Advertisement
HomeBOLLYWOODBollywood ReviewsAngrezi Medium Review: Irresistible Irrfan makes you fall in love with him in this father-daughter drama

Champak Bansal (Irrfan) has been a confused person all his life. Except when it comes to his daughter Tarika (Radhika Madan). He is clear – she is his topmost priority. Stationed in Jaipur, Champak has raised his daughter single-handedly after the demise of his wife, and Tarika is the epicenter of his universe. Besides her, Champak is in a constant squabble with his younger brother (Deepak Dobariyal) over the ownership of the title ‘First Original Ghasiteram’ for the sweet shops the brothers run opposite each other.

Tarika, 17, dreams of freedom and pursuing college in England. She places a bet with her father that if she scores 90% in her 12th exams, he has to let her study abroad. Beating all odds, she manages to score a scholarship but loses out on one due to Champak’s innocent stunt at the school’s annual day function. A dejected Tarika raises questions over Champak’s inefficiency of not being ‘enough’ as a parent, which hurts him deeply. Recommended Read: I was literally shivering everytime we met: Radhika Madan on working with Kareena Kapoor Khan in 'Angrezi Medium'

Champak vows to send his daughter to England, by hook or crook, and what transpires in the next 2 hours (the film is 2.25 hours) is Angrezi Medium in a nutshell. In many twists and turns, Irrfan and Deepak meet Mrs. Kohli and her police officer daughter Naina (Dimple Kapadia and Kareena Kapoor Khan), a videshi dost Babloo (Ranvir Shorey), an ever-supportive neighbour (Kiku Sharda), and a travel agent (Pankaj Tripathi) who take the narrative forward at different junctures.

What ties Angrezi Medium beautifully is Irrfan. He shot the film while battling his illness and there are scenes where you can see he is tired. Yet you cannot take your eyes off from his magnetic presence on screen. Irrfan is an actor par excellence and nothing has diminished his earthy charm. He carries the film on his shoulders with equal parts of strength and grace. 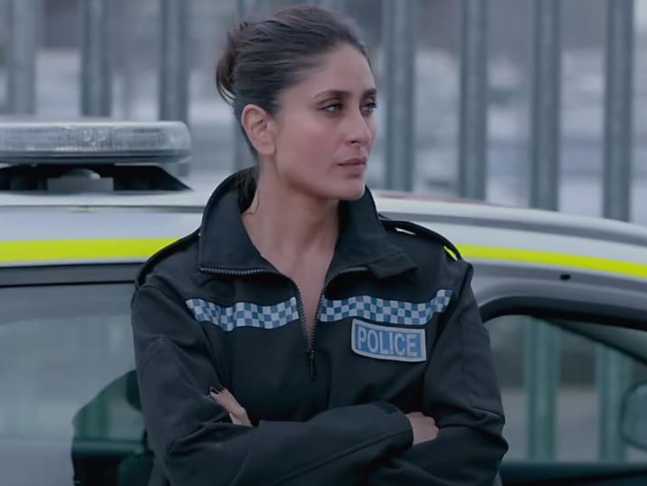 Supporting him ably is the magnificent Deepak who adds dollops of humour with his straight face and clean punches. He fills in the gaps which Irrfan sometimes leaves. Radhika, as the daughter, is vulnerable and childlike yet showcases maturity in her act. Complementing them are Dimple, Ranvir, Kiku and Pankaj, who have a handful of scenes and do justice to their parts. The surprise element is Kareena who lights up the screen with six scenes, making you want more.

A big round of applause to writers Bhavesh Mandalia, Gaurav Shukla, Vinay Chhawall and Sara Bodinar who have beautifully spun the tale of a father-daughter relationship, the dynamics of a single parent, a child’s aspirations and the extent to which a parent goes to fulfill his/her child’s dream. The dialogues are hilarious and based on day-to-day situations with the able star cast in their Rajasthani dialect adding the perfect flavour. Editor A. Sreekar Prasad could have cut out 15-20 minutes from the film as the second half loses momentum at a few places. Anil Mehta’s cinematography captures the vivid bylanes of Jaipur and streets of England and Sachin-Jigar’s and Tanshik Bagchi’s music supports the screenplay. 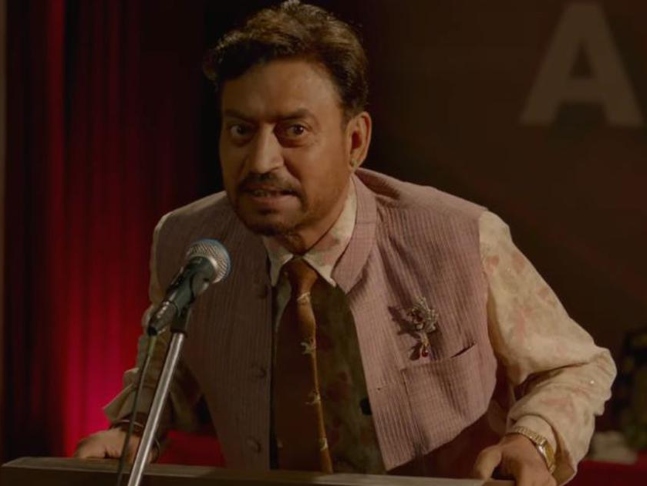 Last, and not the least, is the caption of the ship – director Homi Adajania. He has done a fantastic job of taking forward Hindi Medium (2017). Homi capitalizes on a stellar cast, lead by Irrfan’s heartwarming performance, making it a win-win situation for everyone.