Advertisement
HomeHOLLYWOODHollywood ReviewsSpencer Review: Kristen Stewart shines as Princess Diana in a ‘fable’ born out of ‘true tragedy’ as she breaks away from the British Royal Family

Pablo Larrain’s psychological drama is described as ‘a fable from a true tragedy’ and reimagines three turbulent days and inner turmoil in Princess Diana’s (Kristen Stewart) life as she reluctantly attends a three-day Christmas celebration at the Queen’s Sandringham Estate in Norfolk where she decides to break with her high-profile husband Prince Charles (Jack Farthing) and leave the British Royal Family. She also fears that a fate similar to Anne Boleyn awaits her as her dresser (Sally Hawkins) assesses her position of being the persona non grata and tells her without mincing any words, “They can't change. You have to change." 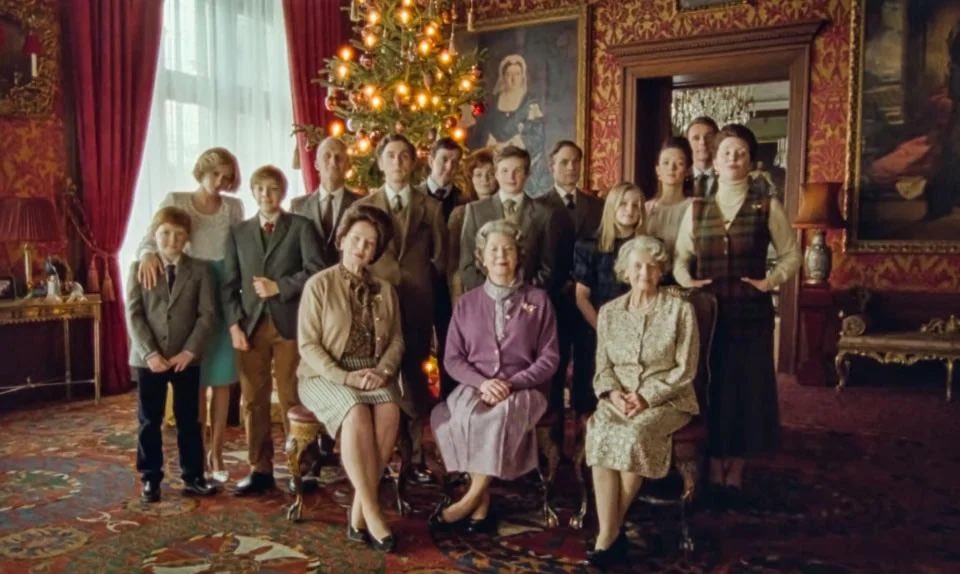 RECOMMENDED READ: Spencer Trailer: Kristen Stewart aces Princess Diana's mannerism and style, gives an insight into her unhappy married life behind all the glitz and glam Spencer does not get into chronological details of Diana’s (nee Spencer) and Charles’ problematic and turbulent marriage, messy divorce or the crown prince’s extra-marital affair with Camilla Parker Bowles (eventual second wife who is never named). All eyes are on Diana as she arrives late for the Christmas weekend at the castle, she is depressed and defiant as she is informed the press is “circling us.” Diana’s existence is slowly being wiped from Charles’ life; her children are being brought up contradictorily to what she wants. She is told what to wear, when to eat, and where to not go even though she wants to be there. The psychological pressure and the trappings of the royal life is what the script explores that seems to overpower Diana. 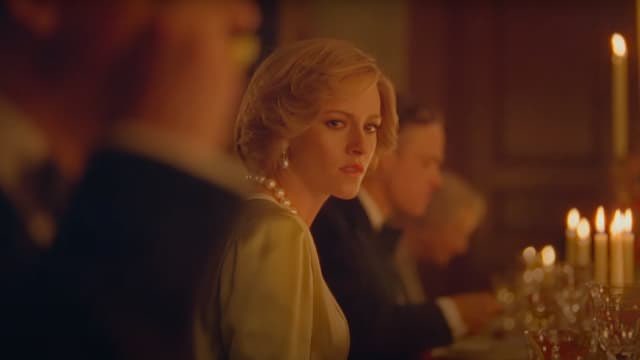 Kristen’s Diana gets to wear opulent and lavish dresses but the lovelorn princess is on the verge of a mental breakdown as the Royal culture has put her in a beautiful prison with golden cage. Her mental upheaval forms the crux of the story with the three days of torment, humiliation, stiffly formal meals (even though she is suffering from bulimia) and countless pre-assigned wardrobe changes showing the trap Diana has been put inside. 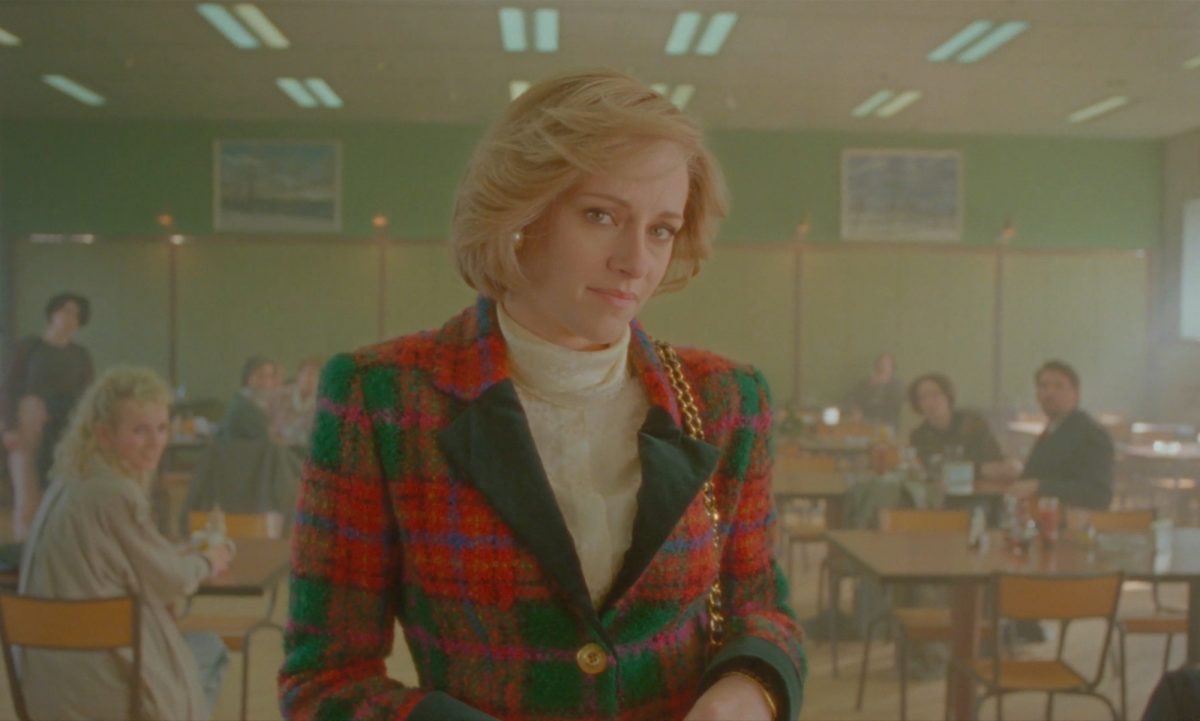 Even though Sandringham is huge but Larrain makes it seem deeply claustrophobic with Jonny Greenwood’s haunting score that expertly exhibits Diana’s mental state. The only rebellion the People’s Princess can muster is changing the pre-assigned dresses to different meals and settings. The film is full of poetic motifs and is haunted by the ghost of Anne Boleyn as Diana darkly identifies with Henry VIII’s second wife and becomes fixated on her tragic fate. 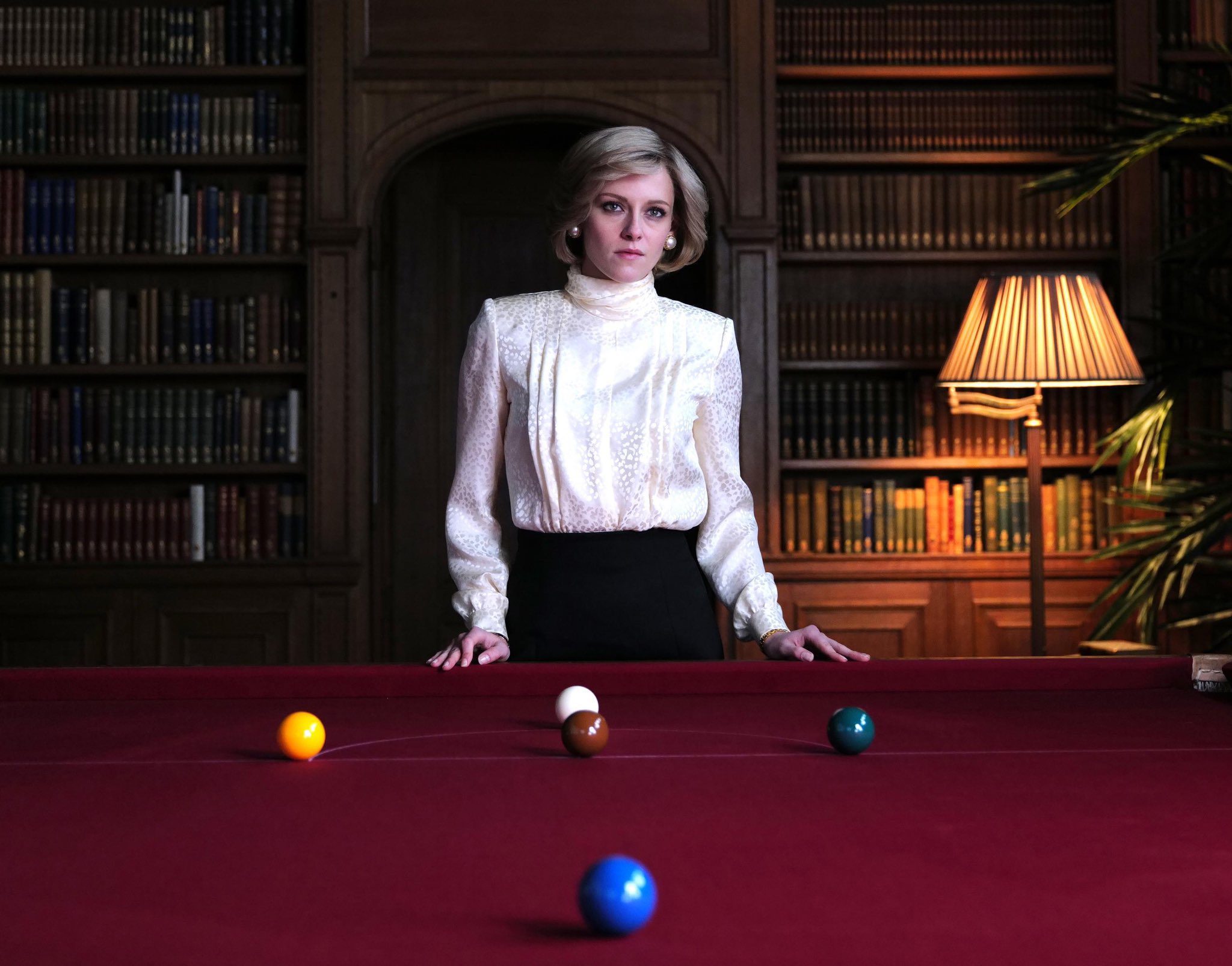 Kristen Stewart is a revelation in Spencer. She emotes more with her eyes and sighs rather than words. She gets into the character expertly and showcases her tremendous range as an actress. Steven Knight and Pablo Larrain make her emote through her demeanour – her eyes become big when unable to take the pressure, even the blinking is measured and her walk gets aggressive and the run through the park gets to you the agony she must be facing. Her head tilt, downward gaze, soft-spoken royal demeanour and mannerisms are impeccably owned by the actress. Kristen does all this and more and gets into the skin of the character yet it’s not distracting to see her as Diana as she is not a doppelganger. Touted as an Oscar nominee, Kristen is already walking red carpets for her appearance in Spencer and we hope she comes out victorious at the gala nights as her performance is top-notch. Kristen also magnificently channels her love towards her onscreen sons as reminiscent of Diana. 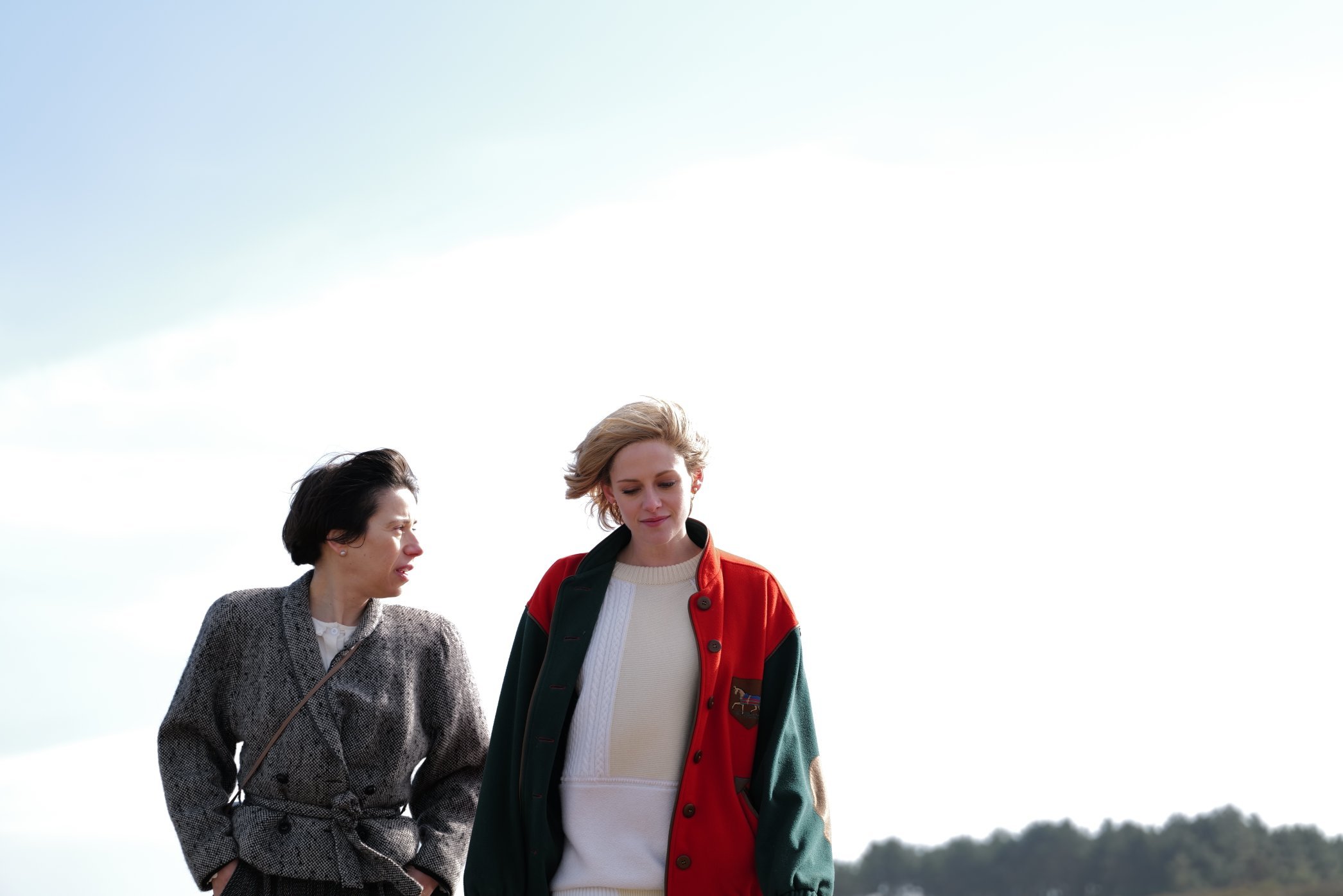 Sally Hawkins plays Maggie, Diana’s dresser and confidante. The bond that they share is special and she is the only person in the royal household who genuinely cares for Diana. Timothy Spall plays a silent spectator in the film but has a pivotal role to play. Jack Farthing as Prince Charles is instantly loathsome that makes his performance impeccable. Stella Gonet’s Queen Elizabeth II does not get much screen time. 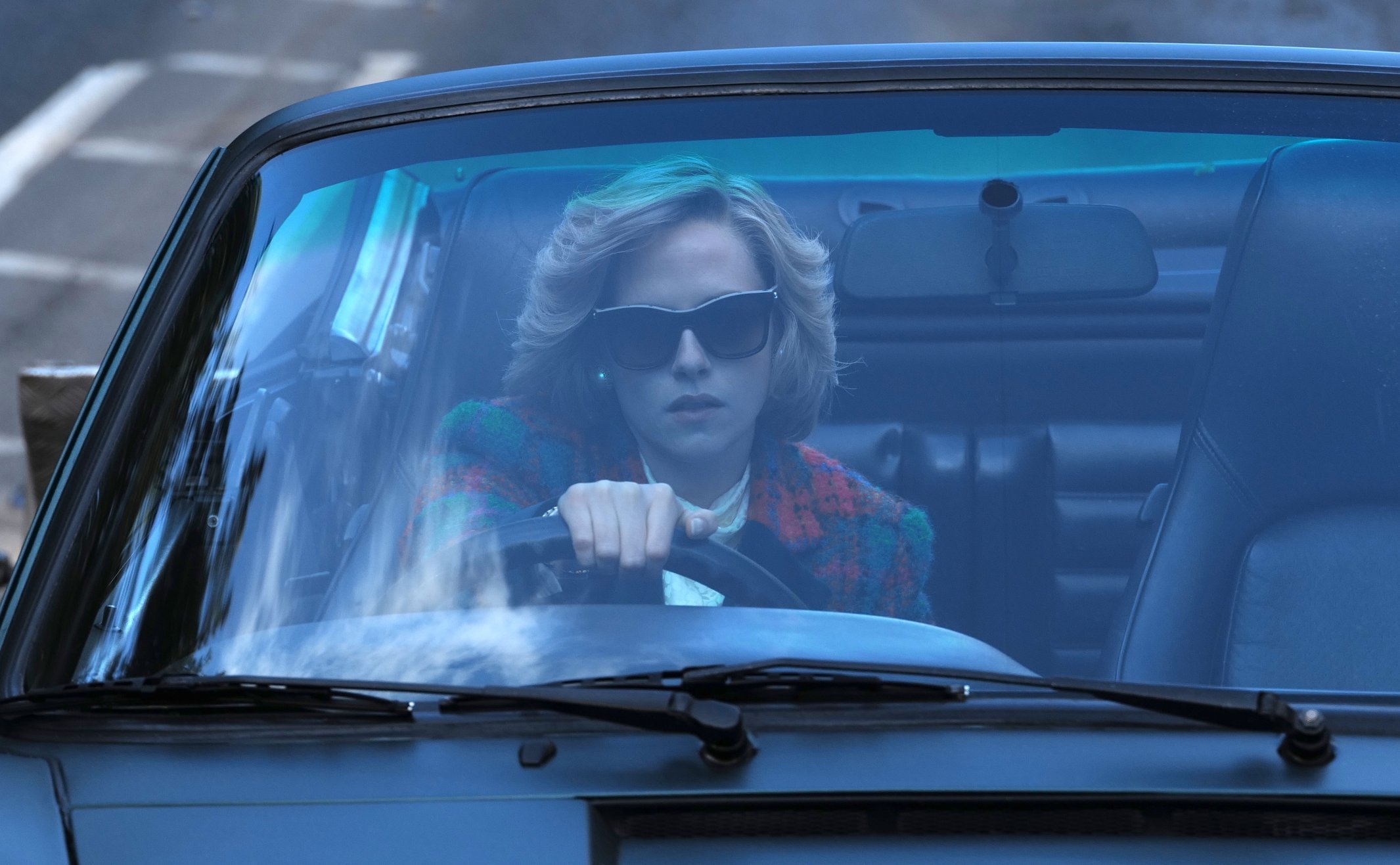 Spencer also scores with Jacqueline Durran’s immaculate wardrobe and Claire Mathon’s arresting cinematography that cleverly makes Kristen appear taller than what she is (since Diana was five inches taller than her). Larrain has perfectly re-imagined and fictionalized the royal nightmare that engulfed Diana’s life in Spencer. He immaculately captures her ordeal and her profound unhappiness and the dilemma between breaking down and breaking free. On the other hand, he expertly transforms the film when he shows Diana interacting with her young sons, William and Harry, whom she was devoted to. The film says a lot without saying much about the woman whose life has been well documented and yet she remains a mystery. 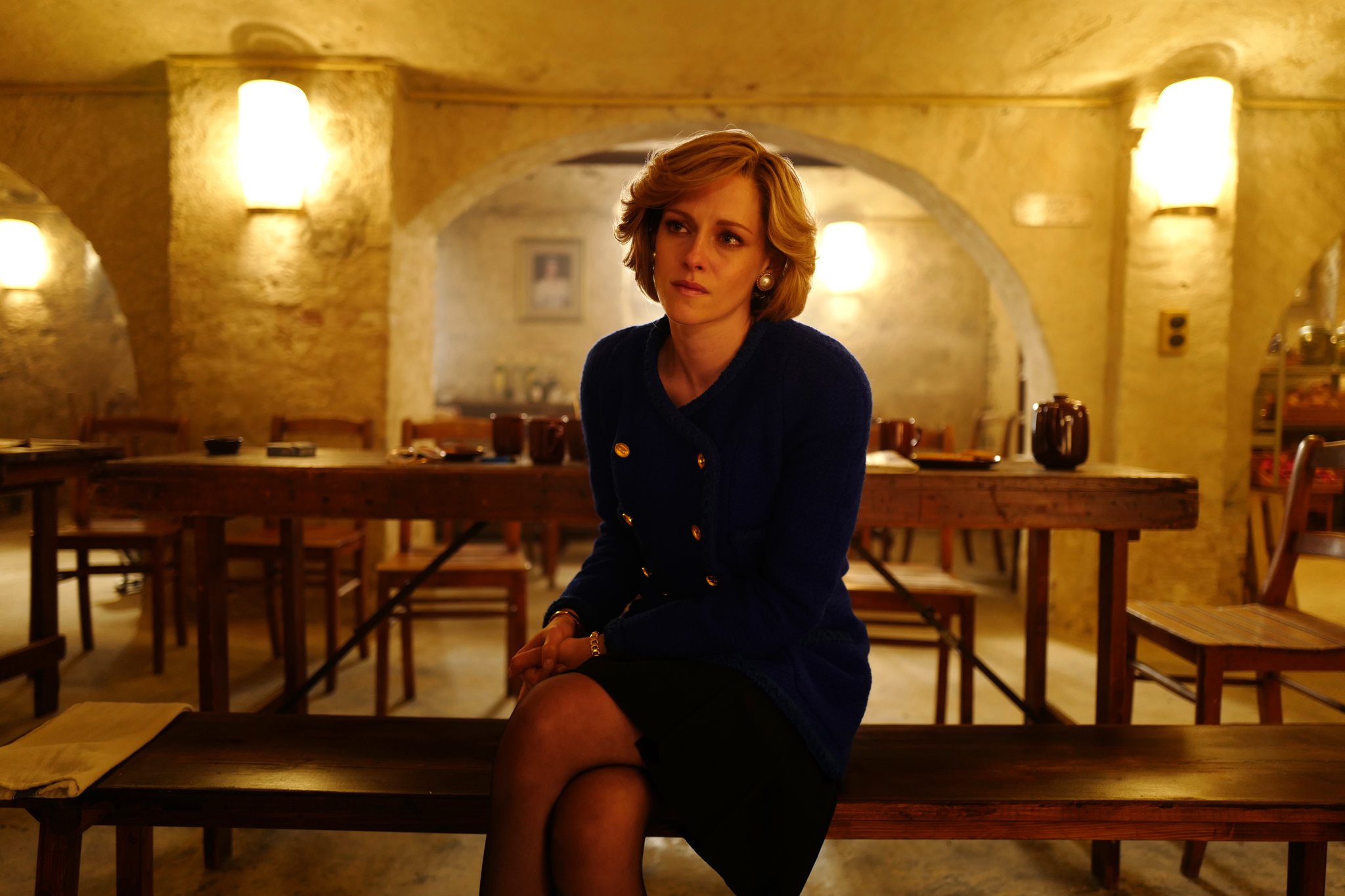 Spencer breaks our notions of privilege and happiness and will make every woman identify with it who does not want continue living a lie and wants to break free and reclaim their life instead of cowering and taking a beating.