The Indian Television Academy (ITA) Awards was held in Mumbai on Sunday evening. The 21st edition of the popular and prestigious awards was a starry affair. Celebrities from television and films graced the red carpet. 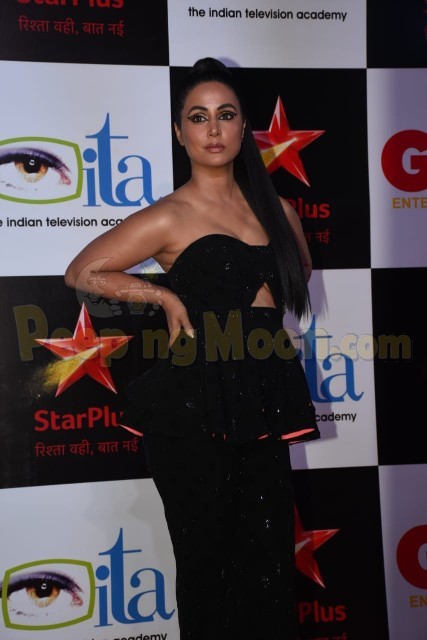 The actress opted for a high ponytail for ITA 2022. 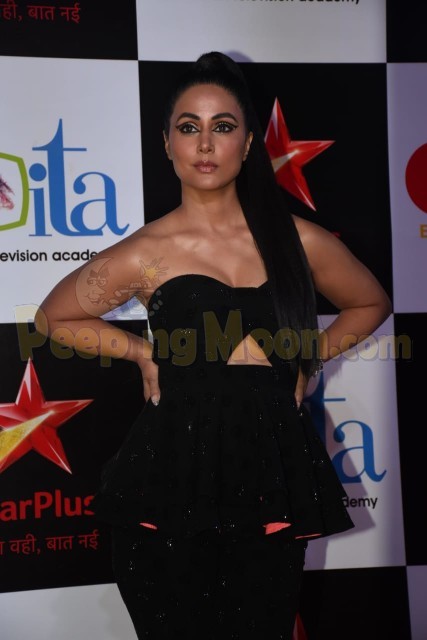 With dramatic winged eyes, Hina stole the limelight with her glam look. 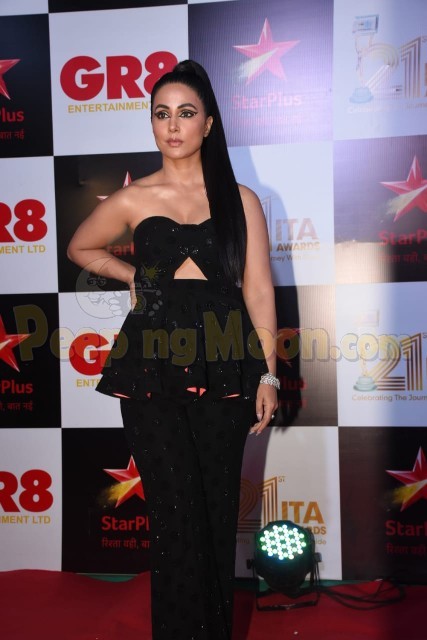 She posed on the red carpet for the shutterbugs. 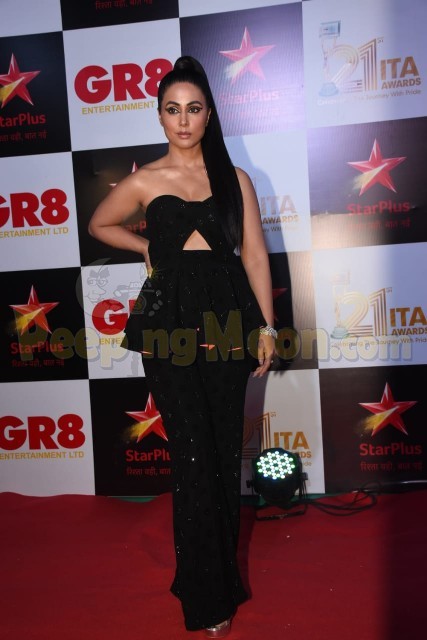 Of late, Hina has been doing multiple music videos. 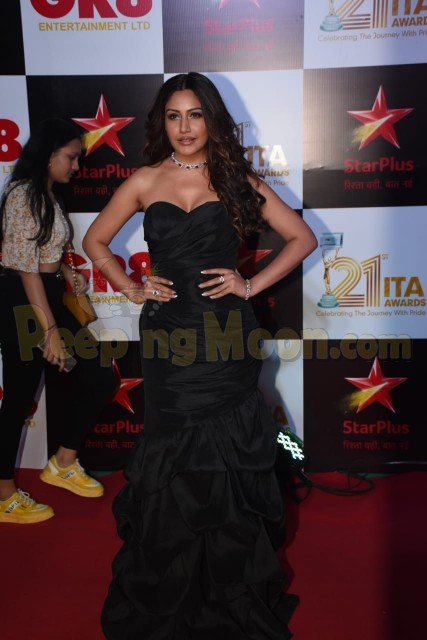 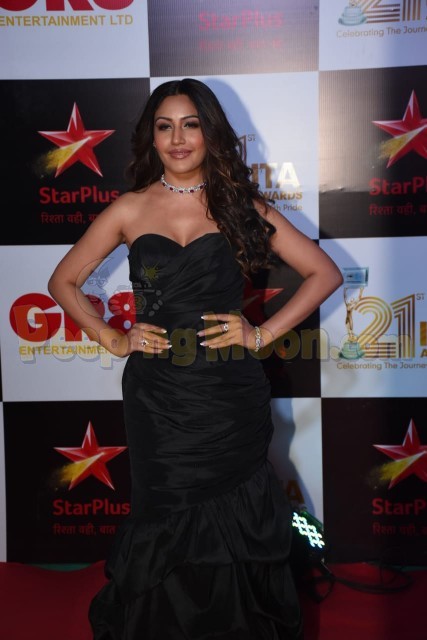 The outfit came with ruffles and allowed the actress to flaunt her perfect curves. 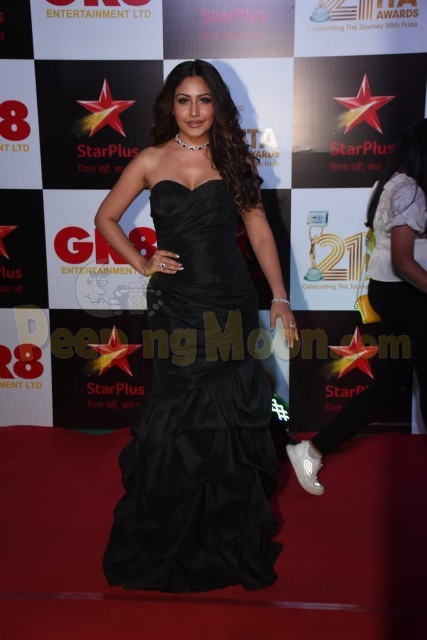 Surbhi completed her look with a dainty choker, a bracelet and rings.

While these divas were dressed in black, Nia Sharma broke the monotone with a white outfit. 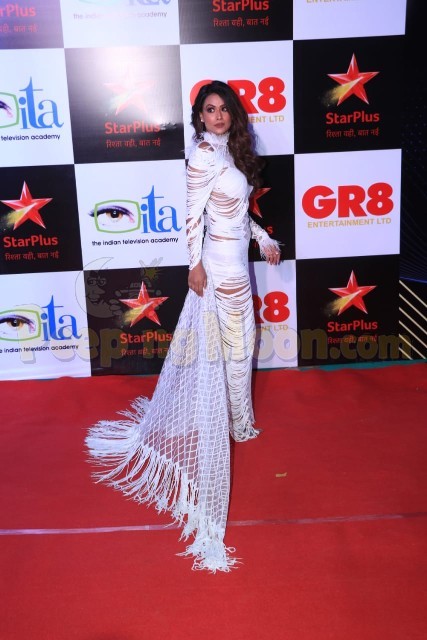 Flaunting her hot bod, Nia made many hearts skip a beat. 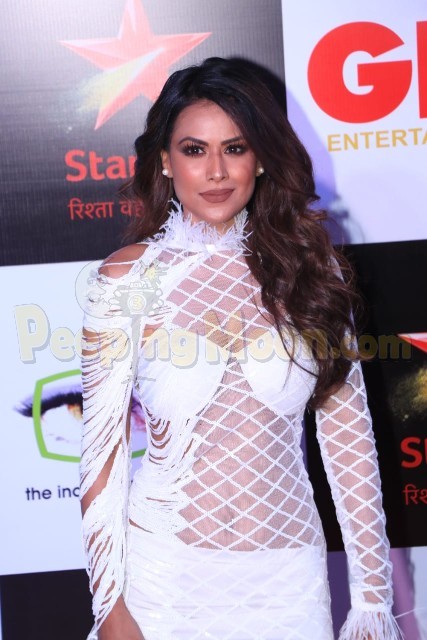 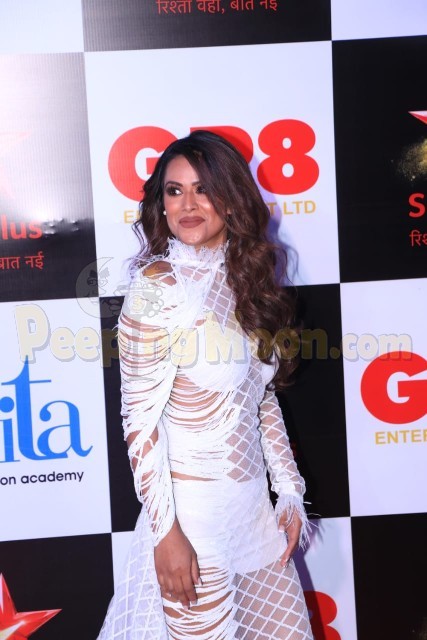 Nia posed for the shutterbugs on the red carpet.

The actress reunited with her co-star and friend Ravi Dubey at ITA Awards. 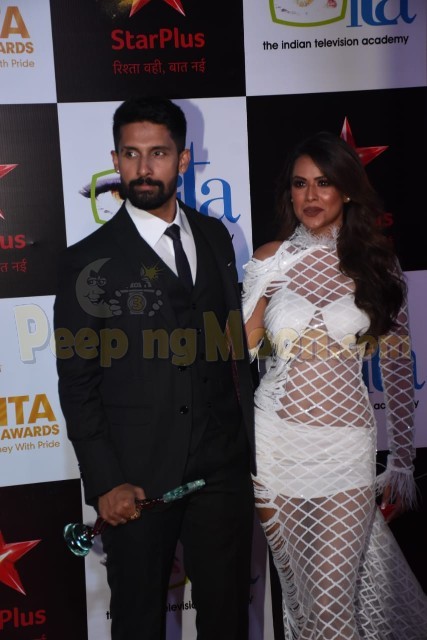 They did a TV show titled Jamai Raja and reunited for the daily soap's OTT sequels Jamai 2.0 and Jamai 2.0 Season 2.

Ravi was suited up for ITA Awards. 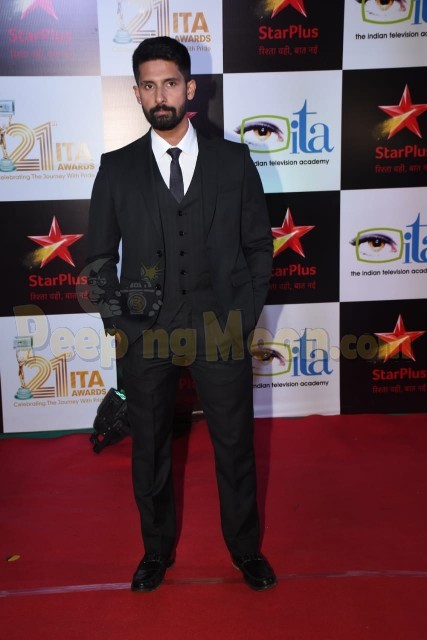 The dapper actor, who won hearts with his acting skills, is now a successful producer too. 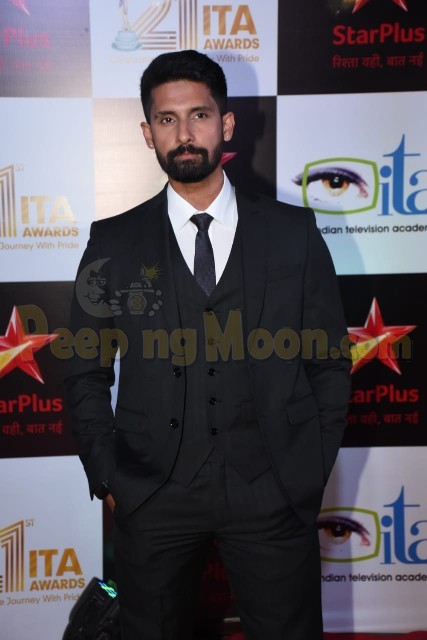 Ravi and his wife Sargun Mehta's recent show under their production house went on air recently. The show is titled Swaran Ghar.

Helly Shah was also at the awards ceremony. 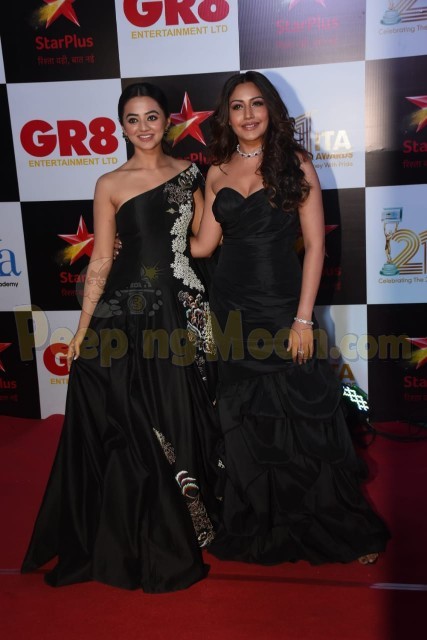 She posed with Surbhi for pictures. The actresses looked lovely in black.