Holi 2020: Varun Dhawan along with his girlfriend Natasha Dalal marks his presence at Aarti Shetty's bash

On Tuesday, the nation welcomed the festival of colours Holi with joy and fervor. Soaking into the colourful vibes, citizens of all age groups let their hair loose. With festive cheer all around, how can Bollywood stay behind? B-Town members stepped out to bring in Holi with their near and dear ones. 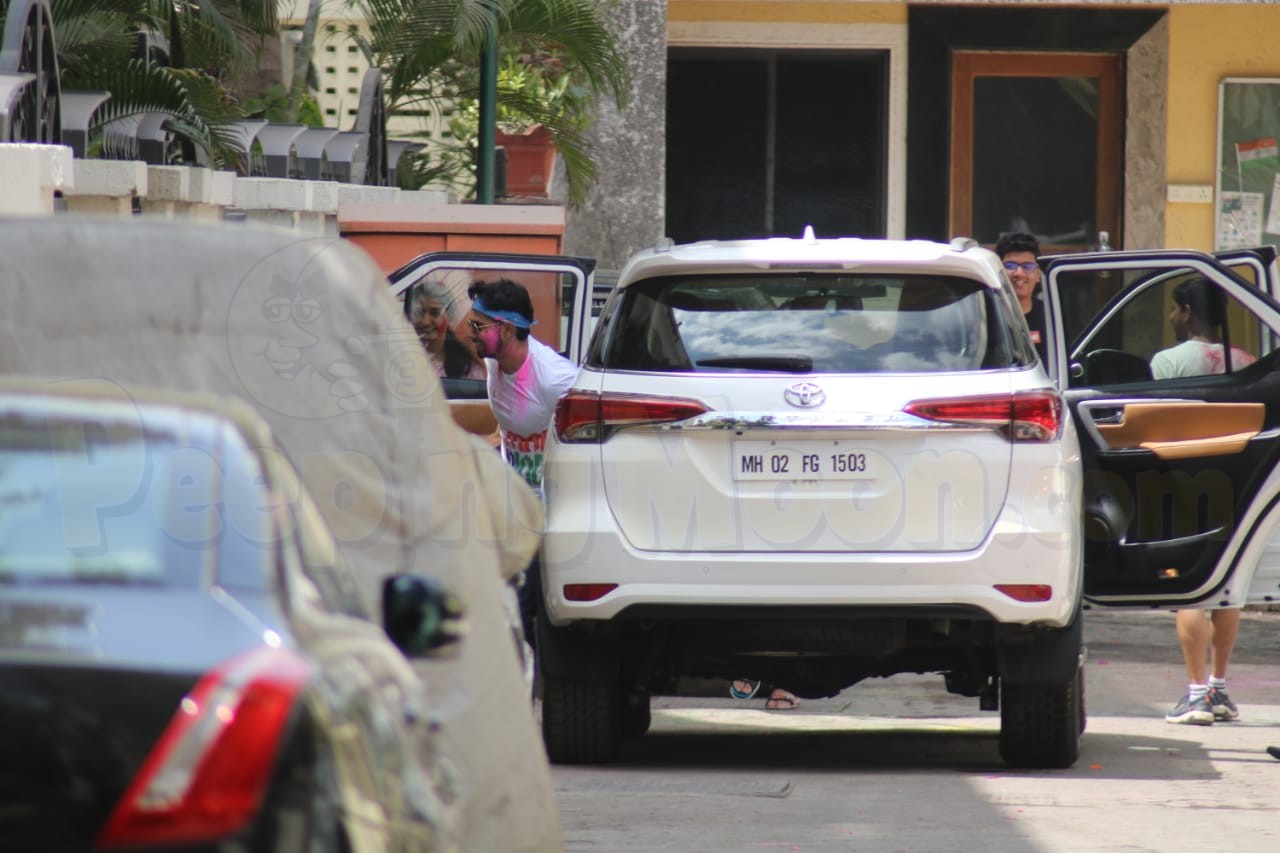 Our shutterbugs caught a glimpse of Varun dressed in a white tee and had gulaal smeared on his cheeks.

For the party, Natasha opted for a printed tee and shorts. 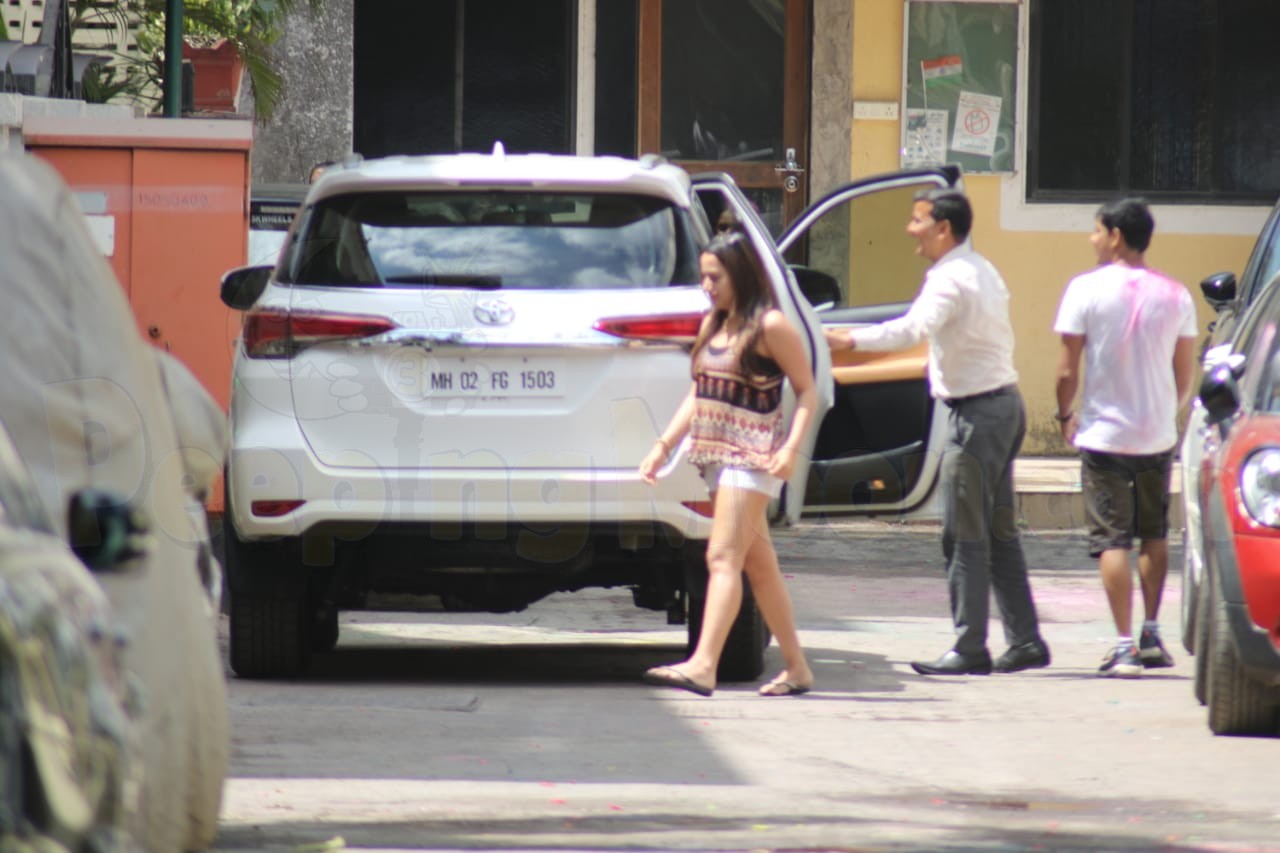 Our shutterbugs caught a glimpse of her as she stepped out of Varun's car. 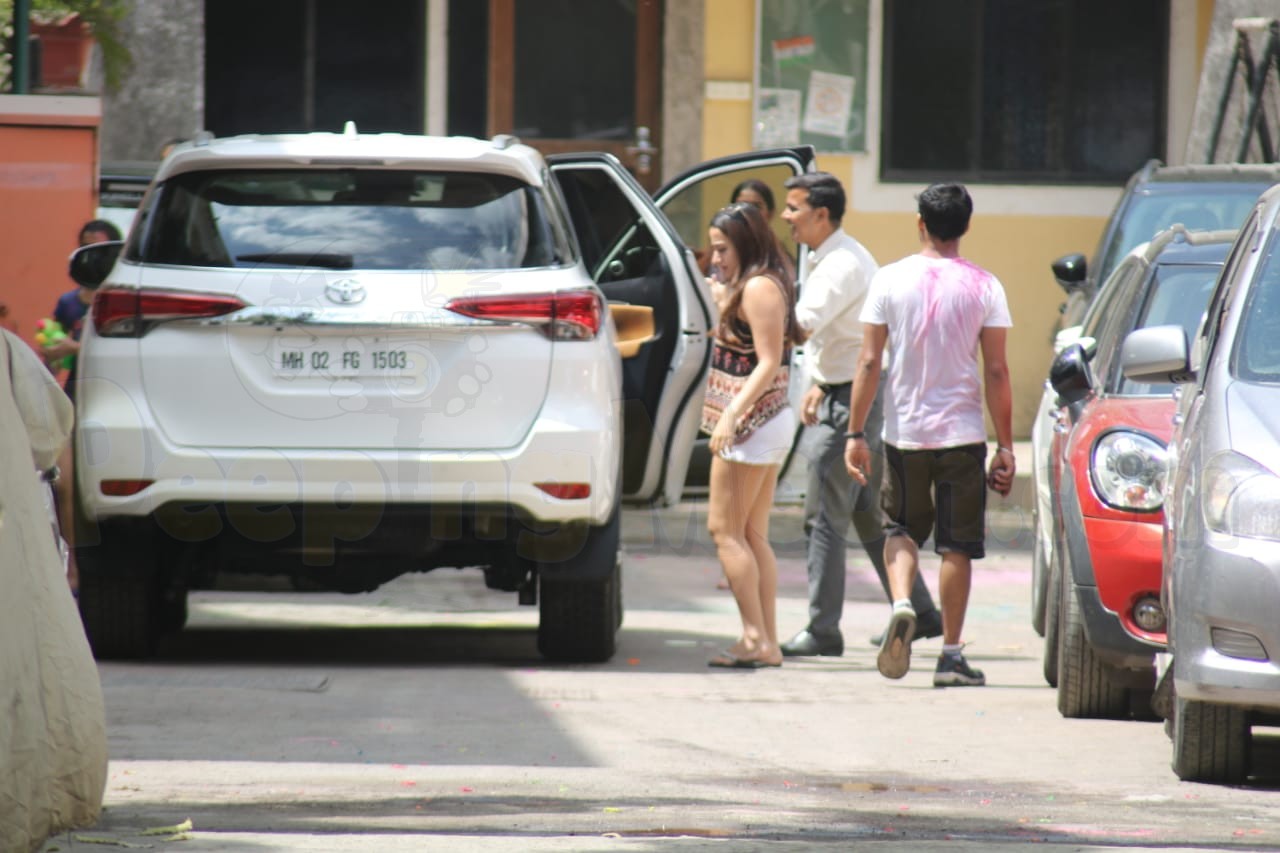 Talking about Varun's and Natasha's wedding, PeepingMoon.com sources suggest that the couple will tie the knot in the month of May. Initially, the location was said to be Thailand, but owing to Coronavirus scare, they are in plans to marry in India itself.

After ringing in New Year 2020 together, Alia Bhatt and Ranbir Kapoor

Deepika Padukone-Ranveer Singh jet off to Maldives for New Year's holidays; Kiara Advani-Sidharth Malhotra head out for their island vacay!

After testing negative for COVID-19, Kareena Kapoor Khan steps out for her annual Christmas lunch with Saif Ali Khan, Taimur and Jeh