The official festive season in the country has finally begun with Diwali being around the corner. And as everyone soaks into the festive spirit, the who's who of India step out in their fashionable best to attend and host grand Diwali bash. Among the best sought after parties remain to be the one hosted by the renowned Ambani family. Keeping up with the tradition, Nita Ambani and Mukesh Ambani, on Thursday held a star-studded bash in the city and played host to the members of their Indian Premier League team Mumbai Indians, who bagged the winner trophy this year. In attendance at the party were Hardik Pandya, Zaheer Khan with his wife Sagarika Ghatge, Yuvraj Singh and his wife Hazel Keech and Rohit Sharma along with his wife Ritika Sajdeh.

The host of the night, Nita and Mukesh made for an elegant sight as they opted for a classic look. Dressed in an exquisite pink saree, Nita was an embodiment of grace while Mukesh looked dapper in kurta. Apart from a regular Diwali celebration, this year's party held special importance as the couple's children Isha Ambani and Akash Ambani celebrated their first Diwali after their wedding. While Isha, dressed in a pretty saree, attended the party alone, Akash arrived with his gorgeous wife Shloka Mehta. 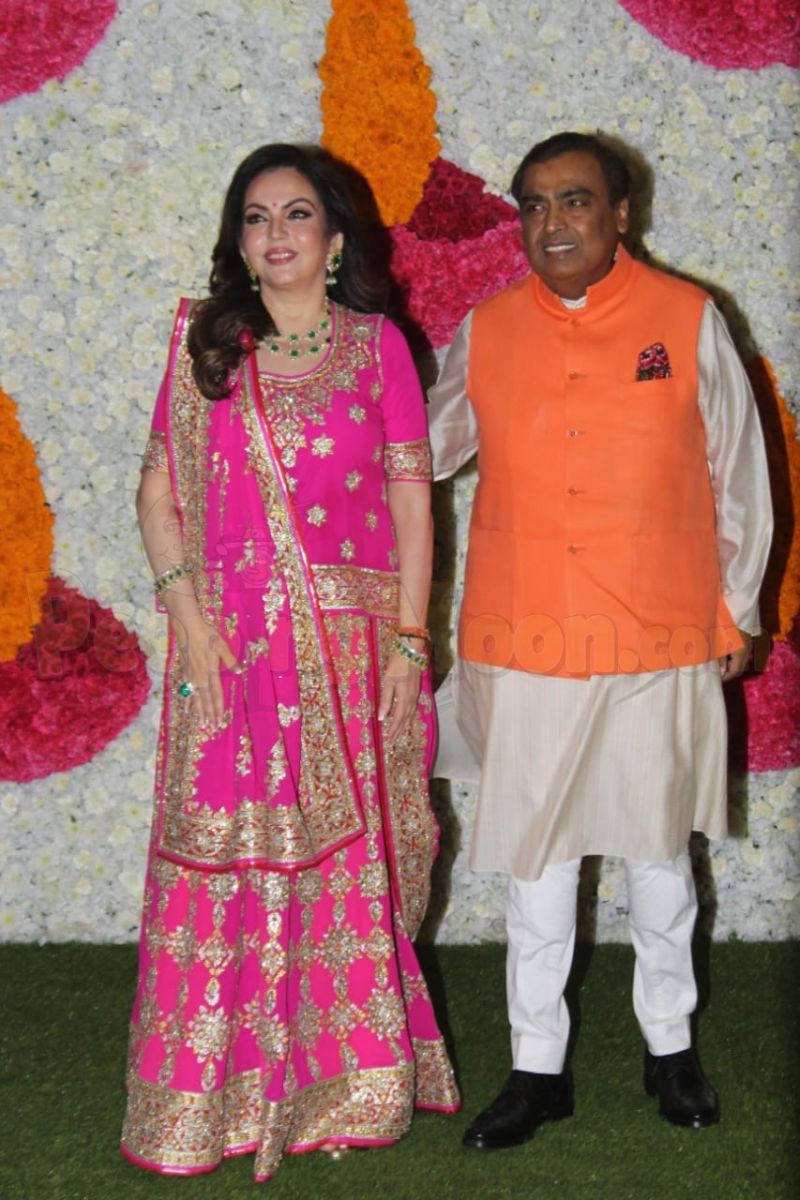 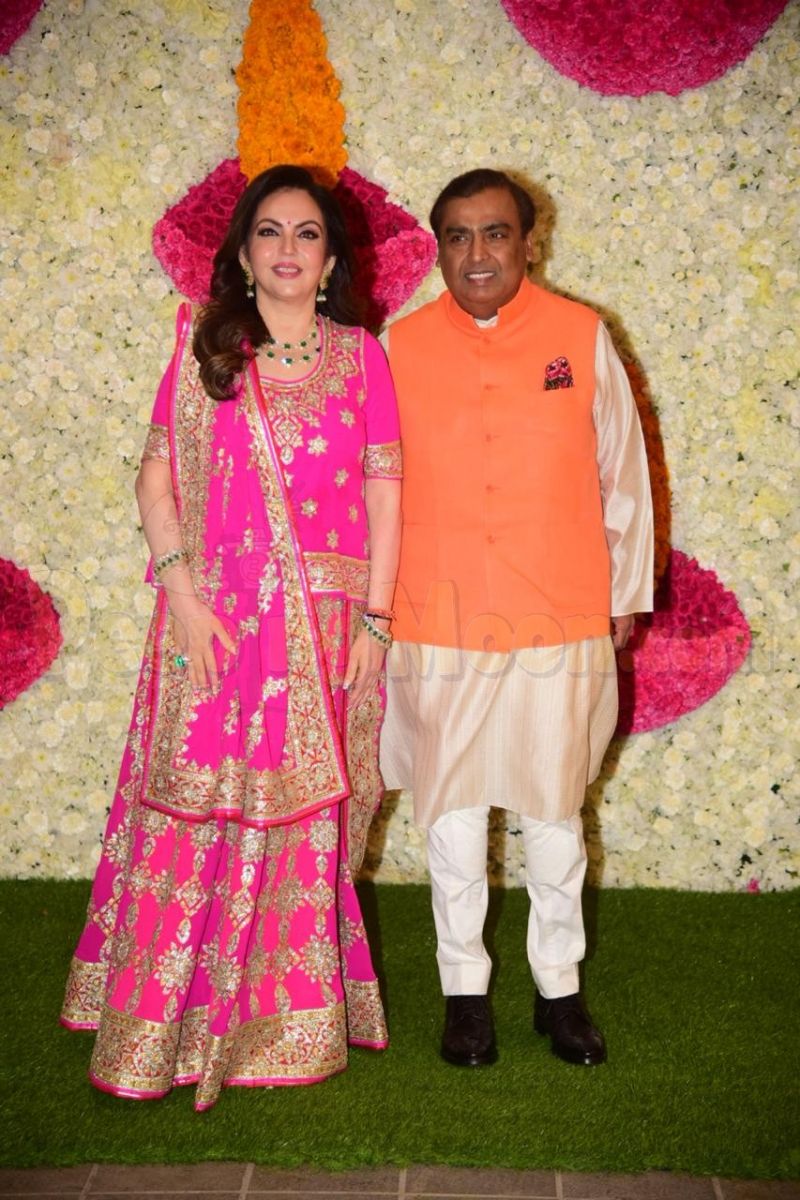 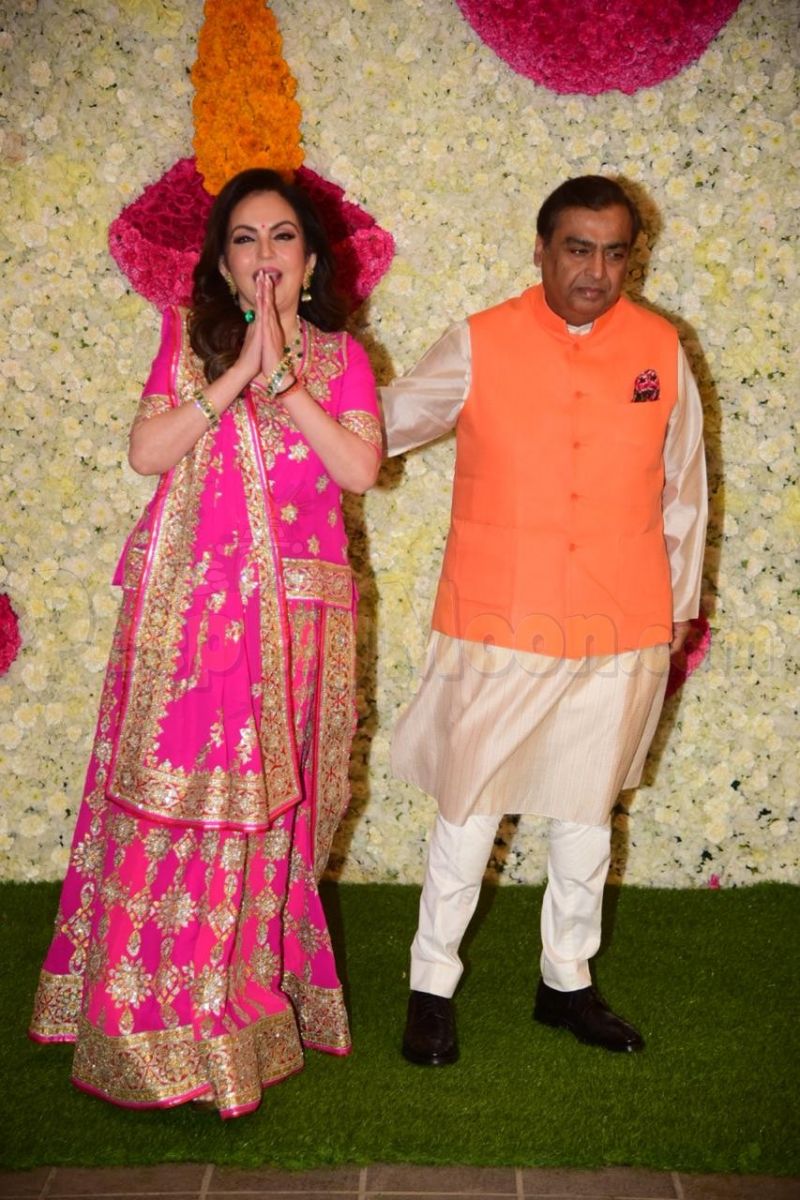 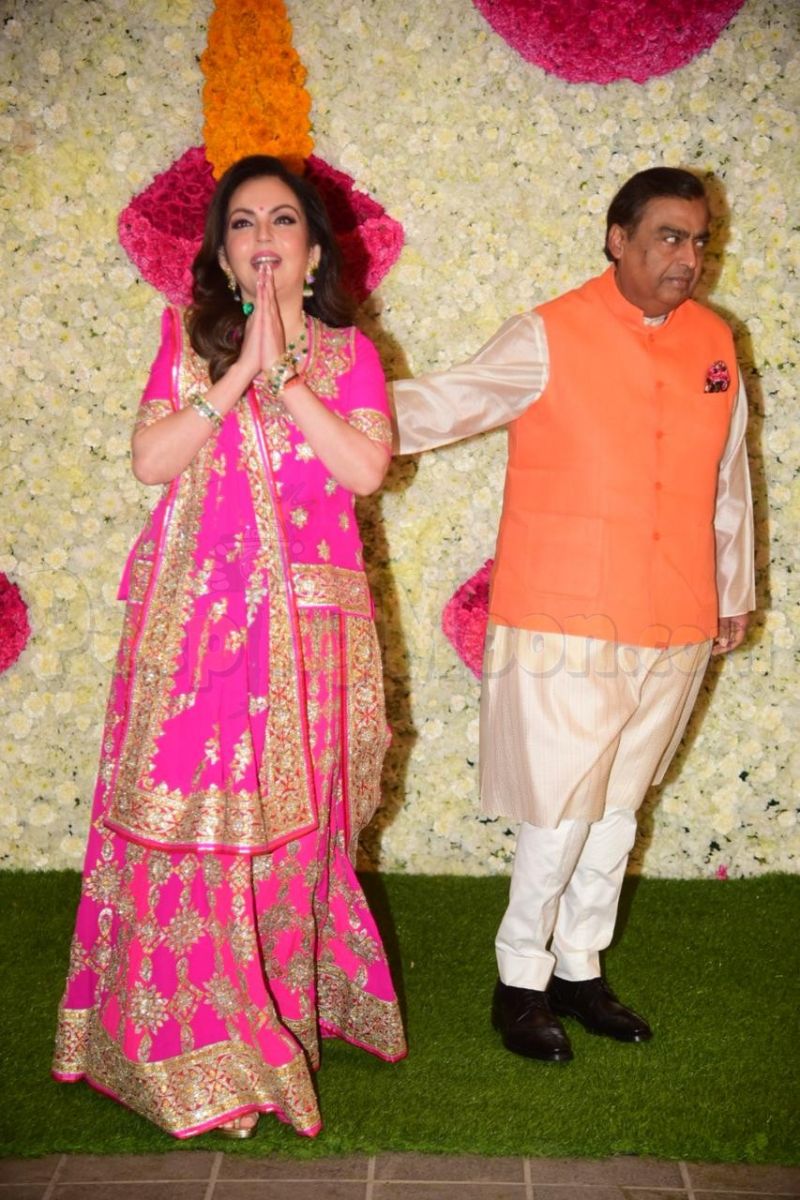 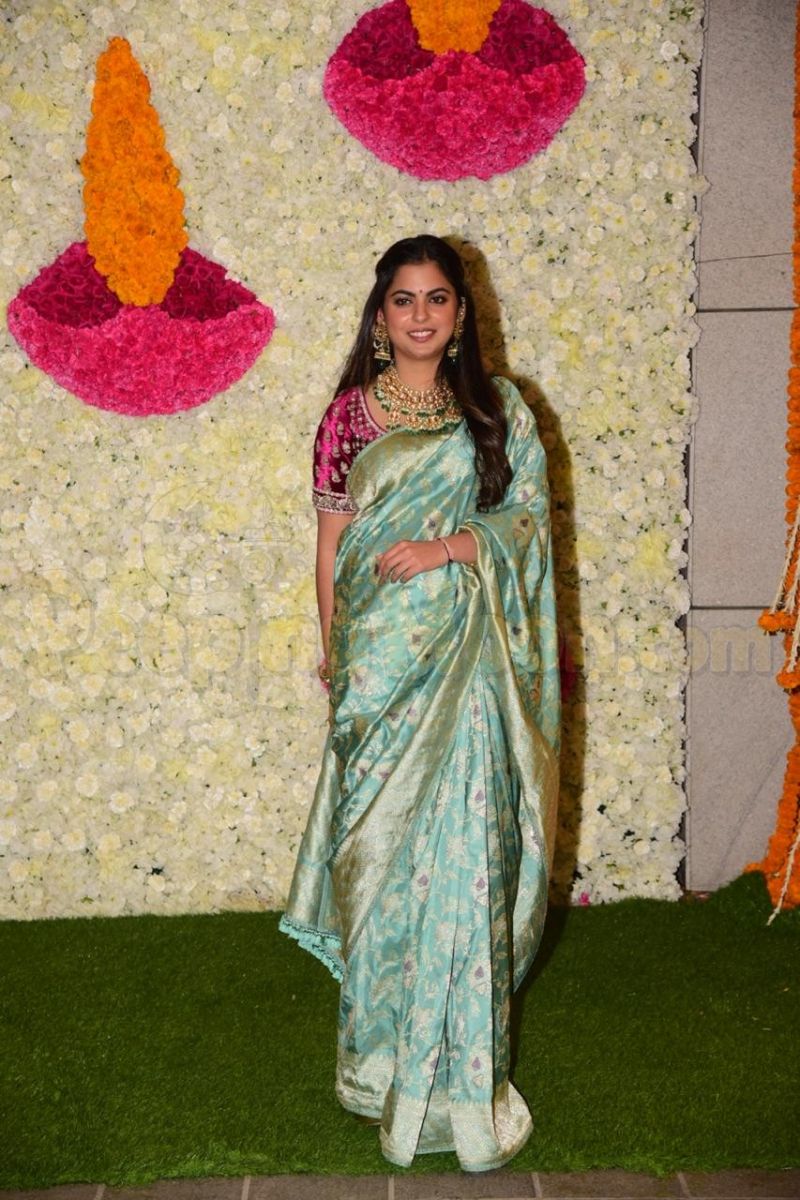 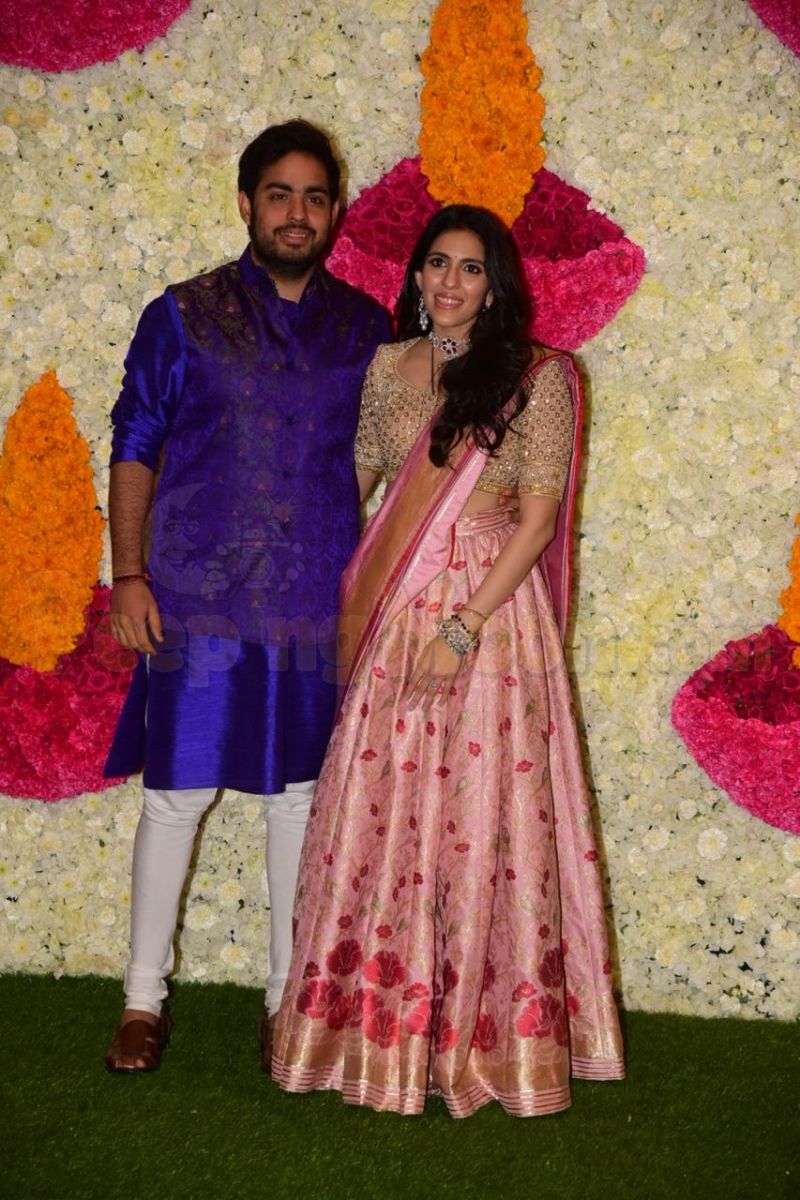 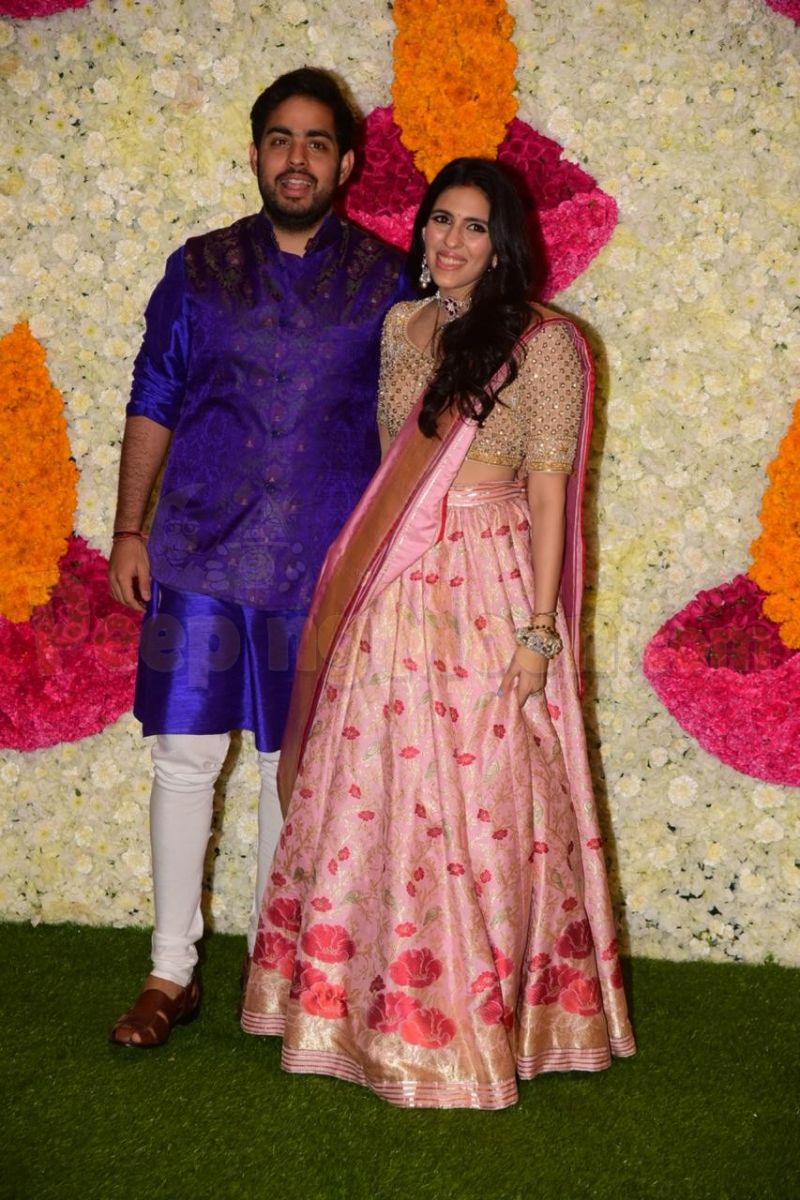 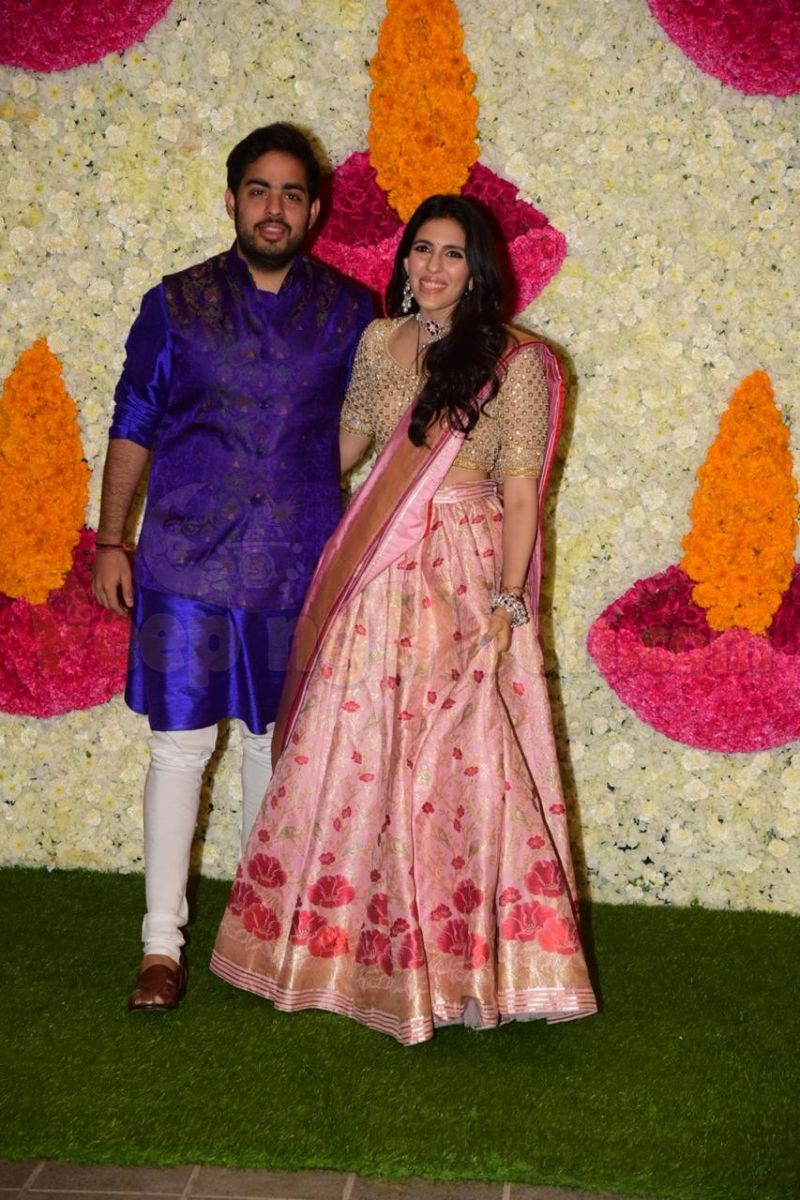 Hardik attended the party with his brother, cricketer Krunal Pandya. Posing for the cameras, Hardik kept his look simple yet classy. 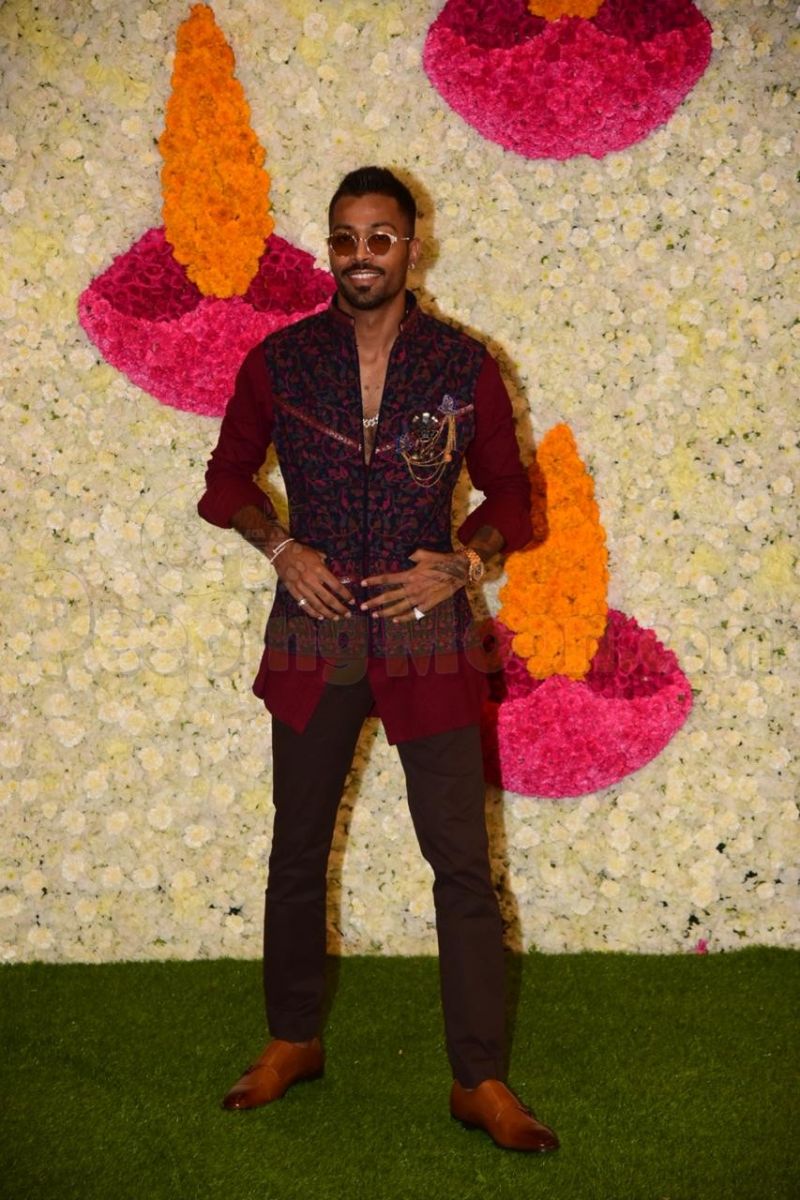 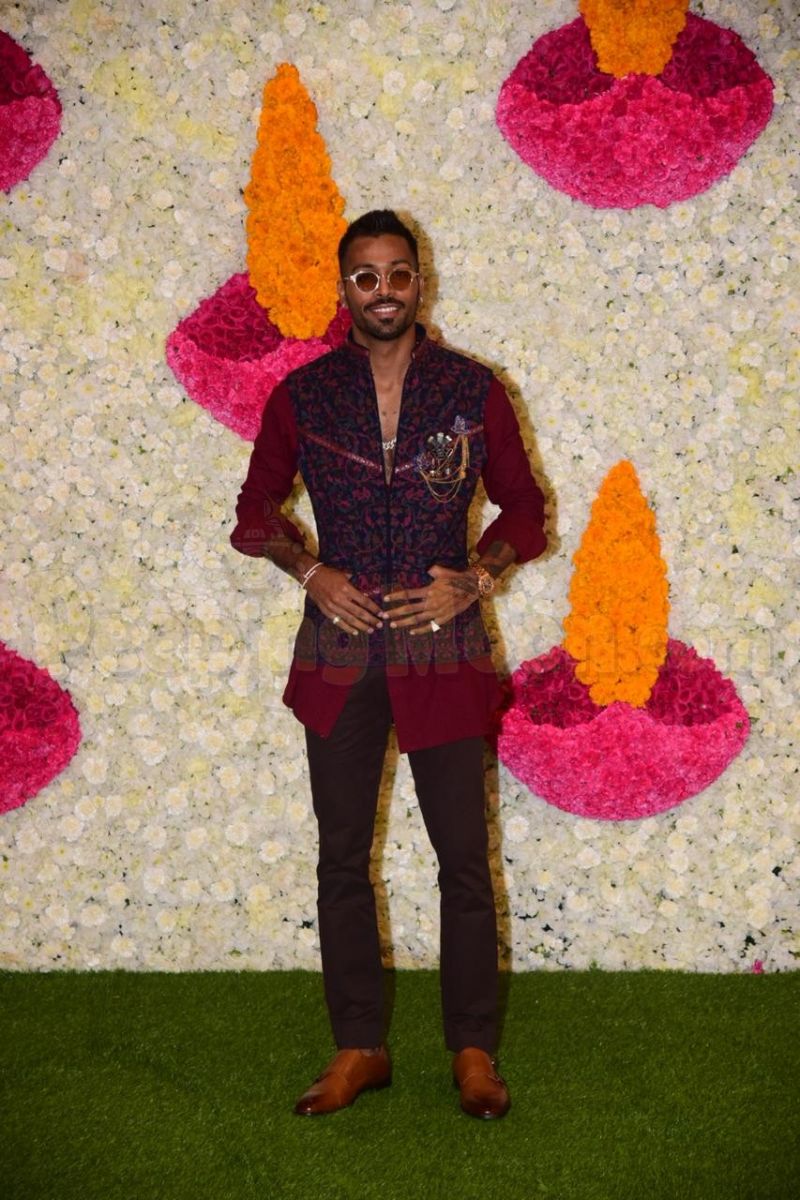 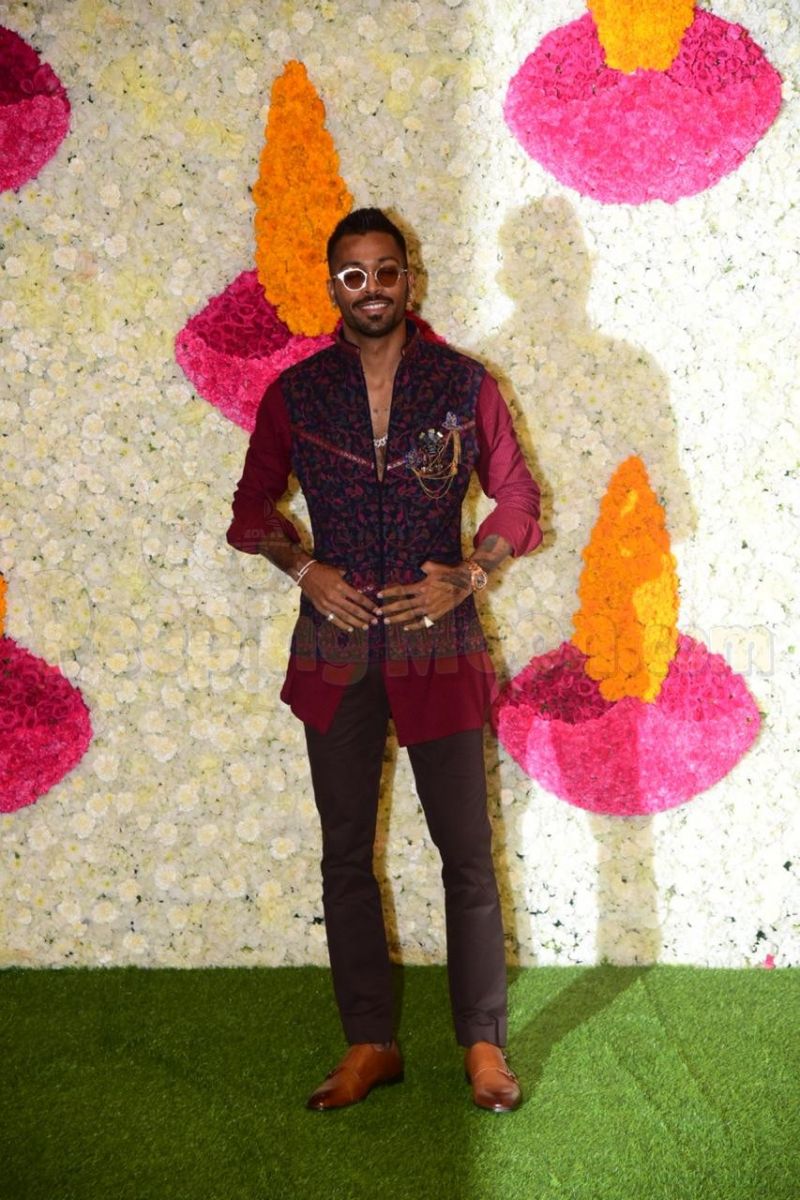 Sagarika looked beautiful in a red dress while Zaheer made for a handsome sight in black. Posing for the cameras happily, the couple was all smiles. 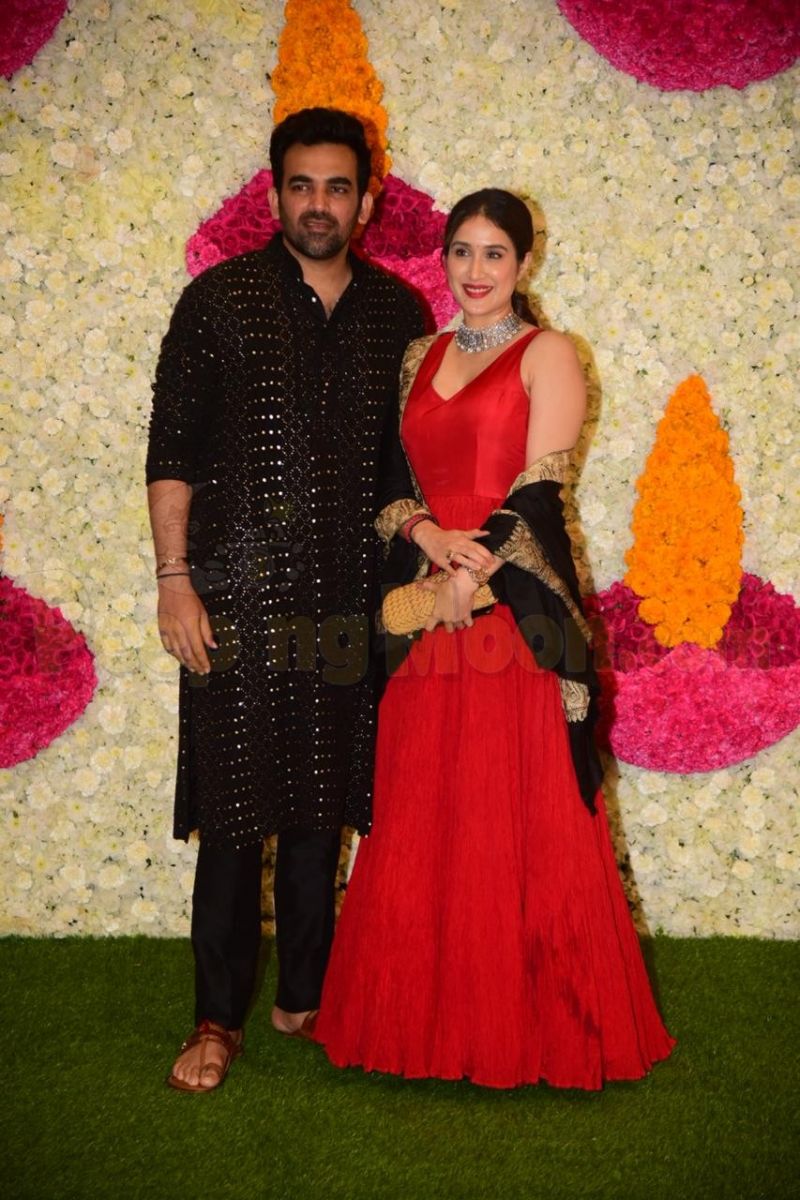 Yuvraj and Hazel stunned in traditional wear as they posed for the cameras. 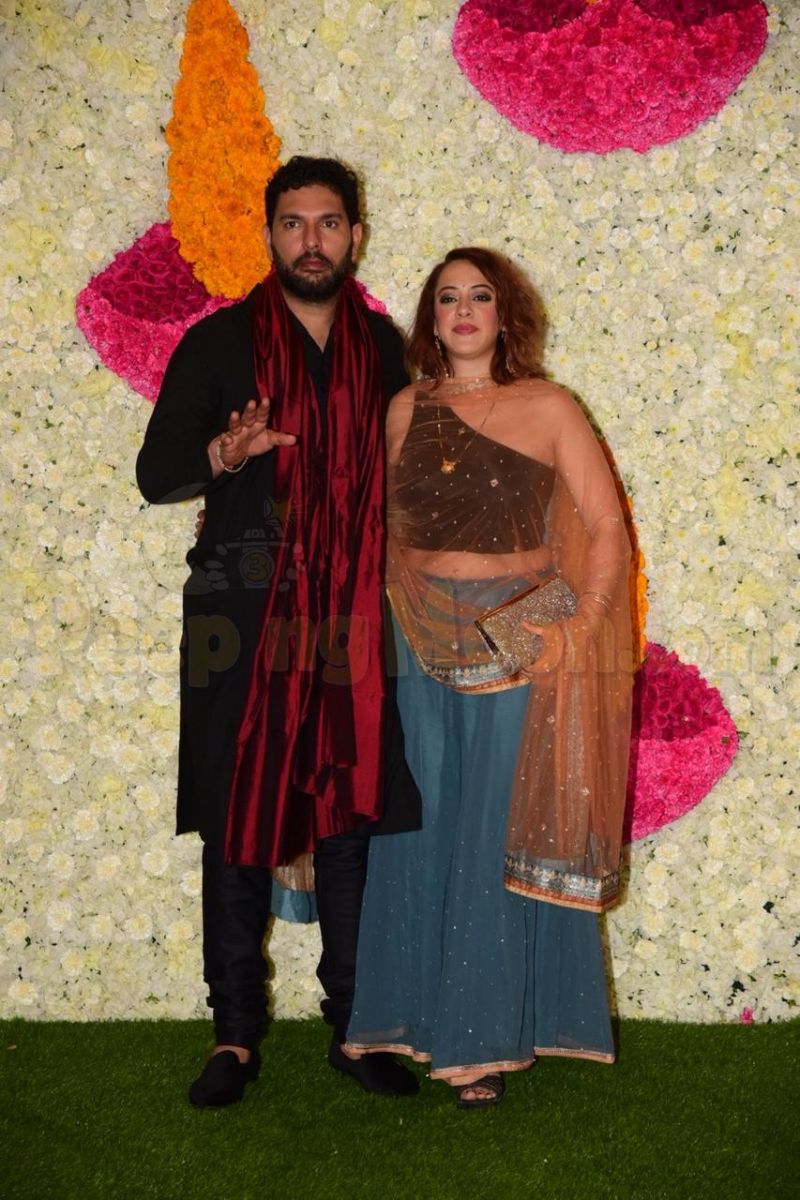 Rohit and Ritika complemented each other well as they attended the bash. 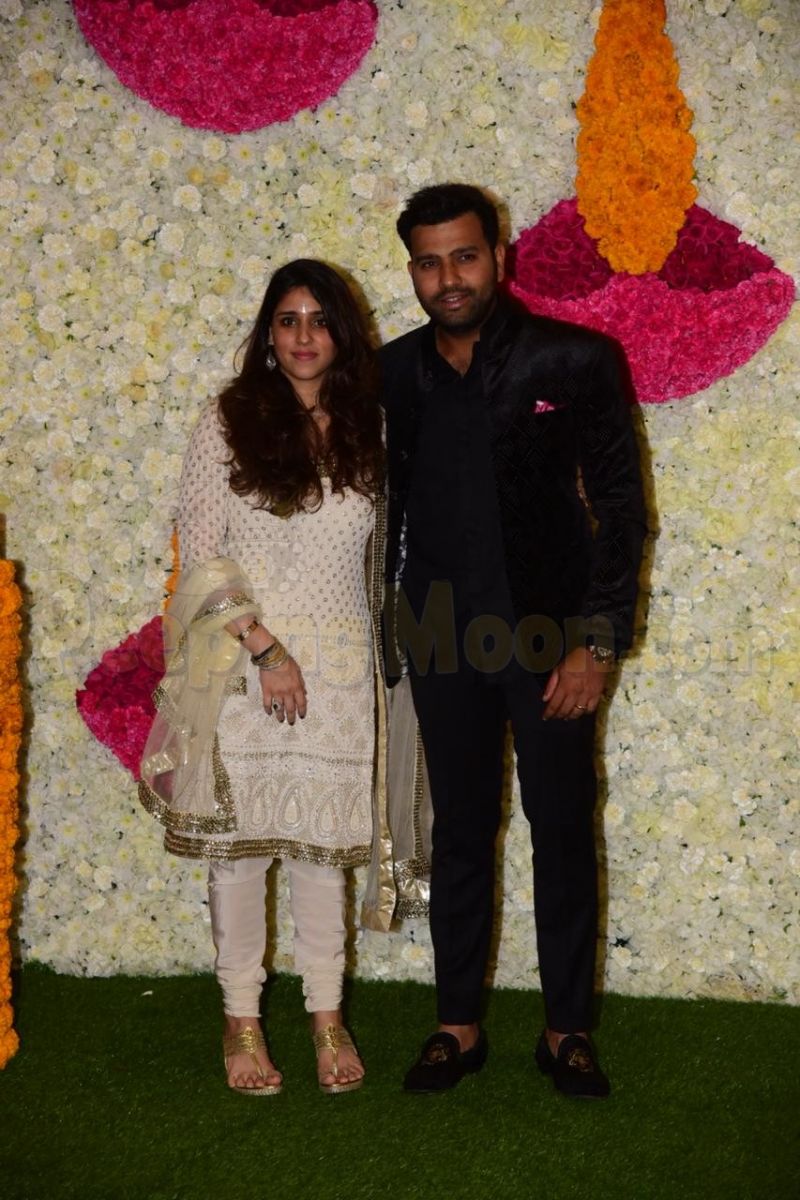 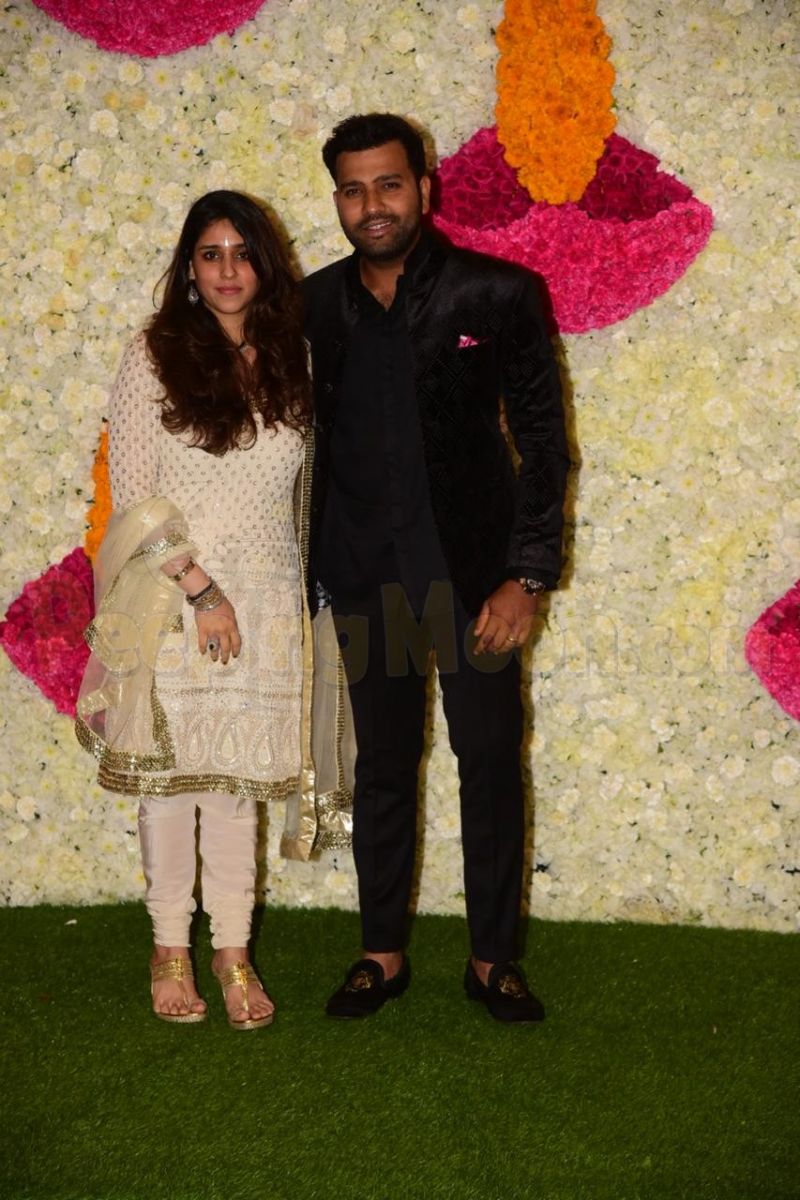