Advertisement
HomePHOTOSPAPARAZZIIn first of its kind promotional strategy, Akshay Kumar, Riteish Deshmukh, Kriti Sanon and team of Housefull 4 to travel by train to New Delhi with 'Housefull Express With Media'

In first of its kind promotional strategy, Akshay Kumar, Riteish Deshmukh, Kriti Sanon and team of Housefull 4 to travel by train to New Delhi with 'Housefull Express With Media'

Sajid Nadiadwala's upcoming comedy of errors Housefull 4 is among the highly anticipated films of the year and why not. With a stellar cast of Akshay Kumar, Riteish Deshmukh, Kriti Sanon, Pooja Hegde, Bobby Deol and Kriti Kharbanda playing central characters, the film assures to a laugh riot and an ultimate Diwali firecracker at the box-office. As the film is inching closer to its theatrical release, the cast has been keeping on their toes with promotions in the city. And now, with just nine days to go, Akshay, Kriti Sanon, Riteish, Bobby, Pooja and Kriti Kharbanda are all set to take the promotions to Delhi, but not without an exciting twist. As a promotional strategy and a way to engage with media, the team devised a plan where the lead cast will be taking the train route to the Capital along with media.

Named Housefull Express With Media, a train designed with posters of Housefull 4 will down run to New Delhi from Mumbai Central on Wednesday. This is the first time that promotions will take place on wheels and we can't wait for more. In a first-ever development in the history of the nation, Indian Railways has brought about a new and interesting addition to its services. The oldest network of railways, Indian Railways has inaugurated its ‘Promotion on Wheels’, a new concept which kicks off today with the entire cast of the upcoming movie, Housefull 4 on-board for the promotions on its Mumbai to Delhi route. The new concept brings about promotions in the entertainment industry on the wheels on the train where the vehicle has been especially dedicated for the promotional activities. Sajid Nadiadwala’s Housefull 4 marks itself as the first film which will hold its promotional tour from Mumbai to Delhi on the train. In the presence of the entire cast of Housefull 4 and the media fraternity, today’s day marks a new chapter in the history of Indian railways. 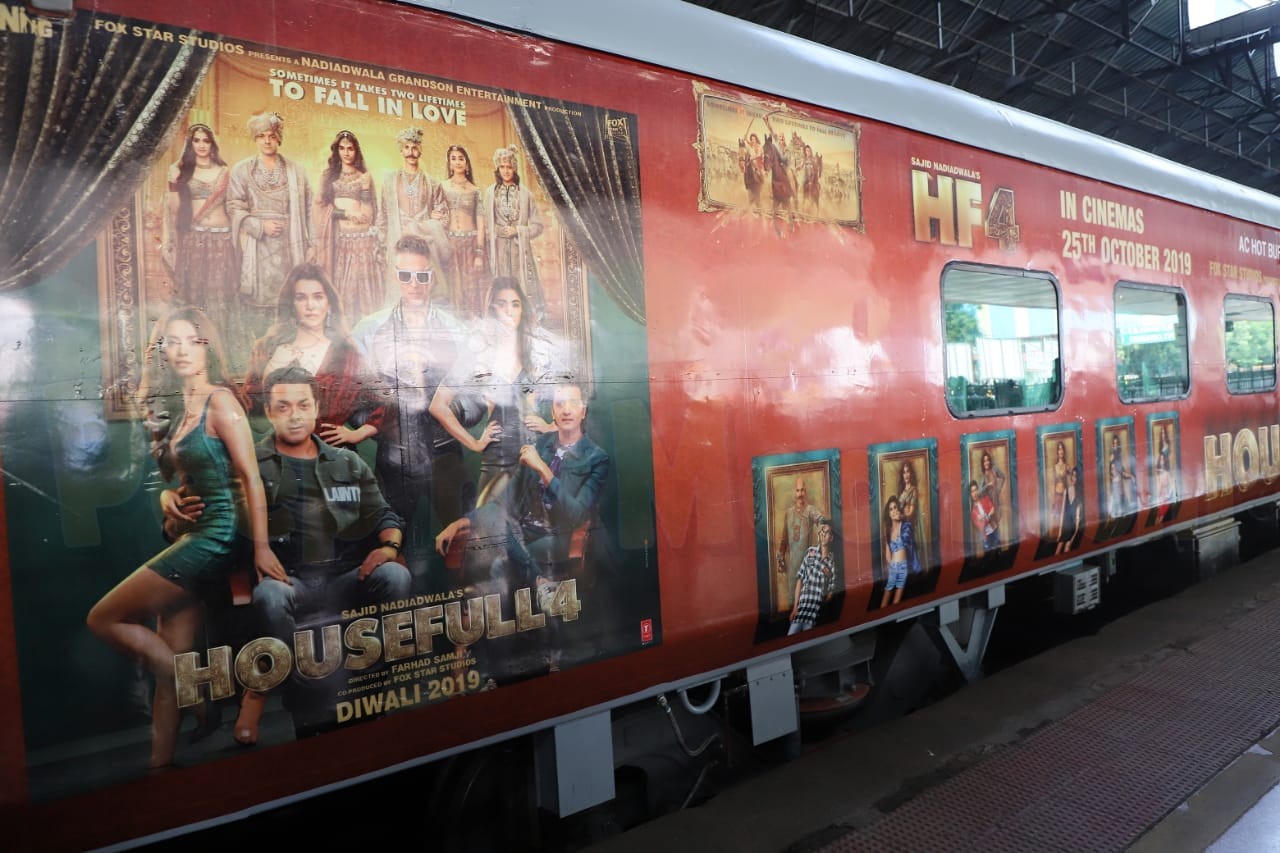 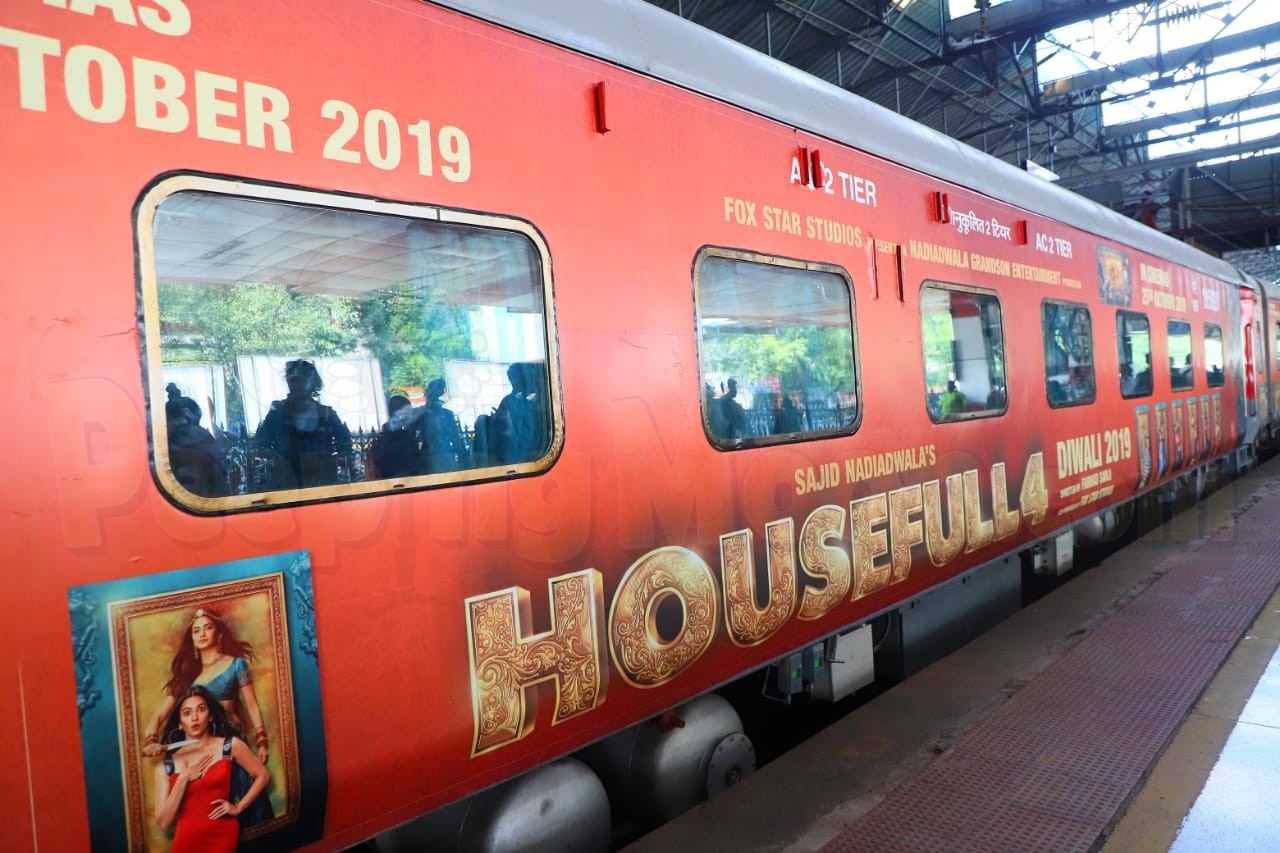 Filmmaker Sajid Nadiadwala shares, “I’m extremely delighted to hear about this great Initiative by the government and the Indian Railways. This coming together of the industry on-board the wheels will chart new paths and will mark new horizons as a greater contribution to arts, culture and the history of India. The entire cast is excited for this whole new experience.”

The Indian Railways and IRCTC finds its services and metamorphosis, keeping up with the times and this new concept is surely a step to take the entertainment industry deeper into the routes of the nation as a new chapter with this launch today. Vijay Singh, CEO Fox Star Studios, shares, "Houseful 4 is excited to partner with the Indian Railways for a unique train journey from Mumbai to the capital city. The train ride will take the entire cast of Houseful 4 and media through a mad journey, just as the film promises and prep the audiences for the release of the film on October 25th”