Priyanka Chopra Jonas was snapped at the Mumbai airport this afternoon as she returned to the city to kickstart promotions for her upcoming film The Sky Is Pink. The film, which co-stars Farhan Akhtar, Zaira Wasim and Rohit Saraf, was recently premiered at the Toronto International Film Festival and had also received a standing ovation.

The actress looked pretty in a baggy top and shorts as she arrived in the city. 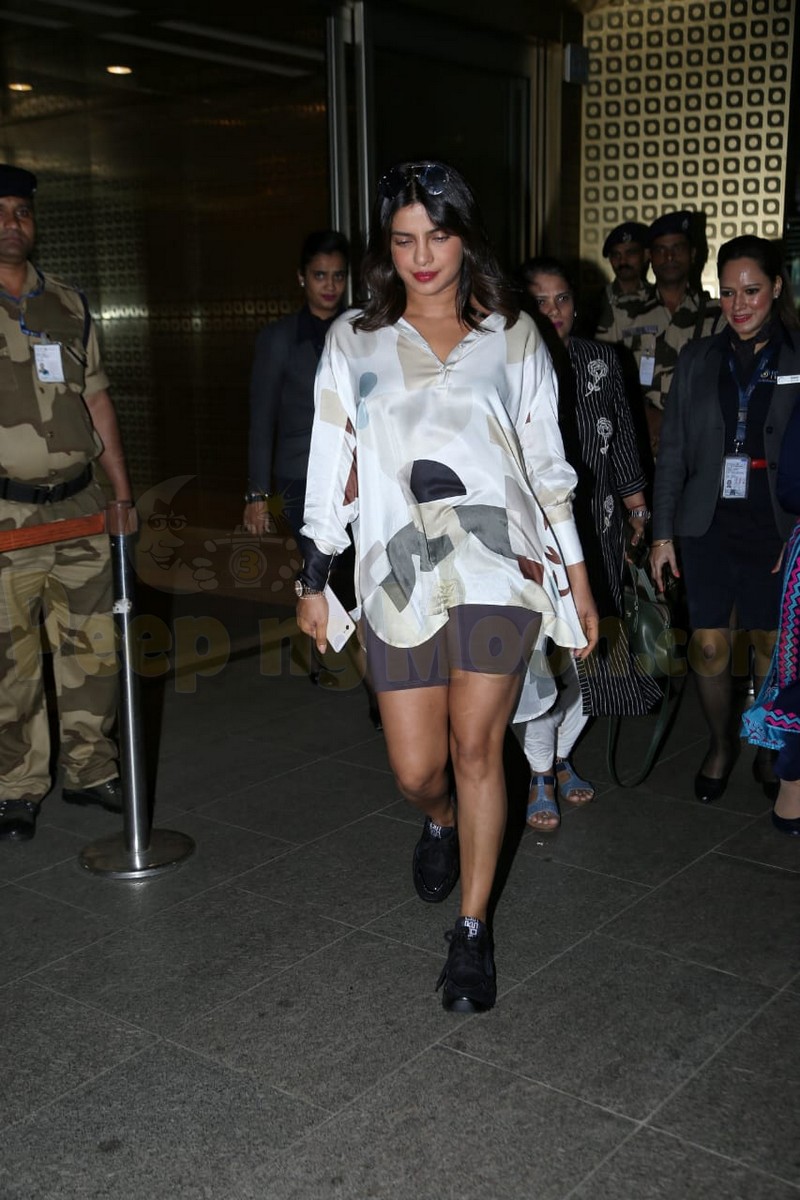 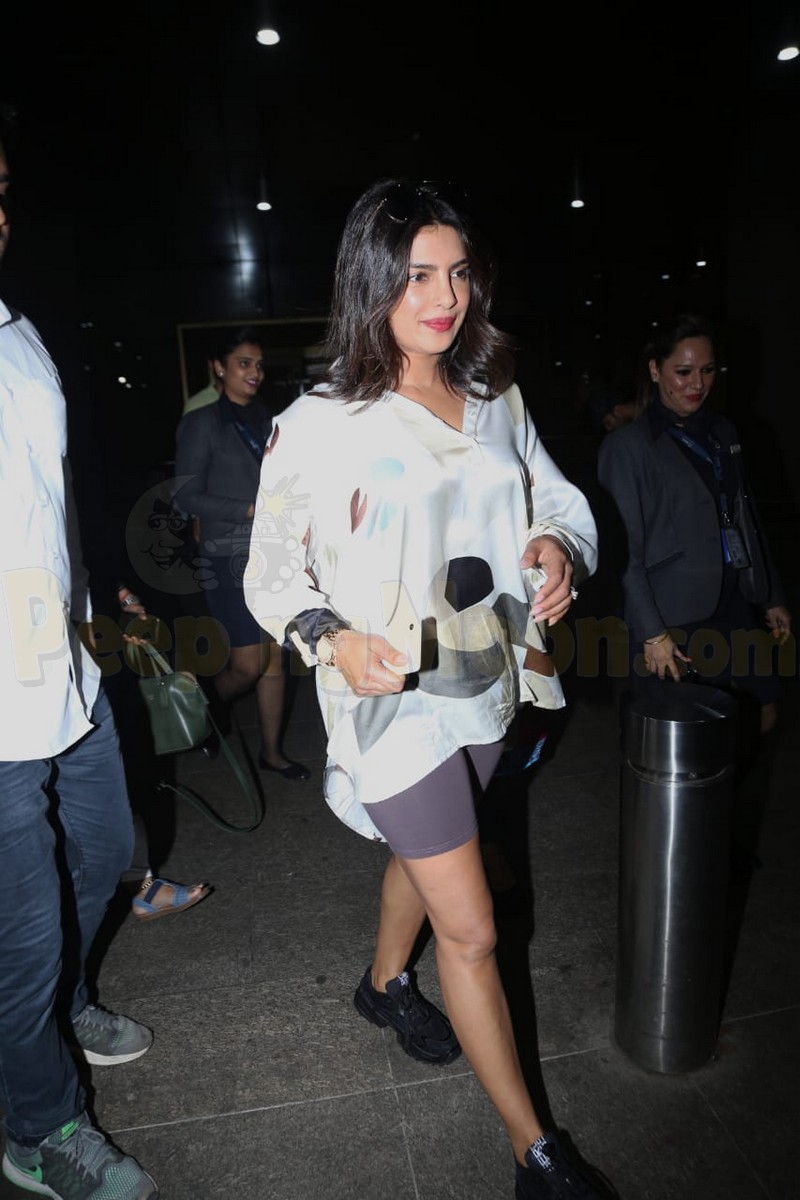 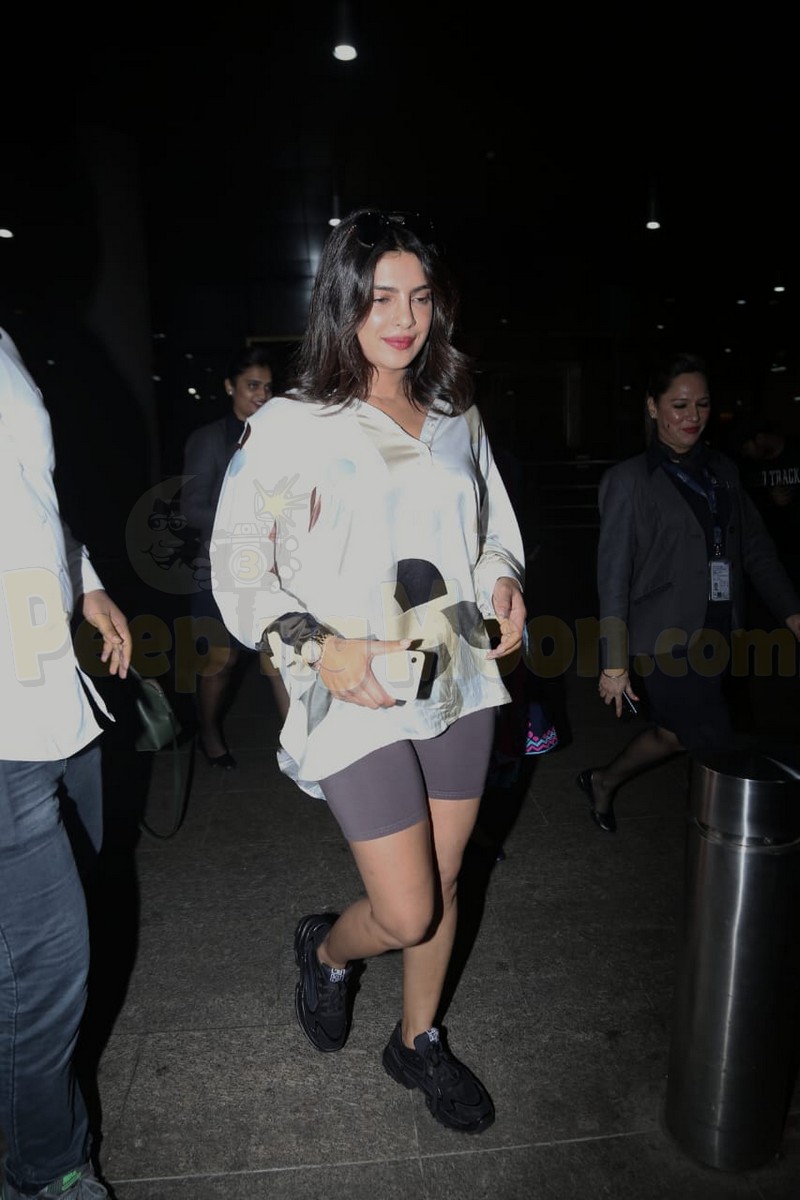 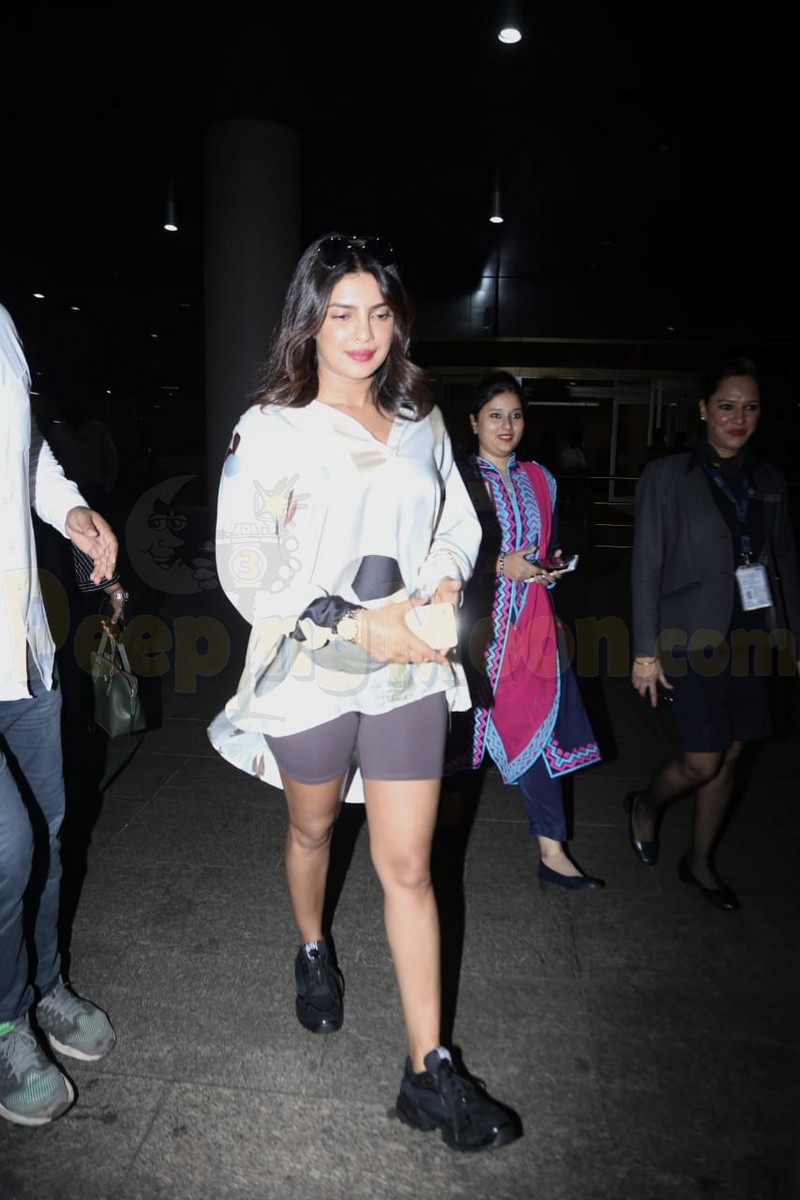 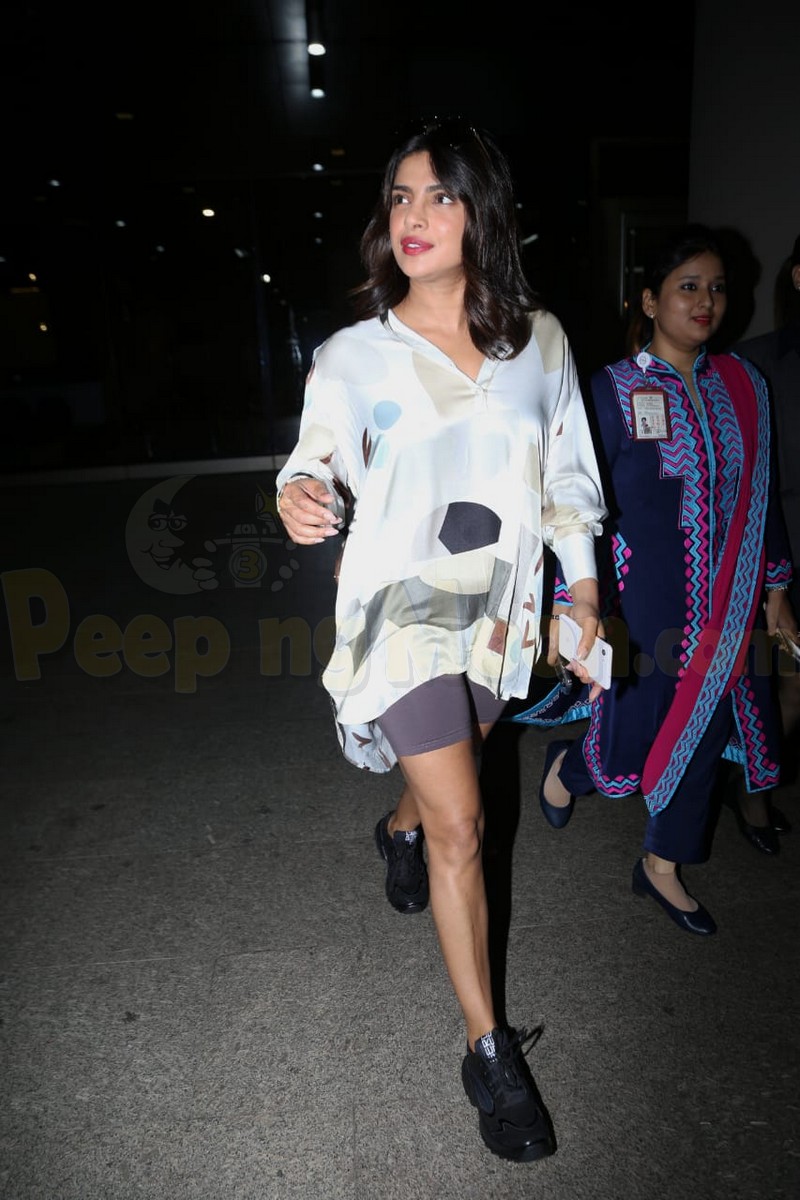 Recommended Read: The Sky is Pink gets a standing ovation at its World Premiere at TIFF 2019, Priyanka Chopra Jonas calls it 'special'

The Sky is Pink is a love story of Aditi and Niren, told through the lens of their spunky teenage daughter Aisha who was diagnosed with a terminal illness. Spanning over three decades, the family moves countries, challenge science, change faith and are constantly tested in their love and relationships.

The Sky is Pink is produced by RSVP and Roy Kapur Films, in association with S K Global and Purple Pebble Pictures. The film is slated to release on October 11, 2019.