Sony saw an unprecedented success with Spider-Man: No Way Home, and now is contemplating expanding the universe of its Marvel characters with new films, and the latest news published by an online portal is that they are on the verge of signing Dakota Johnson for studio’s Madame Web film. After getting Tom Holland, Tobey Maguire and Andrew Garfield to star in the latest Spider-Man film, the studio has got Dakota in the bag too.

Madame Web will be directed by SJ Clarkson from a screenplay written by Matt Sazama and Burk Sharpless. In the comics, Madame Web is depicted as an elderly woman with myasthenia gravis and thus was connected to a life support system that looked like a spider web. She is depicted as an old, blind mutant who possesses cerebral powers of genius-level intellect, clairvoyance and precognition. However, looks like the studio is about to revamp the story as in the comics she never fought any villains, given her advanced age. 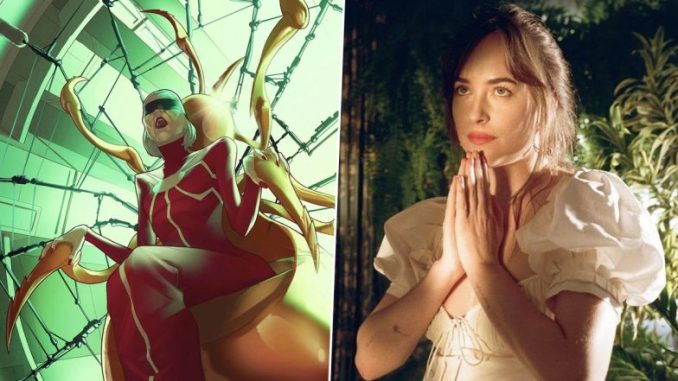 With several strong female-driven properties coming out from Marvel, it is only natural that Sony is also developing a new property. Recently Dakota and Andrew teamed up for an interview where they spoke about Spider-Man: No Way Home and her acclaimed role in Netflix’s The Lost Daughter.

Spider-Man: No Way Home became the sixth biggest movie in history, in terms of worldwide box office collection, that too during corona times.