Scarlett Johansson, tasked with playing the Marvel superhero Natasha Romanoff aka Black Widow, filed a lawsuit against Disney in Los Angeles Superior Court on Thursday. The actress's attorneys alleged that the studio breached her contract by opting for the film Black Widow's digital release and not exclusively premiering in theatres. They claimed that this move depressed ticket sales for the superhero film which is an Avengers spinoff.

Scarlett's salary was based on the box office performance of Black Widow, if it touched a certain benchmark and bonuses kicked in. The suit stated, "Disney intentionally induced Marvel’s breach of the agreement, without justification, in order to prevent Ms. Johansson from realizing the full benefit of her bargain with Marvel."  Black Widow opened on a good note with $80m in the US. However, it suffered a steep decline in its second week. Reportedly, exhibitors criticised Disney and blamed the hybrid release for a nearly 67% drop.

Recommended Read: ‘Black Widow has moved away from hyper-sexualisation,’ says Scarlett Johansson as she slams her portrayal in ‘Iron Man 2’

Reacting to Scarlett's lawsuit, Disney issued a statement and said, "There is no merit whatsoever to this filing. The lawsuit is especially sad and distressing in its callous disregard for the horrific and prolonged global effects of the Covid-19 pandemic. Disney has fully complied with Ms. Johansson’s contract and furthermore, the release of ‘Black Widow’ on Disney+ with Premier Access has significantly enhanced her ability to earn additional compensation on top of the $20 [million] she has received to date."

The authorities added, "We understand that should the plan change, we would need to discuss this with you and come to an understanding as the deal is based on a series of (very large) box office bonuses." 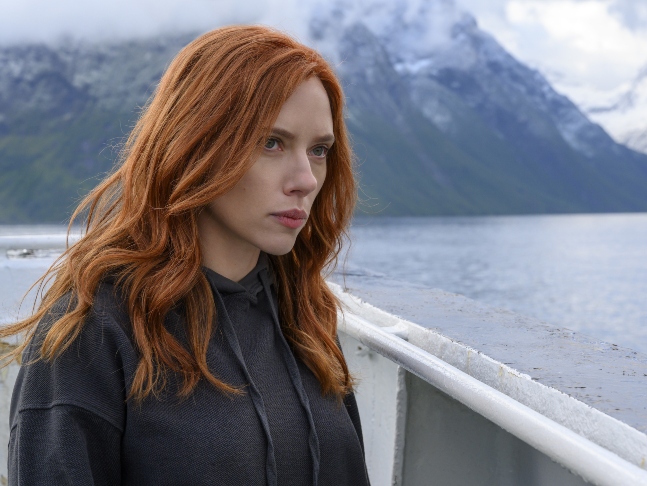 After Black Widow's premiere on July 9, The National Association of Theatre Owners, which represents about 30,000 screens in the US, issued a press note stating that the performance “demonstrates that an exclusive theatrical release means more revenue for all stakeholders in every cycle of the movie’s life.”

Reportedly, Black Widow is one of the lowest-performing Marvel films to date.