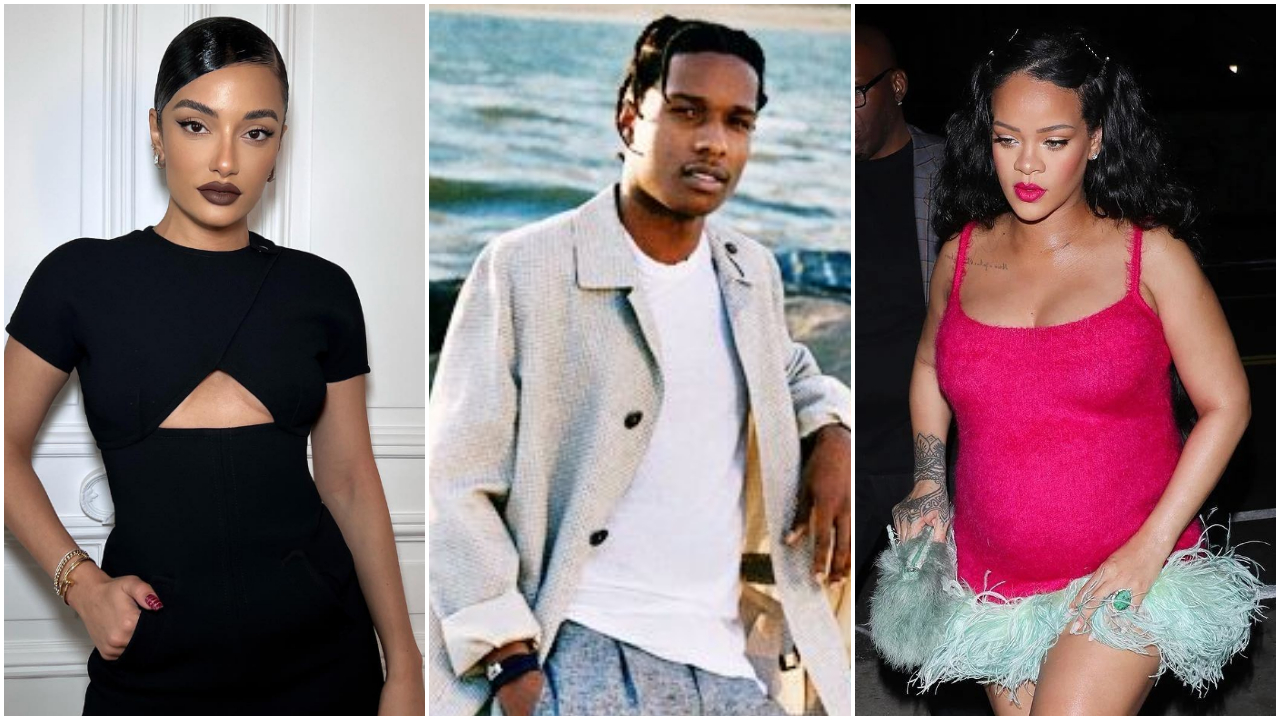 Fashion writer Louis Pisano stirred a pot with his tweet when he claimed that singer-actress Rihanna split up with her boyfriend ASAP Rocky (stylized as A$AP Rocky) after he cheated on her with Amina Muaddi, who is an acclaimed shoe designer and also collaborates with Rihanna's fashion label Fenty. However, the claims were soon refuted by 'TMZ' and they cited sources close to the couple along with Amina.

As per 'TMZ', putting the rumours to rest, Amina said in a statement, "I've always believed that an unfounded lie spread on social media doesn't deserve any response or clarification, especially one that is so vile. I initially assumed that this fake gossip - fabricated with such malicious intent - would not be taken seriously. However in the last 24rs hou I've been reminded that we live in a society that is so quick to speak on topics regardless of factual basis and that nothing is off limits. Not even during what should be one of the most beautiful and celebrated times in one's life. Therefore I have to speak up as this is not only directed towards me but it is related to people I have a great amount of respect and affection for. While Rih is continuing to live her serene, best dressed pregnancy life and I go back to my business - I wish everyone a beautiful Easter weekend." 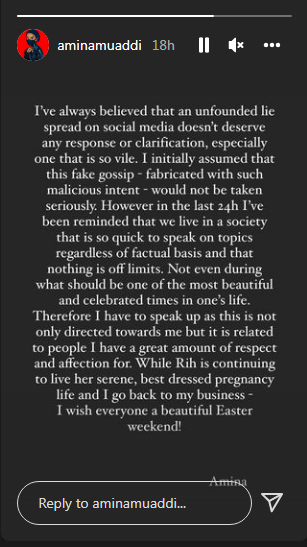 RECOMMENDED READ: My body is doing incredible things & I'm not going to be ashamed of it: Rihanna rewrites maternity style rules on Vogue’s latest issue

Meanwhile, Pisano, who has earned the reputation of Instagram's messy influencer, has deleted his earlier tweet after he found himself in a tornado of backlash. His original tweet read, "Rihanna & ASAP Rocky have split. Rihanna broke up with him after she caught him cheating with shoe designer Amina Muaddi."

In a new tweet, he has publicly apologised for his earlier unverified claims. The new tweet read, "Last night I made a dumb decision to tweet some information I had received. I'm not going to talk about sources, blame others for a discussion that was started, etc because at the end of the day I made the decision to draft that tweet, press send and put that out with my name on it. So I'd like to formally apologize to all parties I involved with my actions and for my reckless tweets. I fully accept the consequences of my actions for my tweets and any harm they caused. I have no excuse for it, I've been way too wrapped up in Twitter drama and unfortunately leaned into being messy as a brand which is something going forward I'm going to move away from."

"I'm going to take some time away from Twitter to figure out what that looks like and how I can start using my platforms better as I've gotten away from using them for more positive work. Again I apologize to them for this unnecessary drama", Pisano concluded his tweet.