Paris Couture Week unveiled drama on the runway and we are here to spill all the deets!

Take a look at all the news from the circuit:

While the cover discussed inclusion and diversity, many netizens pointed out that models’ skin tones have been darkened for aesthetics and all of them were wearing European-styled wigs. ‘I am confused as no why no one is wearing their natural hairstyle?” asked a user, “It was not necessary to literally make them all black,” commented another. Check out the comments below:

CHANEL FACES IRE FOR BRINGING HORSE ON THE RUNWAY

Extravaganza oozed all over the runway of the Paris Couture Week with Chanel’s SS22 show, however sadly, it backfired. Many called out the French fashion house for bringing a live horse on the runway. The show opened with Grace Kelly’s granddaughter and the French fashion house’s brand ambassador Charlotte Casiraghi riding a horse. The model-activist, who is also a professional equestrian, strutted the runway donning an all-black horse-riding outfit layered with a sequined jacket. While some of them thought it was a unique choice to start the show, others argued that using animals as models or props is abuse and against their welfare ethics. “So tacky and unnecessary to use animals in parades!” said a user, “How unnecessary is it to have a horse walk a catwalk? Just for the attendees’ entertainment? #animalabuse,” commented another. Not just the live animal, it was the model’s makeup that caused a stir amongst the netizens. Many of them compared the dark smokey eye look to a black eye from domestic abuse. Check out the comments below. 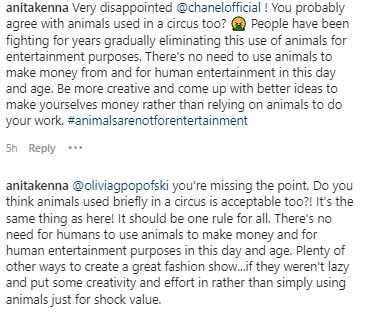 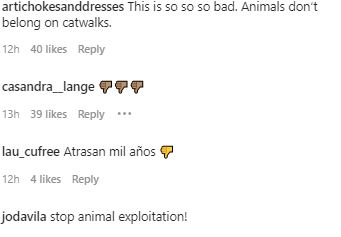 To me he was the best suit maker in the world: Abhishek Bachchan mourn

There’s no makeup brand in India who would put me in their ad film: