I make films I believe in.

These words by Karan Johar perfectly sets him apart from the dozens of filmmakers Bollywood is home to. The director-producer and an actor too, stood away from stereotypes and brought to fore stories that accounted for cinematic escapism. A brand in himself, Karan refused to bog down to criticism and emerged victorious with his own distinctive touch to every project. From revolutionizing family dramas to giving a new spin to age-old films on friendship, he has injected perfection.

Today, as Karan turns 48, there is no genre that is left untouched by him. Conquering all possible storytelling way, Karan can be rightfully called the undisputed king of Bollywood, who has defined his own genre.

As we celebrate his birthday, let’s take a look at how Karan became the face of cinema over the years and what sets him apart from others.

Karan progressed from being an assistant director on Shah Rukh Khan’s-Kajol’s Dilwale Dulhania Le Jayenge (1995) to directing the two and Rani Mukerji in Kuch Kuch Hota Hai (1998). The 8 Filmfare Award and 1 National Award-winning film gave birth to ‘K’ phenomenon that could be seen in every project done by Karan. Kuch Kuch Hota Hai, Kabhi Khushi Kabhie Gham, Kal Ho Naa Ho and Kabhi Alvida Naa Kehna and his chat show Koffee With Karan were profitable ventures. Calling it his superstitious belief, Karan returned to the 'K' trend after taking a break with Kapoor And Sons in 2016. Soon, Akshay Kumar’s Kesari also emerged victorious on the commercial as well as the critical front. Despite ups and downs, Karan established his own brand with ‘K’ films that remain memorable forever. 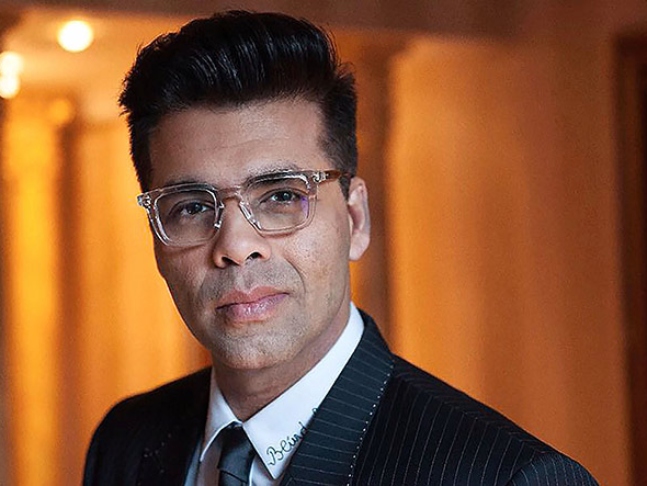 It’s All About Loving Your Family

‘It's all about loving your parents’ was the tagline of Karan’s evergreen film Kabhi Khushi Kabhie Gham. Drawing inspiration from his own life, the filmmaker dedicated the drama to his parents. During an interview, Karan stated, “I cannot communicate with people who make their parents suffer. I made Kabhi Khushi Kabhie Gham, with ‘It’s all about loving your parents’, as the tagline. That is my reality. My parents are my world. My life is about them.” Before Kabhi Khushi Kabhie Gham, a few filmmakers dealt with emotions and family love, but not the way Karan did. An iconic film that became a part of ‘Brand KJo’. An element of family and relationship complexity can be found in every film of his. Let’s admit that Kareena Kapoor Khan’s Poo from Kabhi Khushi Kabhi Gham enjoys a different fan-base, thanks to Karan’s vision. Be it her style file, sass or self-love before anyone else, she became an icon instantly and is a permanent part of Karan’s legacy. A role model for all young and independent girls, Karan’s brainchild Poo is a revolution. It is possibly no one jisne Poo ko dobara mudke nahi dekha!

There is no filmmaker apart from Karan in recent times who can make the most and best out of the romance genre. While new entrants are focusing on the intense side of love, our favourite Karan is sticking to the classic eternal ‘pyaar’ with utmost grace and a dash of modern shenanigans. He has refrained from maligning its purity on the celluloid. Be it Alia Bhatt’s- Varun Dhawan’s and Sonakshi Sinha-Aditya Roy Kapur’s sacrificial love in Kalank or Badrinath’s affection and understanding towards Vaidehi in Badrinath Ki Dulhania, Karan has always promoted and supported pure love stories that connect straight to heart!

Remember the time when we all imagined college to be a fun, relaxed and colorful place to be in, just like the one in Karan's films? Well, courtesy KJo and his unique brand of cinema that brought to fore an imaginary world that accounted for great escapism from the real scenario. Kuch Kuch Hota Hai was undoubtedly a revolutionary film that touched upon all the trendy topics and actually made us believe that friendship can lead to love. Making Friendship Day, basketball, the term ‘cheater’, headbands (the one Kajol wore) cool concepts among youngsters, Karan reiterated the fact that ‘pyaar dosti hai’ and added the term ‘ishq wala love’ to the dictionary through Student Of The Year.

It is no secret that Bollywood has some of the finest friendship films. Be it Sholay or Anand, these are hailed as evergreen. But Karan, with his entry as a filmmaker, spinned the genre and gave a unique touch with his sensibilities. From the quirky Dostana to Ae Dil Hai Mushkil’s Ek Tarfa Pyaar, Student Of The Year franchise and the iconic Yeh Jawaani Hai Deewani, he rooted for tales of friendship that the audience never saw before.

After years of venturing into the romance genre and light-hearted films, Karan associated himself with war dramas and period stories that were mounted on a lavish scale. With films like Bahubali, Kesari and Kalank, he explored a new territory altogether. Adding a distinctive touch to the genre, Karan is ensuring to take his audience on a memorable and unseen journey. His upcoming film Takht is also a tale of the warring Mughal brothers- Dara Shikoh and Aurangzeb. Set in the ancient period, Karan will be back at directing this extravagant venture.

For the first time in Karan’s illustrious career in Bollywood, the filmmaker ventured into the horror storytelling zone. He started the year with his Netflix anthology Ghost Stories that featured Mrunal Thakur and Avinash Tiwary as the lead in his short film. Nearly a month later, under his production house-Dharma, Karan produced Vicky Kaushal’s Bhoot which is a three-part franchise. The first edition released this year. Delving deeper into the supernatural and fantasy world, Karan’s Brahmastra featuring Ranbir Kapoor, Alia Bhatt and Amitabh Bachchan in key roles will hit the screen this year. Like Bhoot, Brahmastra is also a three-part franchise revolving around Shiva and the Godly brahmastra.

With a diverse range of films to his repertoire, Karan has time and again proven that he is the undisputed king of Bollywood and is a genre and brand in himself.