Unbothered in her own lane! Zendaya to Bella Hadid-Kendall Jenner, an unapologetic Urfi Javed takes styling cues from Hollywood divas

We live in the era of social media and that means the world is an oyster and fashion inspiration can come from anywhere. Many of the fans and fashionistas, including us, look up to these social media influencers and supermodels for style cues and nothing wrong with that. Case in point- Bigg Boss OTT contestant Urfi Javed’s Hollywood-inspired looks.

Known to grab attention with her outlandish fashion choices, Urfi has been a talk of the tinsel town for quite sometime now. While we have a no love-no hate relationship with Urfi and her outrageous sartorial choices, but the social media hate she gets for her style inspos is sometimes, way too much.

Recommended Read: ‘Not Javed Akhtar's Granddaughter,' Urfi Javed gives a befitting reply to trolls in the sassiest way with her latest fashion statement

Lately, the actress has been taking style cues from Hollywood fashion sensations. It all began when Urfi flaunted a cut out black dress that bore an uncanny resemblance with Kendall Jenner’s Mônot number from her friend Lauren Perez's wedding. Many trolled the BBOTT fame and called her ‘Fake Kendall Jenner’ 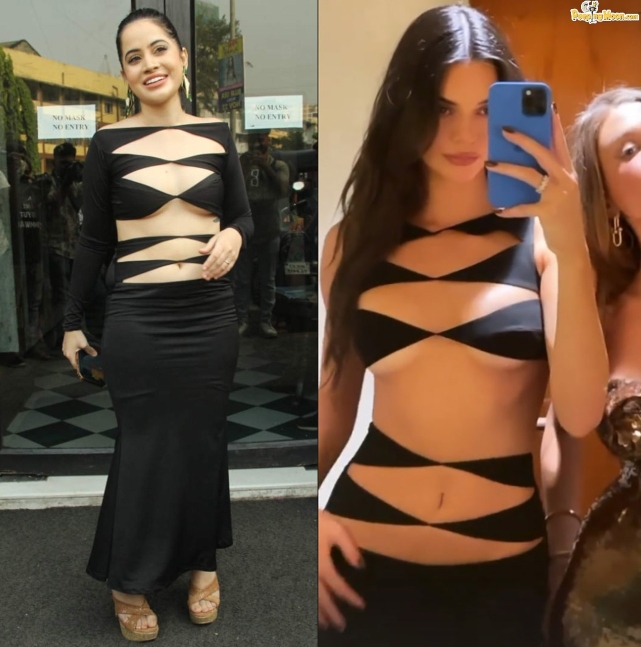 After Kendall, Urfi flaunted a rip-off of Bella Hadid’s Nensi Dojak sheer corset look. Though it was a really bad copy that once again garnered a lot of flak, ‘A’ for the efforts! 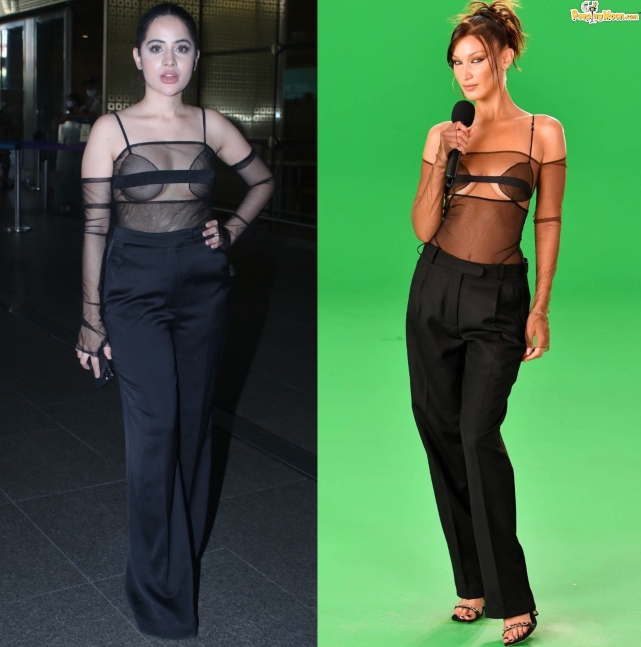 Her latest fashion stint was inspired by Zendaya’s Versace look from BET Awards 2021 and it showed. It had the same colour combination, plunge placement, back detailing, however, lacked finesse big time. She was again trolled and called a ‘Sasti Zendaya’ this time. 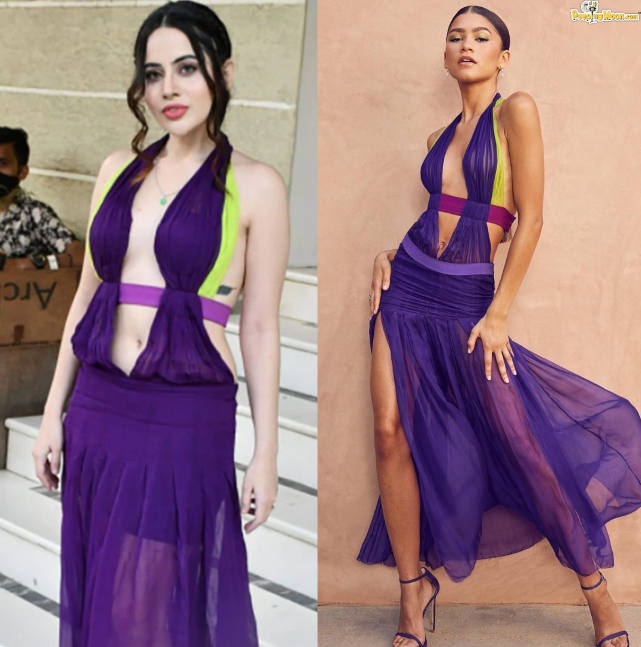 Yes, we agree that these are less than decent interpretations of iconic looks but carrying them is her choice. She does everything in her power to recreate an iconic look with available resources, and let’s give her that! While we do understand the raised eyebrows on some of her really shocking OOTDs, but let’s not mock her for borrowing some style inspo from the supermodels’ high-end looks.

Will she stop trying on another famous look from a famous celebrity? We don’t think so! What are your thoughts on this?