On October 20, 1995, the cult classic of Dilwale Dulhaniya Le Jaayenge, fondly known as DDLJ premiered in theatres and never left! 25 years gone by and the film is still fresh in our memory. The iconic 'Raj-Simran' love story opened the doors of success on a whole new level for actors Shah Rukh Khan and Kajol, the then first-time director Aditya Chopra and cemented careers of designer Manish Malhotra and filmmaker Karan Johar who worked as one of the film’s assistant director and played a small cameo in it as well. Not just the unique love story, this film is also remembered for its fashion moments that hold relevance till today.

Back in the golden ‘90s era, fashion designer Manish brought his A-game for Aditya’s directorial, Dilwale Dulhania Le Jayenge and changed the dimensions of costumes and styling making DDLJ one of the most fashionable films of all time. 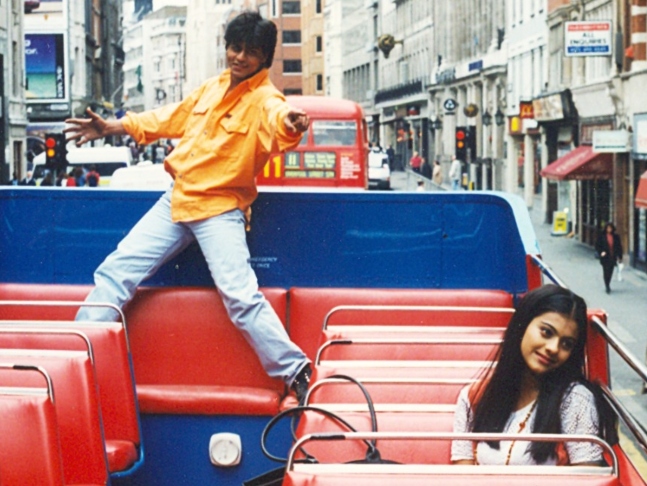 As this Shah Rukh Khan and Kajol starrer clocks 25 years today, the couturier and Bollywood’s most sought out designer shared his creative vision with DDLJ that made costume design an integral part of every film’s creative roadmap going forward. Here's a quick lookbook that takes us on a fashion tour that this cult classic had to offer. Ready with your popcorns, fashionistas? 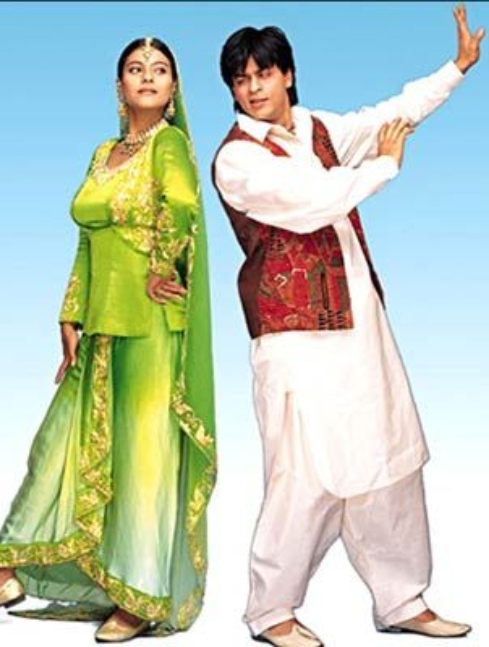 Malhotra designed Kajol's costumes in the film, and from her ethnic suits to the shiny green lehenga she wore in the song 'Mehndi lagake rakhna", almost all costumes he created for the actress went on to become a rage. 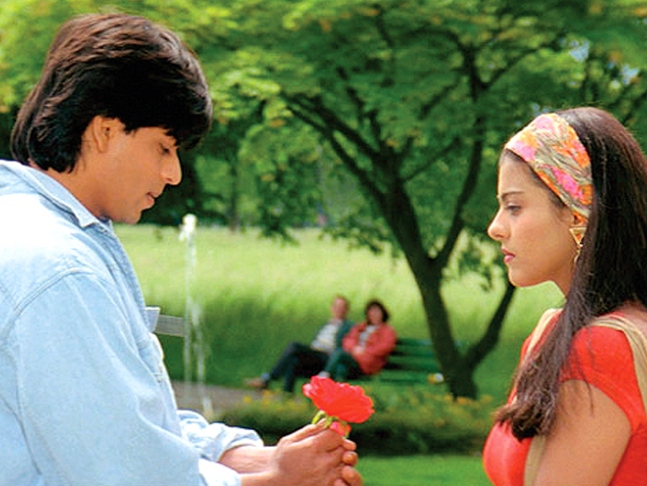 For Manish, the film’s important part is the script, its narrative and the vision of the director. Aditya was clear with his vision about Kajol’s Simran which Manish brought to life on the silver screen. Delivering the authentic version of Kajol’s character, Manish designed her costumes that came across to be ‘real and relatable’ yet there was something special about them. 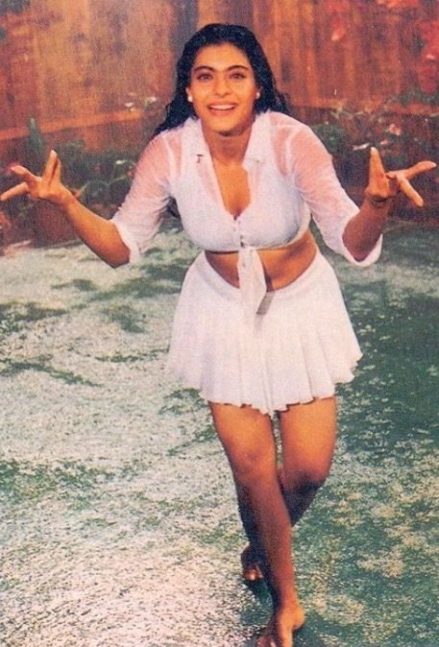 “It was real but yet had a certain dreamy, certain aspirational and certain style element about them and that worked,” Manish once said in his statement. 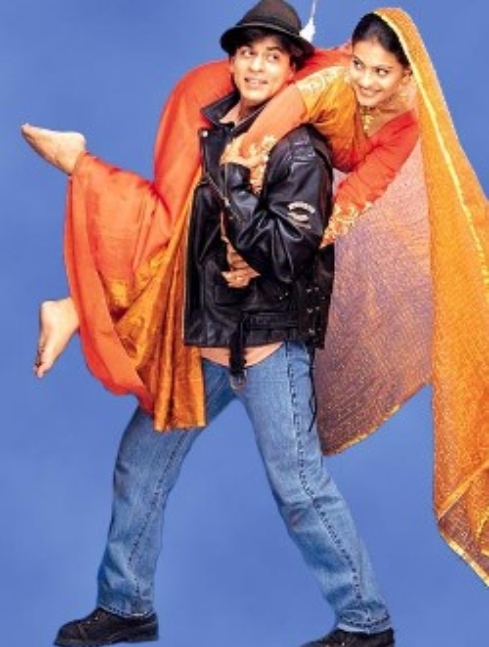 Be it her sexy backless gowns... 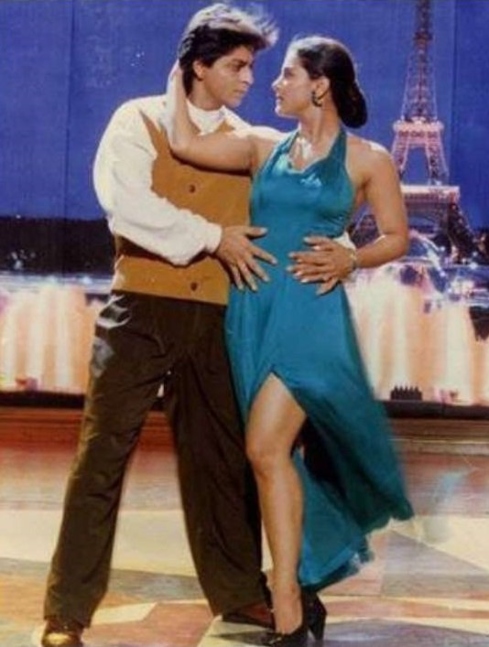 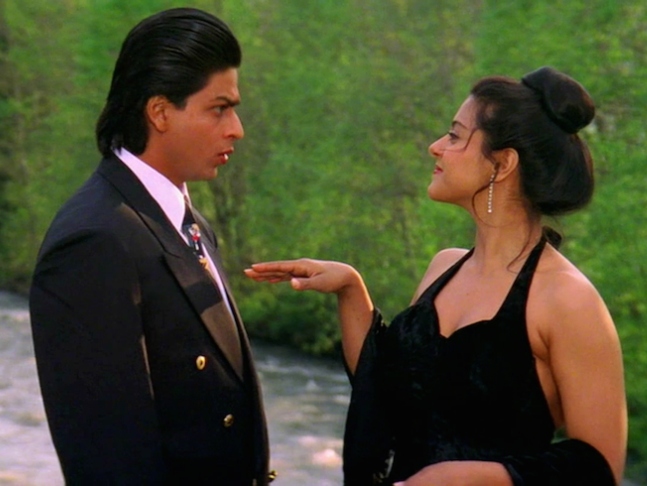 ...or ethnic white salwar suit, Manish managed to capture the essence of a relatable 'Simran' that struck a chord with the audience. 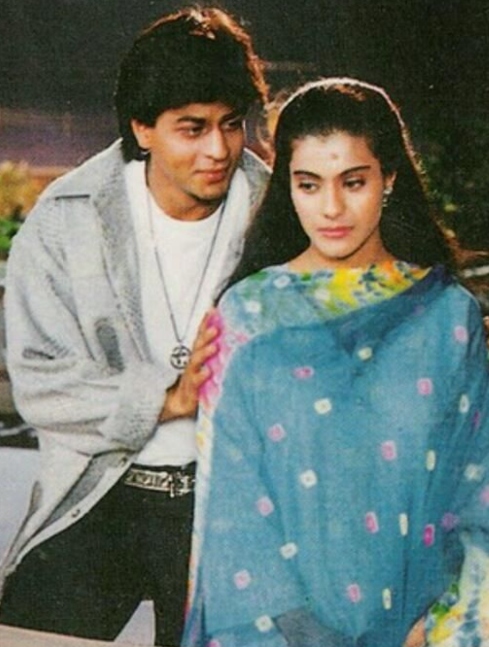 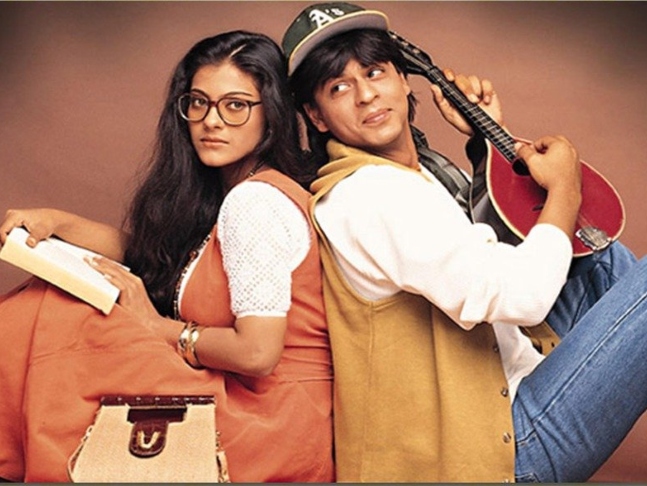 Talking about the characters of Raj & Simran, Manish shared that they were beautifully written that youth connected with. The fact that Kajol wanted to wear glasses and travel Europe despite having a conservational father and Shah Rukh wanted to chase an engaged girl back to India brought many high moments in the film. 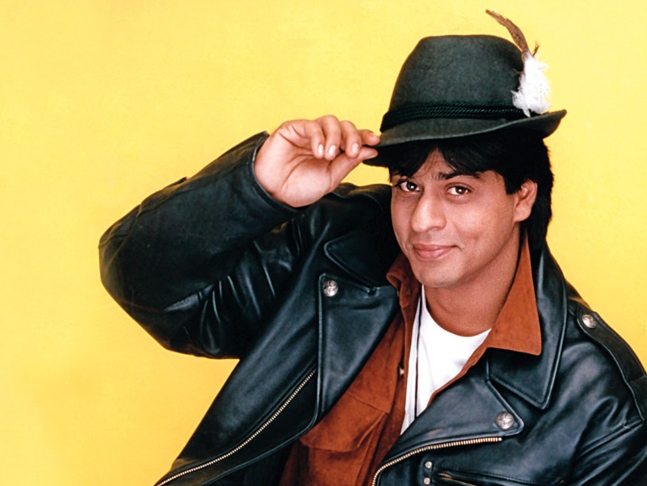 Be it SRK's Hardley Davidson jacket or his desi andaaz, there were seldom any moment in the film where we did not 'Palat' to our sexy charmer! 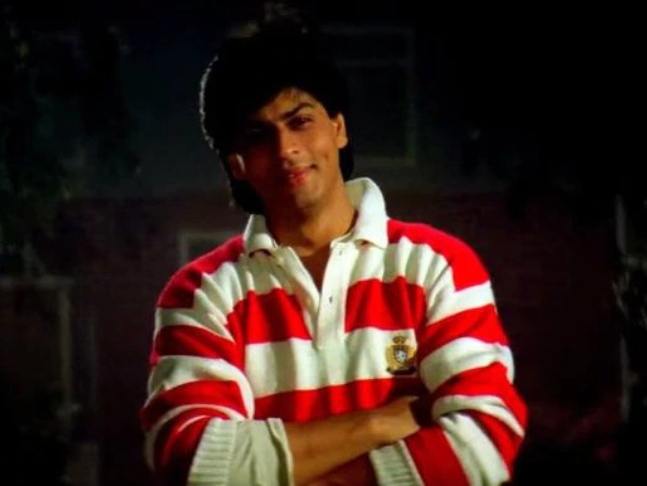 OF COSTUMES AND FOOD!

Malhotra shared that it was fun discussing the character’s clothes on the set with veterans like Yash Johar and Pamela Chopra along with lots of food on the table. “Pam aunty also would be discussing clothes with us, Yash ji would be so excited about the clothes and there would be so much food after every discussion,” he quipped. 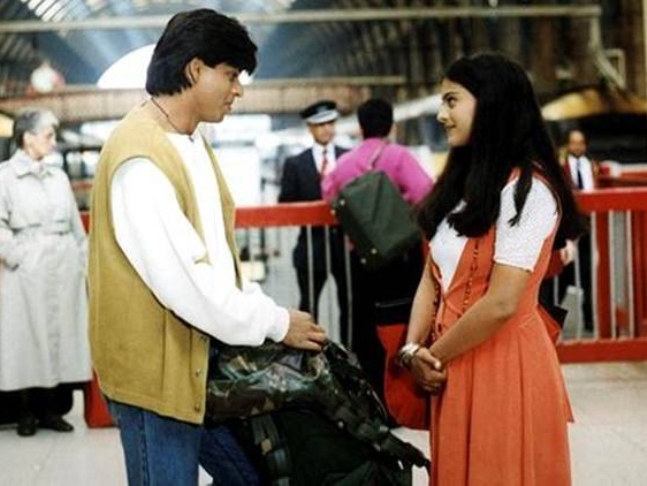 Written and directed by debutant Aditya Chopra, the film shattered all box office records and is one of the biggest all-time blockbusters in the history of Hindi cinema. It also went on to become the longest-running Hindi film of all time with a successful 1,274-week run at Mumbai’s Maratha Mandir theater until the cinema hall was forced to pull its shutters owing to the global pandemic. DDLJ is also the winner of a record-breaking 10 Filmfare Awards and the film literally changed the face of Bollywood globally.

Style Check: Envy-worthy closet to on-point looks, nothing is ordinary in the ‘Fabulous Lives of Bollywood Wives’