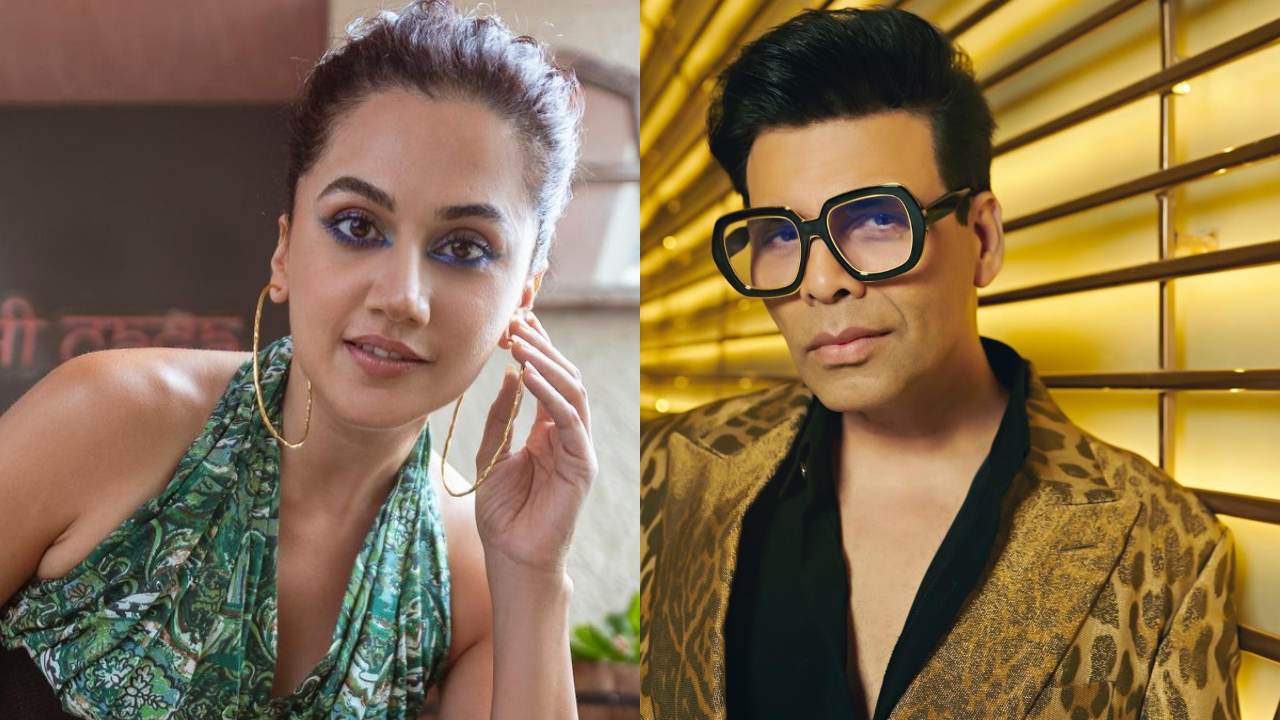 Ektaa R Kapoor and Anurag Basu's Dobaaraa are currently making rounds of conversations due to its highly anticipated theatrical release. The audience is excited to see the duo's take on this unexplored thriller genre. In a promotional event, while Taapsee Pannu and Anurag Kashyap were promoting Dobaaraa, Karan Johar was in the adjacent room promoting Koffee With Karan. Taking note of that, one of the journalists asked the actress the reason why she isn't invited to Karan's show.  Answering the question, the actress humorously said that her sex life is not interesting enough to be invited on Koffee With Karan.

Meanwhile, Dobaaraa has opened at one of the most prestigious film festivals such as the London Film Festival & Fantasia Film Festival 2022, and has been received well by the audience. Apart from that, the trailer of the film has received an impressive response from the audience in the presence of the cult creators Anurag Kashyap and Ektaa R Kapoor. Taapsee came in as a surprise element through a TV screen. The audiences are stunned and are waiting to see where Taapsee’s time-traveling story leads to.

With Dobaaraa, Ektaa R Kapoor also launches Cult Movies in the market, a new wing under Balaji Motion Pictures, Cult Movies, which tells compelling, edgy & genre-bending stories. Such films have never been made before in India, and with Ektaa R Kapoor and Anurag Kashyap being on board for the third time, here is them bringing one of the well-carved trailers of this year.