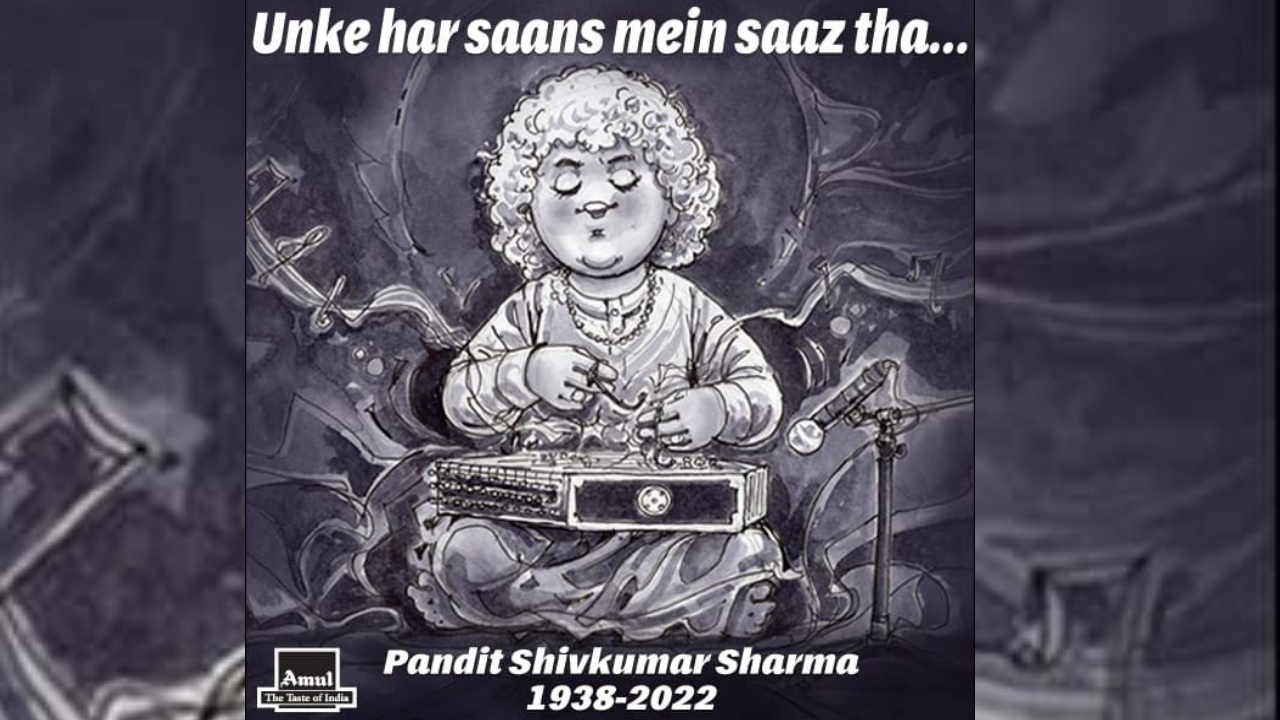 Santoor maestro Pandit Shivkumar Sharma’s passing left a deep void in the hearts of his fans, followers, dignitaries and music lovers. With his death yesterday, the country has lost one of its most illustrious and renowned classical musician. Today, he was cremated with full state honours in Mumbai. Along with many dignitaries, Amul also paid its tribute to the santoor maestro’s legacy with a topical advertisement.

The dairy brand that often taps into the current news and trend, dedicated its latest topical to him. Taking to social media, Amul shared a monochrome topical in which Sharma can be seen sitting cross-legged on the floor as he plays the santoor that is kept on his lap. Pandit Shivkumar Sharma’s eyes are closed as he is engrossed in his melodious music and the topical reads, “Unke har saans mein saaz tha… Pandit Shivkumar Sharma 1938-2022.” They shared the topical with the words, “#Amul Topical: Tribute to the legendary maestro santoor player…”

A post shared by Amul - The Taste of India (@amul_india)

Pandit Shivkumar Sharma was a recipient of Padma Shri and Padma Bhushan for his contribution to the field of art. He worked closely with acclaimed flute player Hariprasad Chaurasia and collaborated with him as musical duo Shiv-Hari to compose songs for Hindi films such as Silsila (1980), Chandni (1989), Lamhe (1991), and Darr (1993). Pandit Shivkumar Sharma also worked on many hit films like Jhanak Jhanak Payal Baje (1956) Guide (1962), Call of the Valley (1967), and Faasle (1985).

He is credited with bringing santoor to the centre stage and giving it a status amongst the other classical stringed instrument like sitar, sarod etc.