Abhishek Bachchan teases Ranbir Kapoor for giving importance to football despite tying the knot with Alia Bhatt recently, jokes saying 'it's so touching'

Ranbir Kapoor, Abhishek Bachchan, Kartik Aaryan, and other B-town stars from the ASFC team jetted off to Dubai for a football match on May 7. Aparshakti Khurrana, Abhimanyu Dassani, Karan Wahi, Shashank Khaitan, Dino Morea, Shoojit Sircar, Shabir Ahluwalia, Samir Kochhar, and Bunty Walia (owner) among others who are a part of ASFC were snapped by the paparazzi at the Mumbai airport. Abhishek is the captain of All Stars Football Club (ASFC) while Ranbir is the vice-captain.

Recently, AB teased RK for the importance he is giving to football despite being married only a few weeks ago. Ranbir tied the knot with Alia on April 14. Asked about his first thoughts about the match, Ranbir told a Bollywood website, "We are really happy to be here. This also happens to be ASFC's 10th-year anniversary. This is probably the most, one of the most important things that I have been a part of. The kind of friends I made, the kind of teammates, the brotherhood we have had." Abhishek interrupted Ranbir at this point, and added, "Which is so touching considering he just got married." Ranbir laughed and nodded his head before continuing with his statement. 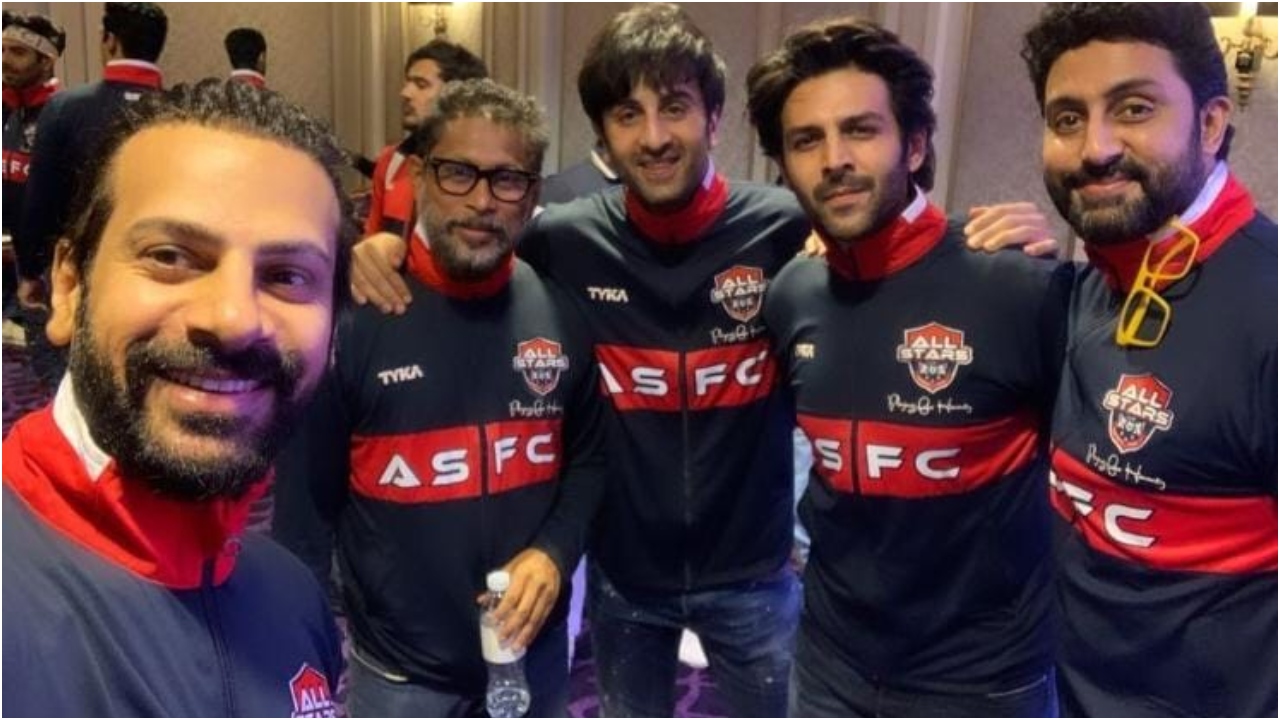 Recommended Read: Ranbir Kapoor, Abhishek Bachchan, Kartik Aaryan and other B-town stars from ASFC team jet off to Dubai for a football match