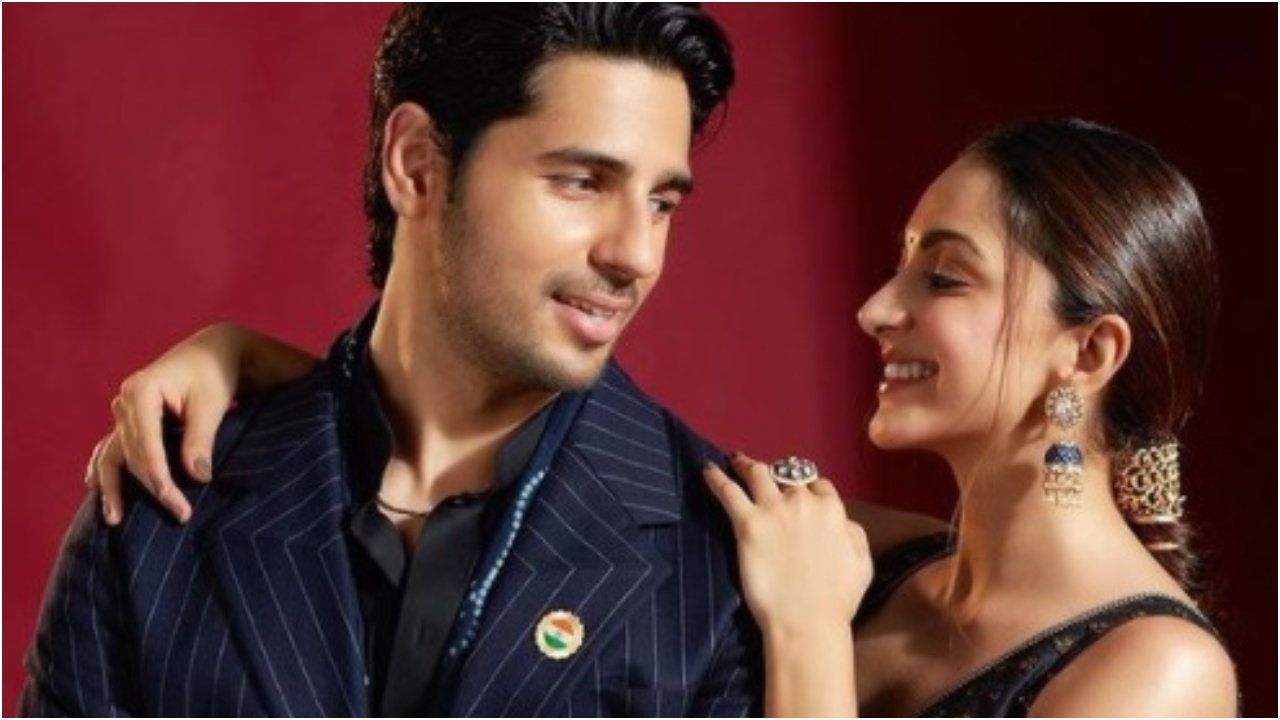 As the breakup rumours of Bollywood couple Sidharth Malhotra and Kiara Advani gain momentum, the actress has shared a post with her Shershaah co-star. Kiara took to Instagram and re-shared a post by Dharma Productions.

The team of Shershaah is super proud as the film was selected as the Best Web Film (Hindi) at the Hit List OTT awards. On the other hand, Kiara took home the Best Actor Female award while Sidharth bagged the Best Actor Male award. Kiara shared the image of Shershaah featuring herself and Sidharth and captioned it with a red heart and folded hands emoticons. 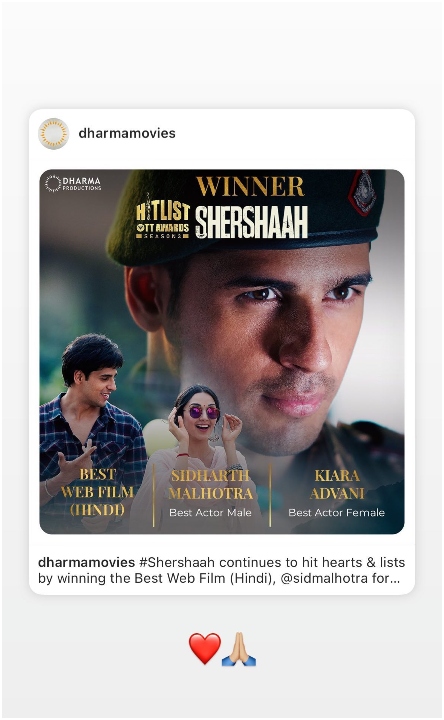 Recommended Read: A day without sunshine is like, you know, night: Amid rumours of breakup with Kiara Advani, Sidharth Malhotra pens a cryptic caption

Sources have revealed that Sidharth and Kiara have stopped meeting each other. Although both Sidharth and Kiara have neither accepted nor denied the dating rumours, there has been a strong buzz in B-town about the two being together with their on-screen chemistry in Shershaah adding fuel to the fire. In such a scenario, the rumours around their breakup have seemed to shake up their followers.

Meanwhile, on the work front, Sidharth has films like Mission Majnu, Yodha, and Thank God in the pipeline. Kiara Advani has Bhool Bhulaiyaa 2 on the horizon, Govinda Naam Mera and Jug Jugg Jeeyo scheduled to release in the later part of the year.