Alia Bhatt and Ranbir Kapoor's 'Mehendi' ceremony was all about Rishi Kapoor's portrait, surprise performance by the 'ladkewalas', the RanLia PDA & more 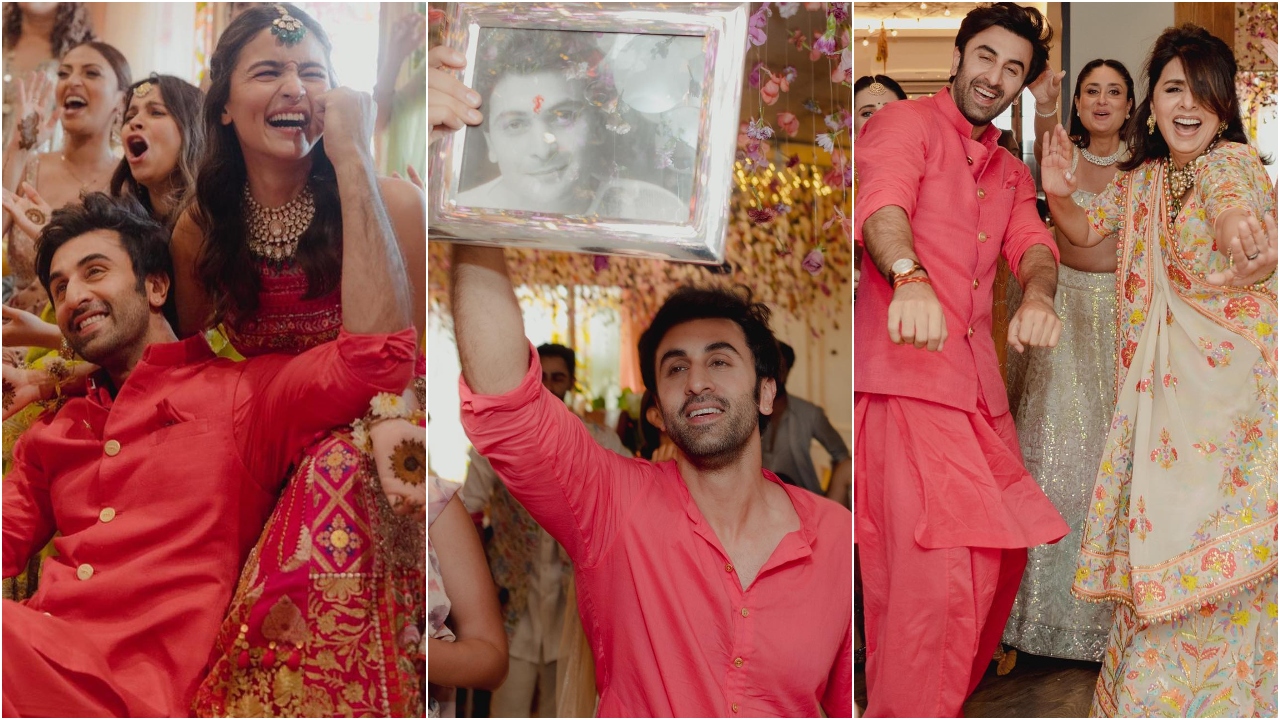 Now, Alia has shared a series of pictures from her grand Mehendi ceremony and well, seems like it was all about Rishi Kapoor's portrait, surprise performance by the 'ladkewalas' & the RanLia PDA. Sharing the inside pictures, Alia wrote, "The Mehendi was like something out of a dream. It was a day full of love, family, our beautiful best friends, a LOT of French fries, a surprise performance by the ladkewalas, Ayan playing DJ, a BIG surprise organised by Mr. Kapoor (my favourite artist performed my favourite songs), all followed by some happy tears and quiet, blissful moments with the love of my life. There are days… and then there are days like these! " In one of the photos, Ranbir is seen with Rishi Kapoor's photo frame with a tilak on it.

Recommended Read: Ranbir Kapoor spells out his love for wife Alia Bhatt as he gets her name written on his Mehendi