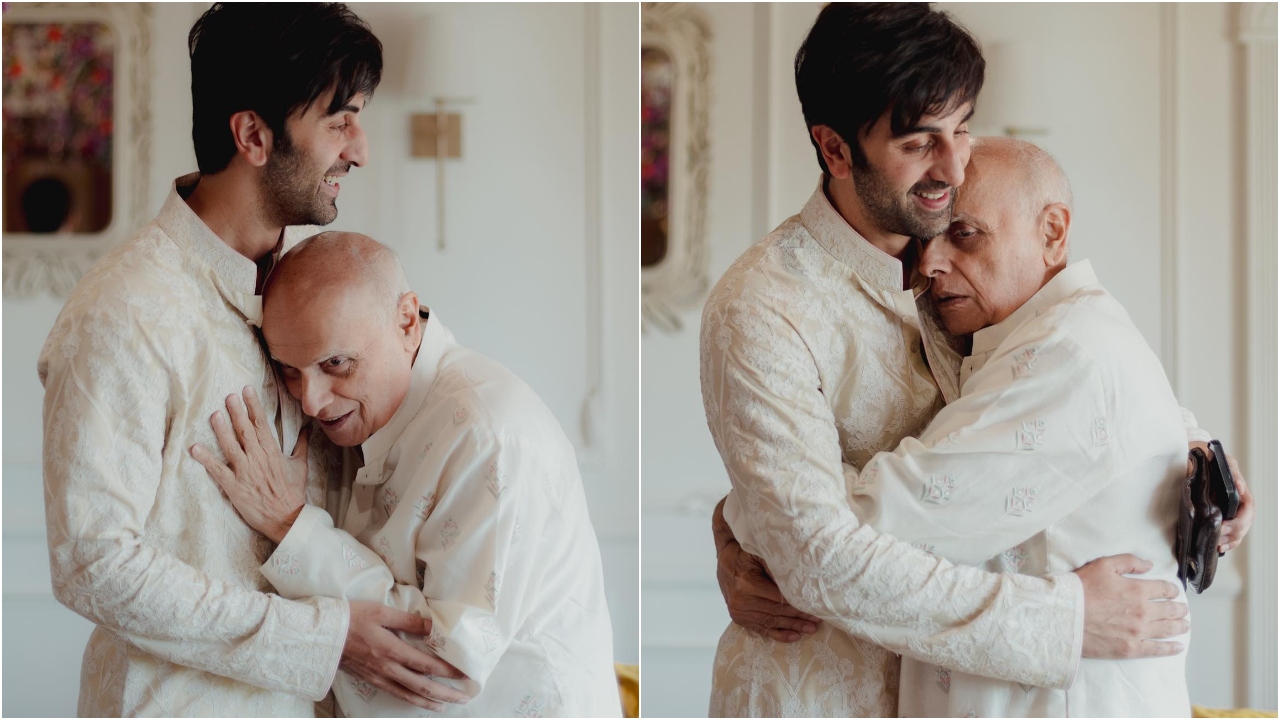 Now, a new set of pictures of Ranbir hugging an emotional Mahesh Bhatt has made its way to the internet. Pooja Bhatt shared pictures in which Ranbir is seen hugging his father-in-law, Mahesh. In the first photo, Mahesh is seen resting his head and hand on Ranbir's chest as the actor held him. Ranbir and Mahesh hugged each other in the second photo. While Mahesh had a serious expression, Ranbir was seen smiling. Sharing the post, Pooja wrote, "Who needs words when one has the ability to listen & speak from the heart? (white heart emoji)."

Recommended Read: Newlyweds Alia Bhatt & Ranbir Kapoor cannot take their eyes off each other in new set of photos from their big day