The living legend of Kathak, Birju Maharaj, who had been diagnosed with kidney disease a few days ago and put on dialysis, died at his home in Delhi this morning. He was 83. Maharaj Ji, as he was popularly known, was said to be playing with his grandsons when his health unexpectedly deteriorated, requiring him to be rushed to the hospital, where he died of a heart attack.

Maharaj Ji was laid to rest at Delhi's Lodhi Road crematorium with a small crowd. Given the COVID-19 protocol in New Delhi, the legend was cremated amid a handful of people which included family and friends. Several celebrities have penned heartbreaking notes as they paid tribute to him. Janhvi Kapoor, Alia Bhatt, Ananya Panday, Kareena Kapoor Khan, Anushka Sharma, Shilpa Shetty Kundra, Kriti Sanon and Katrina Kaif took to social media to mourn the loss. 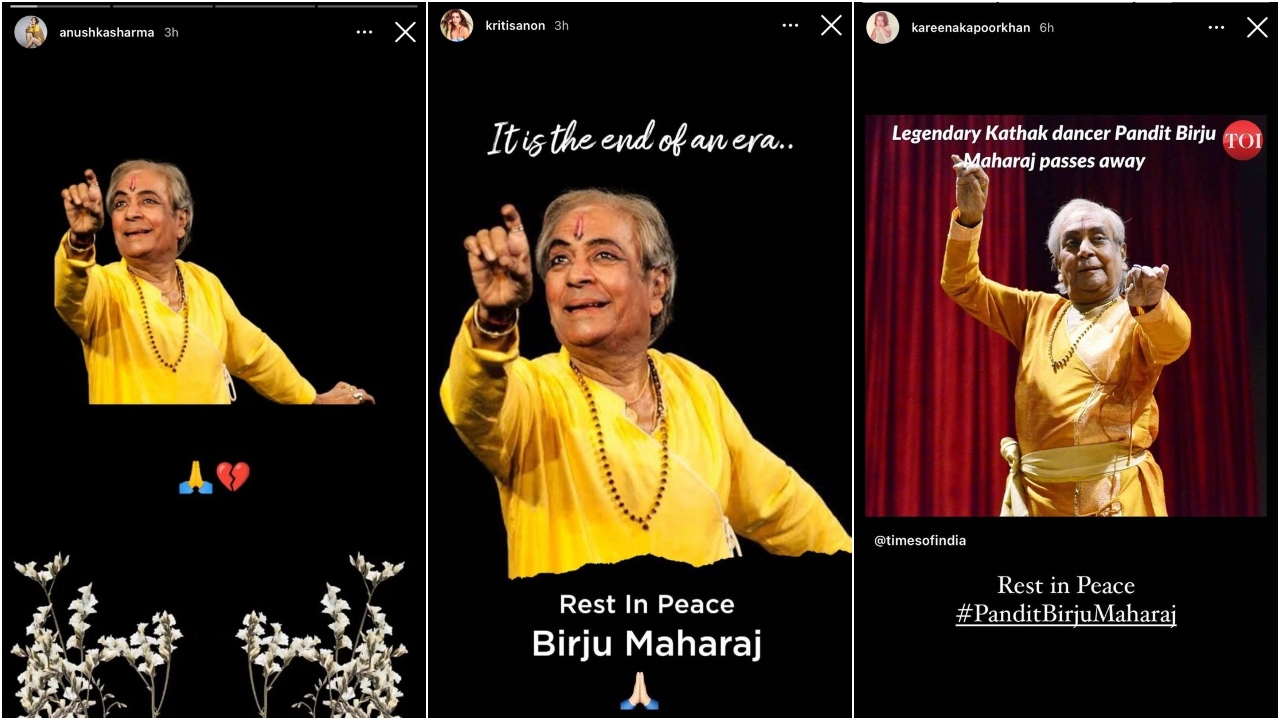 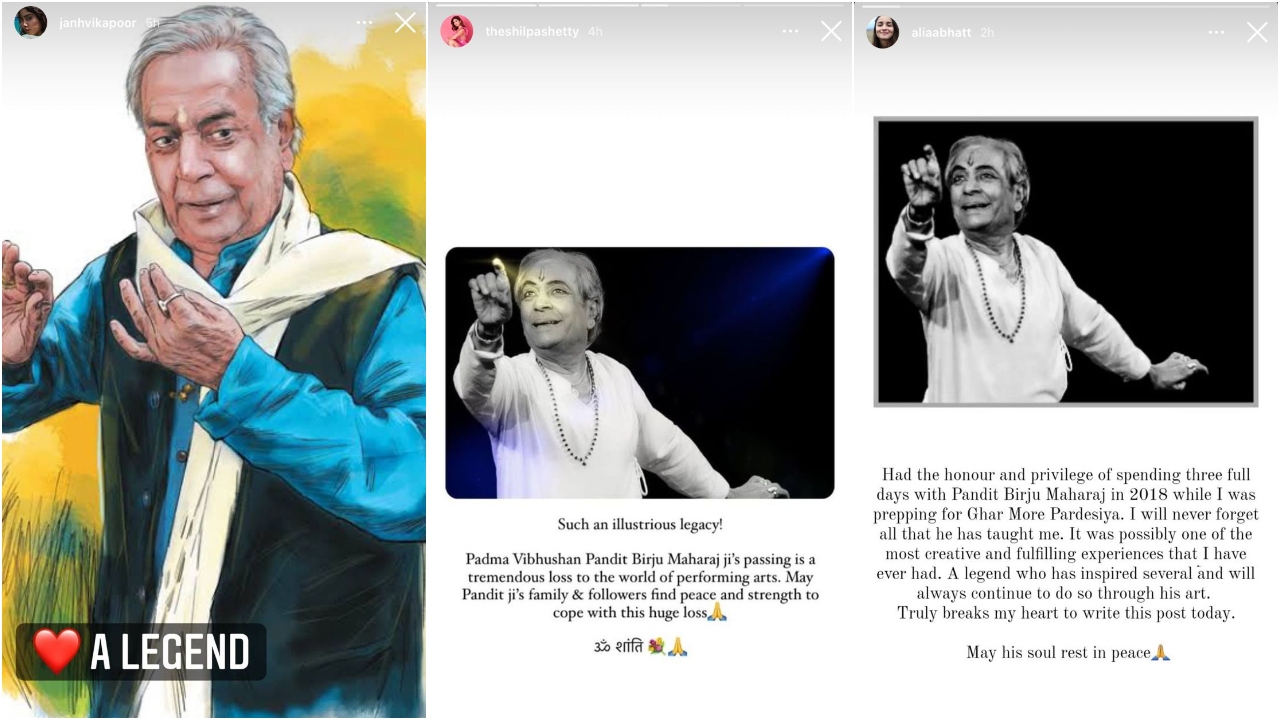 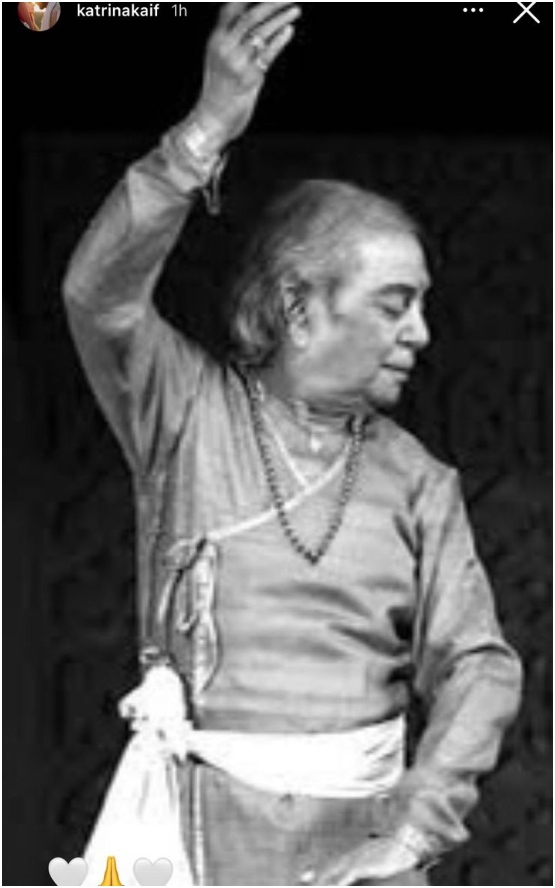 Recommended Read: Madhuri Dixit mourns the demise of Kathak maestro Birju Maharaj, says 'he was my guru but also my friend'

A recipient of the country's second-highest civilian honour, Padma Vibhushan, Maharaj ji was also a lifelong Kathak guru as well as a talented Hindustani classical singer and percussionist.

Birju Maharaj was the son of the exponent of the Lucknow gharana, Jagannath Maharaj, better known as Acchan Maharaj, whom he lost when he was just nine. His uncles were the renowned Shambhu Maharaj and Lacchu Maharaj. He taught at the Shriram Bharatiya Kala Kendra and the Sangeet Natak Akademi Kathak Kendra, both in Delhi, from where he retired as director in 1998.