Our Bollywood celebs are keeping the social media alive with their videos and pictures that are trending and going viral on the internet. Right from Priyanka Chopra Jonas, Alia Bhatt, Kangana Ranaut to Aishwarya Rai Bachchan social media is lit with their posts. Read on for more details.

Priyanka Chopra Jonas reveals her favourite fact about being an Indian

A new video from Lilly Singh’s Diwali party in Los Angeles has surfaced online that features Priyanka Chopra Jonas talking about her favourite fact about being Indian. The clip shows Lilly, Priyanka, Mindy Kaling and other guests revealing their favourite things about their Indian heritage. When the camera pans towards Priyanka, she says, “I like the fact that I can eat as much mircha (chilli) as I want.” Mindy on the other hand, said, “My favourite thing about being Indian is that it is so many things at once,” whereas Lilly said, “The resilience of my immigrant parents.”

Neetu Kapoor took to Instagram to share a selfie on the completion of her upcoming film Jug Jugg Jeeyo shoot. She captioned the post, “Finally wrapped #jugjuggjeeyo was such a wonderful experience made some Lovly friends gained confidence which was so needed at that time .. this movie will always be very special.” Jug Jugg Jeeyo marks the veteran actress’ comeback to films after the demise of her husband Rishi Kapoor. Alia Bhatt, who is dating Neetu's son Ranbir Kapoor, commented on the post and wrote, “So pretty” while her sister Shaheen Bhatt wrote, “Yaaaaay”.

Kangana Ranaut painted the town red by partying with her Tejas team as they wrapped the film. Sharing the pictures on her Instagram, Kangana wrote, “Tejas wrap party ..By our lovely producers @rsvpmovies ..” Kangana decked up in a bronze-tone dress with a thigh-high slit for the party and shared videos on her Instagram stories where she can be seen dancing the night away. Kangana was accompanied by her sister Rangoli Chandel at the bash. 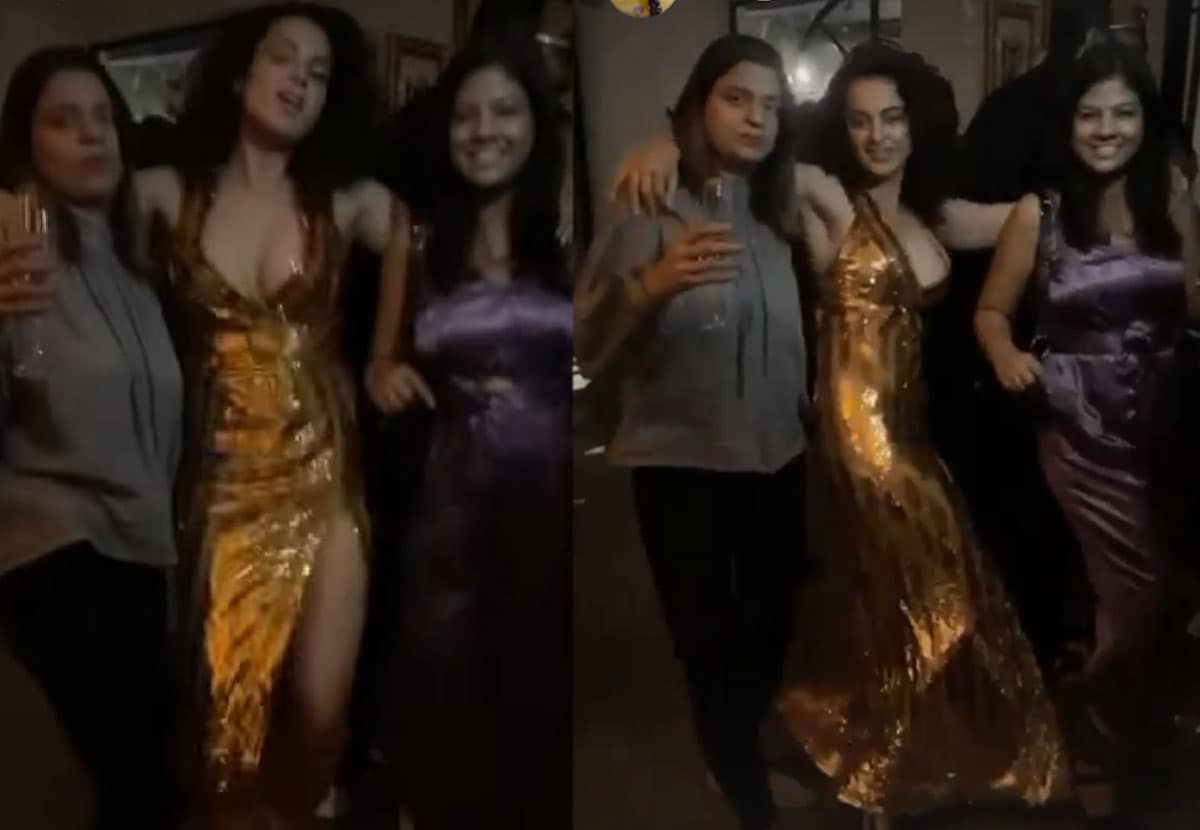 Abhishek Bachchan, Aishwarya Rai Bachchan and Aaradhya were spotted at the Mumbai airport today as they headed out of the city for their vacation. Aishwarya sported an all-black look while Abhishek kept things casual in a blue sweatshirt, jeans and sneakers. Aaradhya wore a pink top with a pink backpack and black pants.