Kajol sobs on meeting uncles at family's Durga Puja pandal; is mother Tanuja's ill health the reason for break down?

The Mukerjis, including families of actresses Kajol, Rani and director Ayan, have been hosting the biggest and grandest Durga Puja celebrations in the city for the longest time now. Started by Ayan's father, the pandal, every year, witnesses the who's who of Bollywood seeking the blessing of Maa Durga. However, due to the COVID-19 pandemic, Durga Puja for the Mukerjis is a private affair. On Tuesday, Kajol stepped out to participate in Durga Puja festivities on Maha Saptami. The actress reunited with her relatives after a long time.

For the Durga Puja celebration, Kajol wore a bright pink saree, which she styled with traditional jewellery and a bindi. A video from the pandal is going viral in which Kajol can be seen greeting her uncles. The actress got emotional and sobbed as they tried to comfort her. It is being said that Kajol's mother, actress Tanuja isn't keeping well and that's why she got emotional. Tanuja, who never skips the annual Durga Puja celebration, was not seen at the pandal this year.

The actress was seen with her cousin Sharbani Mukherjee. 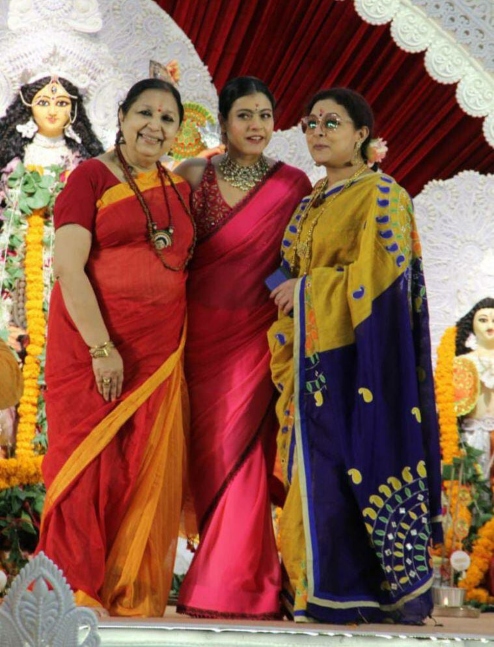 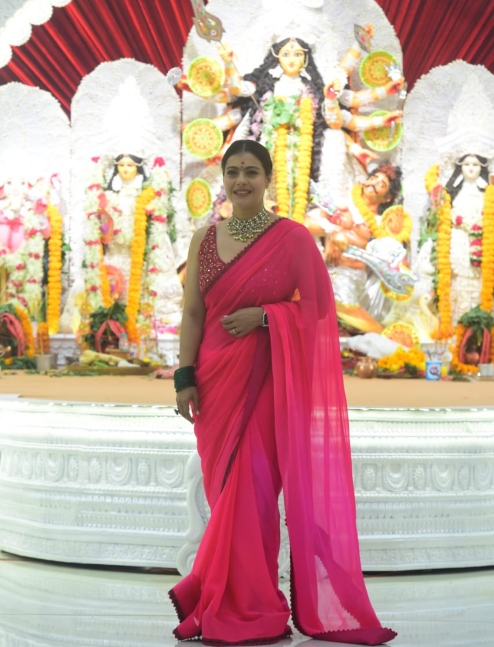 In 2020, Kajol and her family skipped the Durga Puja festivities due to the pandemic. The actress went to Singapore with her daughter Nysa Devgn, who is studying at United World College of South East Asia. After spending a few months there, Kajol and Nysa returned to Mumbai.

Workwise, Kajol was last seen in the Netflix film Tribhanga. She recently signed a film titled The Last Hurray, which will be directed by actress-turned-director Revathy.