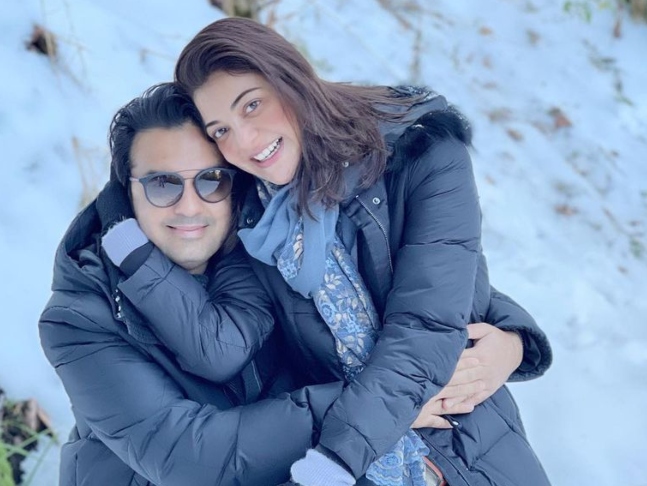 Kajal Aggarwal gave her fans a surprise by announcing her wedding with businessman Gautam Kitchlu. They tied the knot on October 30, 2020, in Mumbai with close family members in attendance. Months after her wedding, Kajal bounced back to work and is juggling between Tollywood and Bollywood. Now, almost 11 months after tying the knot with Gautam, Kajal is rumoured to be pregnant with her first child.

According to a news portal, Kajal has informed the makers of her Telugu film Acharya co-starring Chiranjeevi and Ram Charan. Reportedly, the actress has asked them to complete her portions quickly so that she can take a break before starting a new chapter in her life. Kajal started shooting for her Hindi film Uma in July in Kolkata and wrapped it up in August. Reportedly, she might reunite with Deekay for a horror film. The film is yet to be announced officially.

Recommended Read: Kajal Aggarwal decks up for her first 'Teej' after marriage with Gautam Kitchlu, shares photos from the celebration with family

Kajal and Gautam dated each other for 3 years and were friends for 7 years. It was only during the lockdown that they realised it is the right time to take their relationship forward. Kajal is yet to announce her pregnancy.

Fans of Kajal must be knowing that her younger sister Nisha Aggarwal has often expressed her desire to become an aunt. Through her Instagram stories, Nisha requested Kajal to have a baby soon so that her son Ishaan gets a new play partner. Nisha is married to Karan Valecha and their son Ishaan will turn 4 this year.