Now, the producer-stylist has shared her first-ever Instagram story post her wedding. Rhea shelled out newly-wed vibes as she gave fans a sneak peek of her painted feet. Rhea's BFF Masaba Gupta shared a photo of Rhea's feet that had alta on them. Rhea reposted the story. 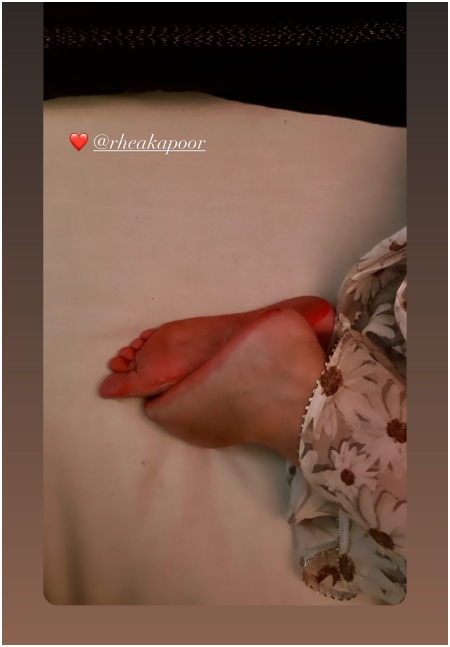 While Rhea Kapoor and Karan Boolani have not yet officially announced their wedding, Anil Kapoor was seen happily distributing sweets to the paparazzi post the rituals.