Advertisement
HomeBOLLYWOODENTERTAINMENT NEWS'This is us,' says Kareena Kapoor Khan as she reunites with girlfriends Amrita Arora, Malaika Arora and Maheep Kapoor for a weekend get-together 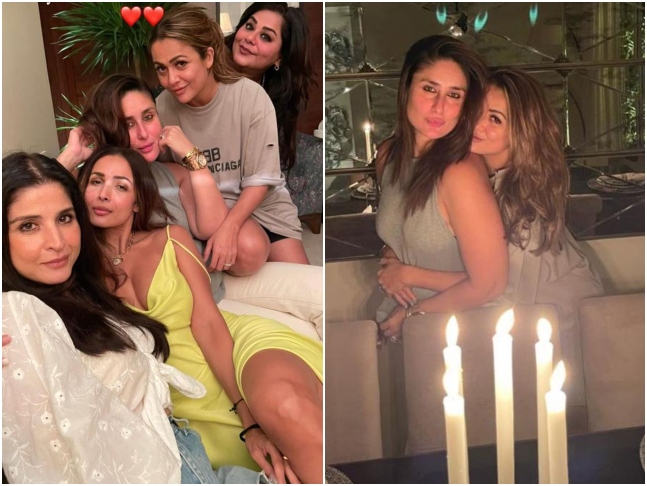 Kareena Kapoor Khan reunited with her girl gang on Sunday night. The actress partied the night away with her BFFs Malaika Arora, Amrita Arora, Maheep Kapoor and Mallika Bhat. She took to Instagram Stories to share photos of her weekend revelry.

The first photo featured the five women posing together on a couch. “Ok you can sit with us,” Kareena Kapoor wrote in her caption. In the second picture shared by Kareena, she was seen posing with her best friend Amrita. “Forever,” she captioned it, along with a heart emoji. She credited Malaika for the location, suggesting that the dinner took place at her house. 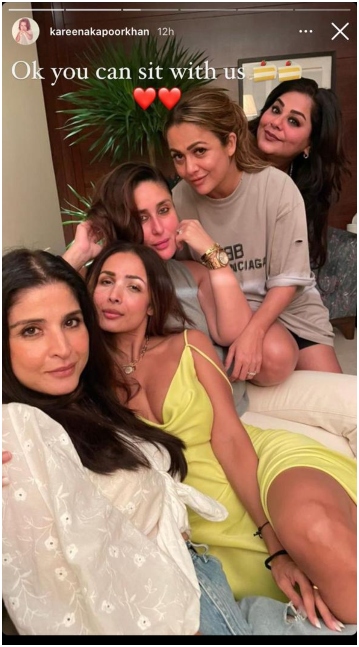 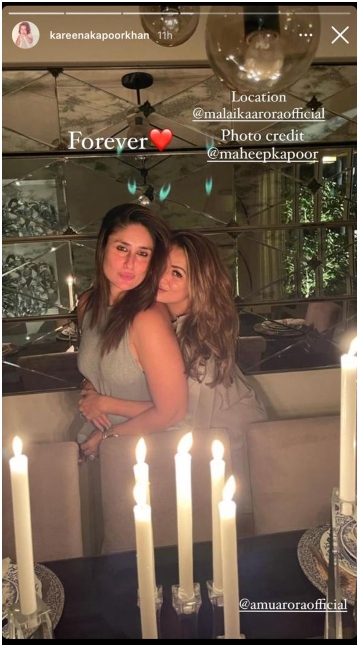 Kareena also shared two boomerang videos. In the first, she was seen with Amrita and Mallika, and captioned it, “Yeh khambaqt ishq.” She also shared a clip of all five of them posing together and wrote, “This is us,” along with a heart-eyes emoji. 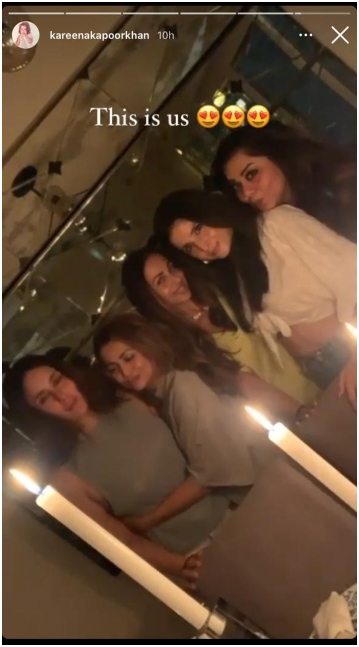 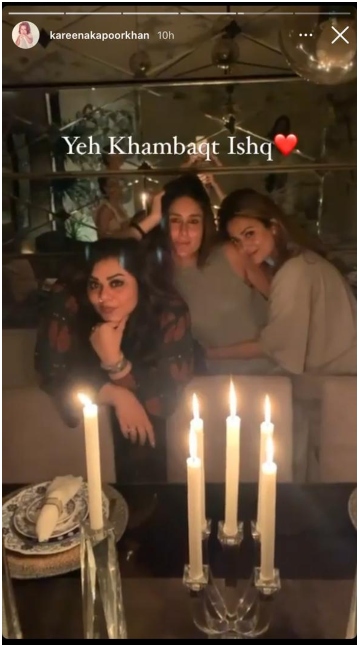 On the work front, Bebo will be next seen in Aamir Khan's Laal Singh Chadha.