Earlier this month on his birthday, filmmaker Anubhav Sinha announced a stellar line up of films, in which he is collaborating with some of the best of Bollywood’s maverick directors. After collaborating on the critically acclaimed and commercial success - Thappad, Bhushan Kumar & Anubhav Sinha have joined hands again for another ambitious project - an action commercial thriller - directed by the talented Hansal Mehta. Hansal Mehta’s latest web series, Scam 1992- The Harshad Mehta Story was a spectacular hit, being the topmost trending show on the digital platform.

The maiden collaboration of the talented trio we hear is based on a true incident and has international origins. The untitled film produced by Anubhav Sinha and Bhushan Kumar directed by Hansal Mehta, has been in the pre production phase for the last few months. According to sources, the film will see two fresh faces opposite each other in the film. The cast of the film is being kept under wraps and will be revealed soon. It will be exciting to see what is in store for the audiences and who these epic storytellers would be backing and bringing forth on the silver screen. The shoot for the film kick-starts from today and will be shot keeping all the COVID safety precautions in mind. 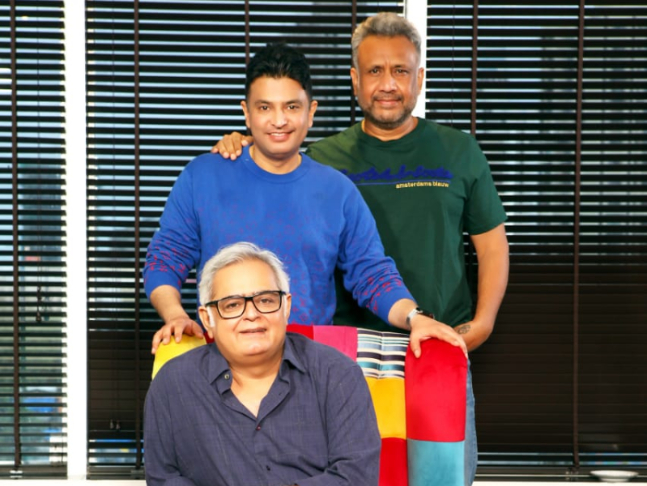 "The film has been in pre-production mode for some time now. Everything has been planned keeping in mind the ongoing situation, all the safety measures will be in place during the shoot. The two fresh faces have been handpicked and groomed by Anubhav and Hansal after months of gruelling sessions” said the source.

The film is jointly produced by Benaras Mediaworks, T-Series along with Mahana Films and directed by Hansal Mehta.