Karan Johar-directed Kabhi Khushi Kabhie Gham remains to be iconic for multiple reasons. From giving a sneak-peek into the lives of super-rich families to redefining the term 'diva', the film has a special place in Bollywood. Even after 20 years, Kabhi Khushi Kabhie Gham, also called K3G, remains fresh in our minds. The multi-starrer Dharma Productions film found itself trending on social media for an iconic scene that played a catalyst to the story.

The scene was picturised on Shah Rukh Khan and Kajol, who played the characters of Rahul and Anjali. In the scene, Rahul, son of a rich businessman, impulsively decides to marry Anjali, the daughter of a confectioner or halwai in Hindi, when her father passes away. Despite knowing that his father won't approve of their relationship, Rahul takes the step and amid a heavy downpour, he places his hand over Anjali's head and promises to be with her forever. 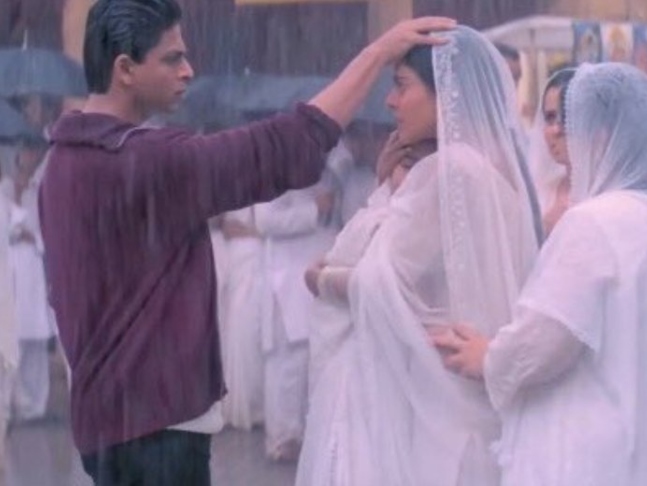 While the emotional scene left everyone teary-eyed in cinema halls 20 years ago, Twitter users have given it a hilarious spin. Using their creativity, people have used the scene to describe awkward situations that they often find themselves in. For example, Indian moms checking the temperature of their kids when they have a fever.

when she says she prefers Dal makhani over pizza. pic.twitter.com/veIQ3mxqmf

when she chooses water over Coca-Cola pic.twitter.com/hI0q1tyTPd