Amitabh Bachchan, Alia Bhatt and Ranbir Kapoor's Brahmastra is highly-anticipated. The film directed by Ayan Mukerji was scheduled to release in December 2020 but got postponed once again due to the pandemic. Now, the film is said to be on the verge of completion. While Ayan is yet to announce the release date of his most ambitious mythological fantasy film, the teaser, it seems, is on its way.

In the month of April, the Central Board of Film Certification (CBFC) has categorised Brahmastra's teaser under the 'Unrestricted Public Exhibition' category. However, according to rumours, the producers of Brahmastra have submitted 13 teaser cuts to the CBFC. Apart from this, reports claim that promotional content for IMAX and 8 motion posters have been submitted. 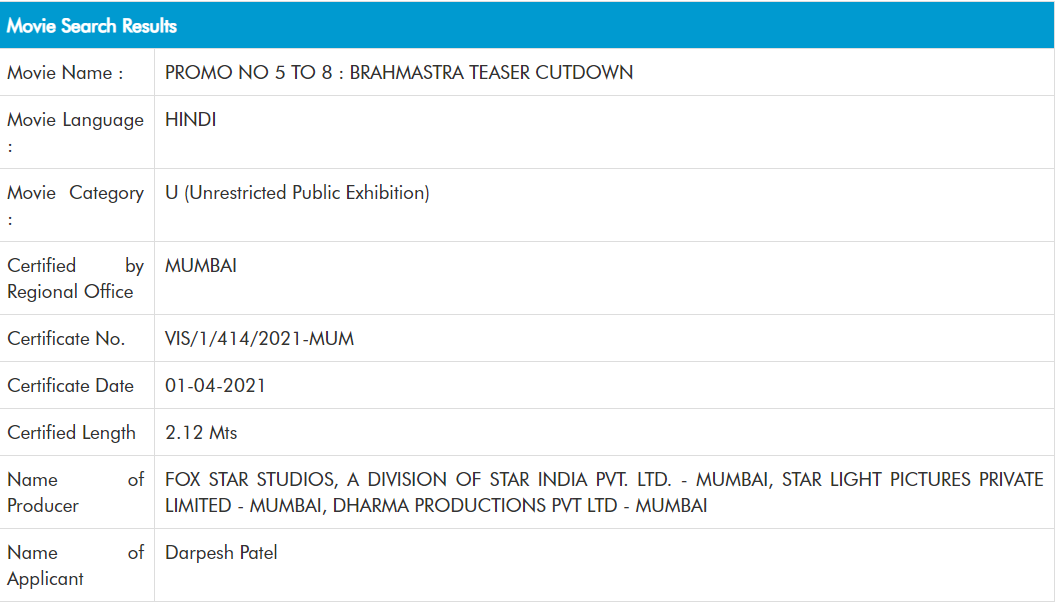 Recommended Read: Mouni Roy lavishes praise on her 'Brahmastra' co-stars Alia Bhatt and Ranbir Kapoor, says 'both of them are fire on-screen'

Reportedly, Brahmastra revolves around Shiva aka Ranbir, who can emit fire from his palms. Alia plays the role of Isha, Shiva's lover who will help him discover his inner power. Amitabh is said to play Shiva's mentor. Brahmastra, produced by Karan Johar under his banner Dharma Productions. The film also stars Nagarjuna and Mouni Roy. Shah Rukh Khan will be seen in a special cameo.