Advertisement
HomeBOLLYWOODENTERTAINMENT NEWSSushmita Sen posts a cryptic post on relationships; fans wonder whether she is hinting at breakup with Rohman Shawl

Sushmita Sen posts a cryptic post on relationships; fans wonder whether she is hinting at breakup with Rohman Shawl

Sushmita Sen took her fans by surprise when she shared a cryptic note on social media on Wednesday giving relationship advice for men and women. Her note left her fans wondering whether it was directed towards boyfriend Rohman Shawl and whether they have called it quits.

Sushmita shared a post on social media that read, “The problem is woman think he will change, he won’t. The mistake men make is thinking she’ll never leave, she will (sic).” She accompanied the post with a caption that read, “Moral of the story... “He won’t, She will” #factcheck #truethat I love you guys!!! Mmuuuaaah (sic).” 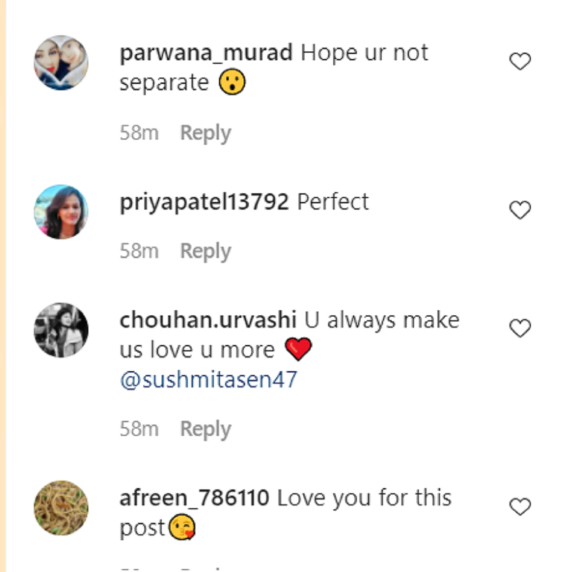 As soon as Sushmita shared the post, fans and followers flooded the comments section with words of concern for her and Rohman. “Hope you did not separate (sic),” read a comment. “Ummm... I hope all is well with your partner (sic),” another fan comment read. Her fans were busy speculating the status of their relationships while some agreed to what she had to say. “You are absolutely right (sic),” a fan wrote. “Queen has said the ultimate truth (sic),” a fan quipped. 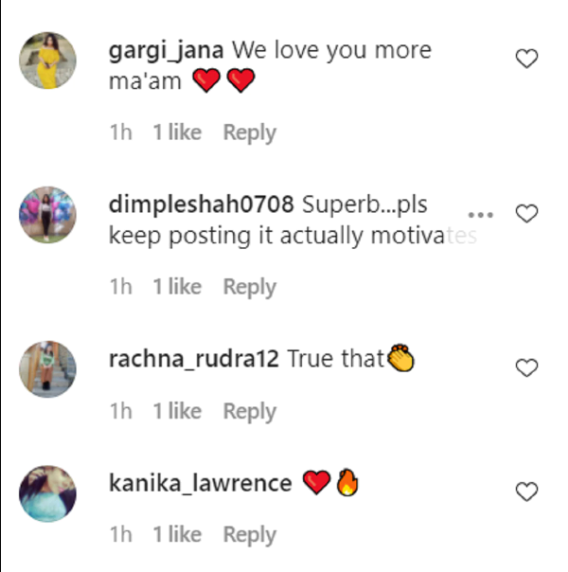 Only a few days ago, during an interview Rohman had spoken about his relationship with Sushmita. Talking about marriage plans with the actress, he has said, “Sushmita, her daughters (Renee and Alisah) and I are a family already. Sometimes, I am like a father to the kids, sometimes, I am a friend to them, and at times, we fight, too. We live like a normal family, and we enjoy that. So, we don’t dwell upon questions like ‘ Aap shaadi kab kar rahe ho (when are you getting married)’. When marriage happens, we won’t hide it. For now, we are enjoying the success of her web series. Aage sochenge kya hota hai (we will think about the future later).”