Joe Biden and Kamala Harris were officially sworn in as President-Elect and Vice President-Elect on January 20 at the U.S. Capitol. Biden became the 46th president of The United States of America while Kamala is the first female, first Black and first South Asian-American Vice President of the US. The inaugural ceremony was attended by former Presidents Barack Obama, George W. Bush and Bill Clinton, former Secretary of State Hillary Clinton, multiple Supreme Court justices (including all three appointed by President Trump), and former Vice President Mike Pence and Second Lady Karen Pence. 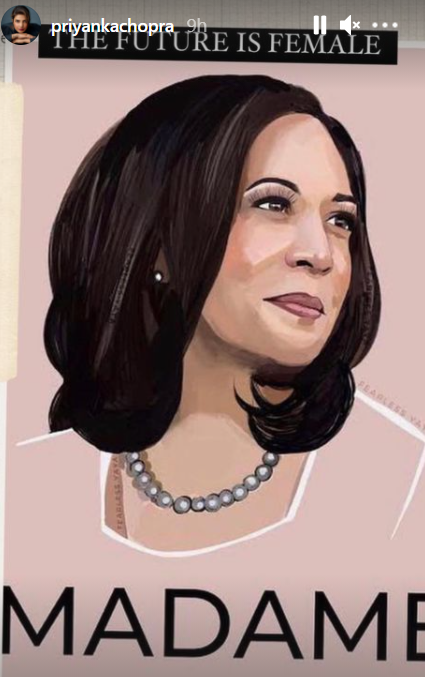 Recommended Read: Lady Gaga sings the national anthem, JLo performs 'This Land is Your Land' - All that happened at Biden-Harris Presidential Inauguration Ceremony

Sushmita Sen wrote, "Congratulations UNITED States of America!! Making History on so many levels, Respect Madam Vice President @kamalaharris  Its beyond empowering!!! The world needs a strong sense of inclusion & hope Mr. President @joebiden Here’s praying we all find strength in each other...beyond geography!! “We lead not by the example of our power, but by the power of our example” #president #JosephRobinEtteBidenJr  Regards & Respect from India  #duggadugga"

Sharing Harris' post, Dia Mirza wrote, "You are amazing. You inspire women and girls all over the world. All the best"

You are amazing. You inspire women and girls all over the world. All the best https://t.co/bIfFrBFe30

"United States Of America, you did good!" tweeted Swara Bhasker.

United States Of America, you did good! pic.twitter.com/YnKbMxMPc5