On December 18, 2020, PeepingMoon exclusively informed its readers that Aamir Khan has backed out of Vikram Vedha's remake co-starring Saif Ali Khan. The superstar was to play the role of a most-wanted gangster that was originally portrayed by Vijay Sethupathi. While Aamir is yet to talk about it, an entertainment portal's report claimed that a fallout with Vijay led to the former's unexpected exit. A source close to the development told the portal that things got sour between Aamir and Vijay on the set of Laal Singh Chaddha.

"Everyone was shocked to see Aamir leave the film in a jiffy. While he didn’t give a reason for his sudden exit, there is a talk in the market that he left the film since he didn’t want to portray the character of Vijay Sethupathi, after things going a little sour with him on Laal Singh Chaddha. He has ample offers in his kitty, and will do something original now," the source told. 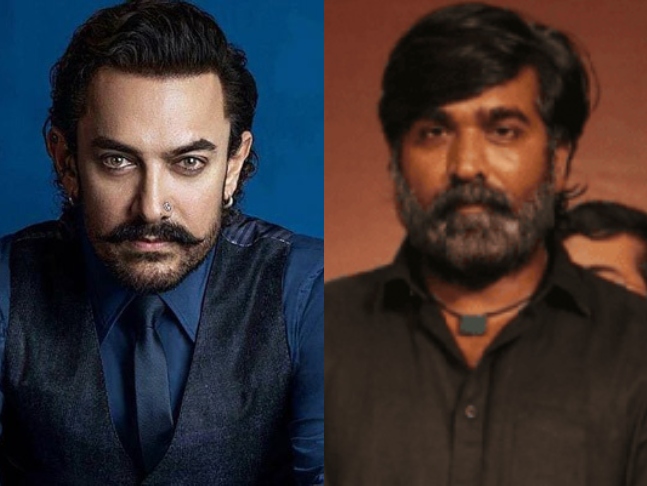 Hrithik Roshan has replaced Aamir in Vikram Vedha's remake. Talking about the same, the source said, "In-fact, even before Aamir, the makers were keen to get Hrithik on board, however back then, he was preoccupied with another film (Satte Pe Satta), which eventually got shelved. While he had the heart on doing Vikram Vedha back in the past, he decided to not do it due to prior commitments. But now, he is back on board, and all set to commence shooting from the second half of 2021."

For the unversed, Vijay, who was to make his Bollywood debut with Laal Singh Chaddha, left the project and the reason for the same is unknown. Rumour has it that Aamir didn't like the fact that Vijay put on some extra kilos. The superstar, as per reports, was upset with the South star for not maintaining his body well. Reportedly, Aamir felt the heavier version of Vijay was unfit for the role and went for a change of cast.