Kangana Ranaut, a few months ago, stirred controversy for misidentifying Mahinder Kaur as Shaheen Bagh's Bilkis Bano amid the ongoing farmers' protest in Punjab and Haryana. Now, Mahinder, a 73-year-old farmer has filed a complaint against the actress in a court in Bathinda. Mahinder's counsel Raghbir Singh told a media agency that a complaint has been filed under IPC sections 499 (defamation) and 500 (punishment for defamation).

According to a media agency's report, the complainant said that Kangana made 'false imputations and remarks' against her in a tweet by comparing her with Bilkis Banu, saying she was the same 'dadi' who was part of the Shaheen Bagh protest. As per the complainant, the 'false and scandalous tweet caused grave mental tension, agony, harassment, humiliation, loss of reputation and defamation in the eyes of her family members, relatives, neighbours, co-villagers and general public at large. 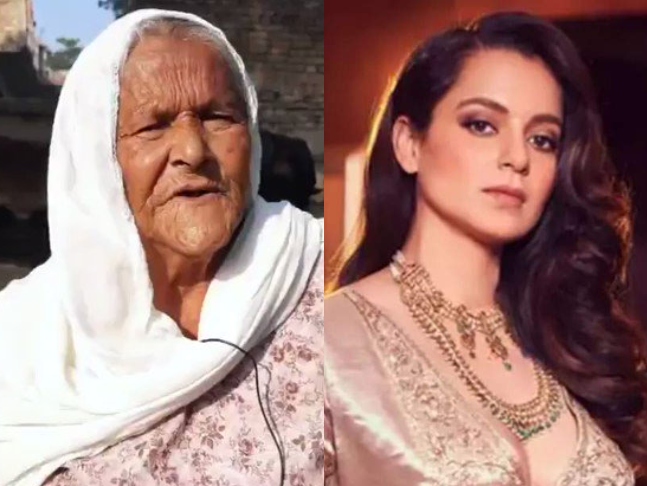 Mahinder, a resident of Bahadurgarh Jandian village in Bathinda, told that Kangana is yet to issue an unconditional apology.

For the unversed, Kangana shared a tweet alleging that Shaheen Bagh dadi aka Bilkis Banu also joined the farmers' protest over the new agriculture laws. She retweeted a post with pictures of the two women and claimed that the 'same Dadi' who featured in Time Magazine was 'available in 100 rupees'. Later, she deleted the tweet when Twitteratis pointed out that both the women were different.