Pankaj Tripathi, who had impressed the audience with his role of Janhvi Kapoor's father in Netflix's Gunjan Saxena: The Kargil Girl, has now opened about Boney Kapoor’s compliment on playing Janhvi’s reel father

Pankaj had earlier mentioned in an interview that Biney was very happy to see him play the role of Janhvi's reel-life father. Remembering that moment, Pankaj had said, "Bonnie ji sent me a message late at night. He became very emotional after watching Gunjan Saxena. He was saying that I am a better father of Jahnavi than him. This thing touched my heart." 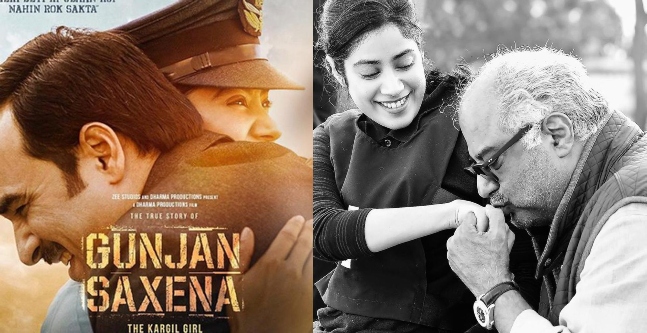 On the work front, Pankaj was last seen as Kaleen Bhaiya in Amazon Prime Video's Mirzapur 2 for which he received appreciation from the audience as well as the critics.