Shahid Kapoor is training Misha and Zain to cycle, loves playing football with them: Mira Rajput on actor-husband's lockdown routine

Shahid Kapoor with his wife Mira Rajput and children Misha and Zain travelled to their holiday home located in Punjab's 'small town surrounded by farmland' before the lockdown was made stringent. The family has been stationed there and are spending some quality time together. Talking about the family time the Kapoors got due to the lockdown, Mira, in an interview with a leading daily, revealed how their days look like. The mother of two told that after Misha, 4, attends her online school, dotting daddy Shahid plays football with them and is also training her to cycle. Mira further said that their 2-year-old son Zain is trying to use the tricycle now. Mira told once the children go to bed, Shahid and she get time for themselves.

"The day begins with Misha attending her online school, or we do some homeschooling. Later, we have a lot of free time to play. That’s the time Shahid really enjoys as he gets to play with the kids. He plays football with them. He is training Misha to cycle and even Zain is trying to use the tricycle. We also play board games with the kids and watch a lot of movies. In the night, once the kids go to bed, Shahid and I get time for ourselves," Mira told. 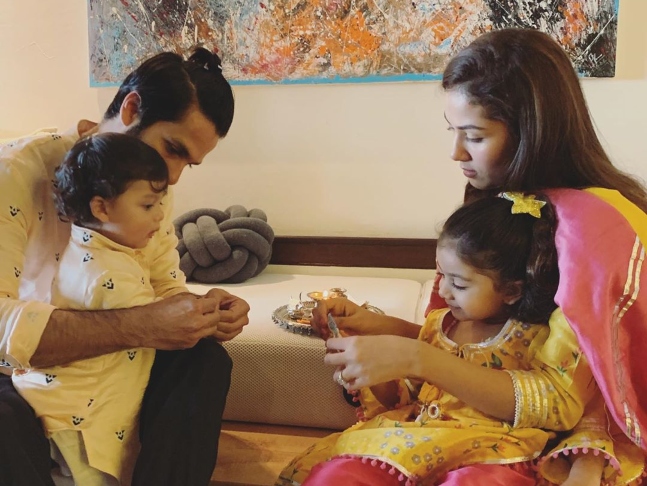 Recommended Read: ‘She was so excited while chatting with her great-grandchildren,’ says Mira Rajput sharing video chat with her grandmother

Shahid, after the shoot of his upcoming film Jersey came to a halt in March, is now gearing up to resume work.