Veteran actress Surekha Sikri was hospitalized after she suffered a brain stroke on Tuesday. The actress is currently in the Intensive Care Unit of the Criticare Hospital in Mumbai. She is critical but stable. The news of her ill health has got her fans as well as her co-stars worried who have all been praying for her speedy recovery. Surekha’s Badhaai Hoi co-star Ayushmann Khurrana, who played her grandson in the film has also sent his best wishes to the actress.

Taking to his Instagram, Ayushmann shared a still from the film Badhaai Ho where he can be seen resting his head in Sikri’s lap and wrote, “Wish you a speedy recovery ma'am. Always with you.” Surekha’s agent, Vivek Sidhwani shared her health update to a news agency and said, “Surekha ji is doing fine but she continues to be monitor closely and the next few days are crucial. That is what the doctors said. This is the second time she suffered a brain stroke after 2018, when she had it for the first time. So we will be asking all her well-wishers to pray for her speedy recovery.” 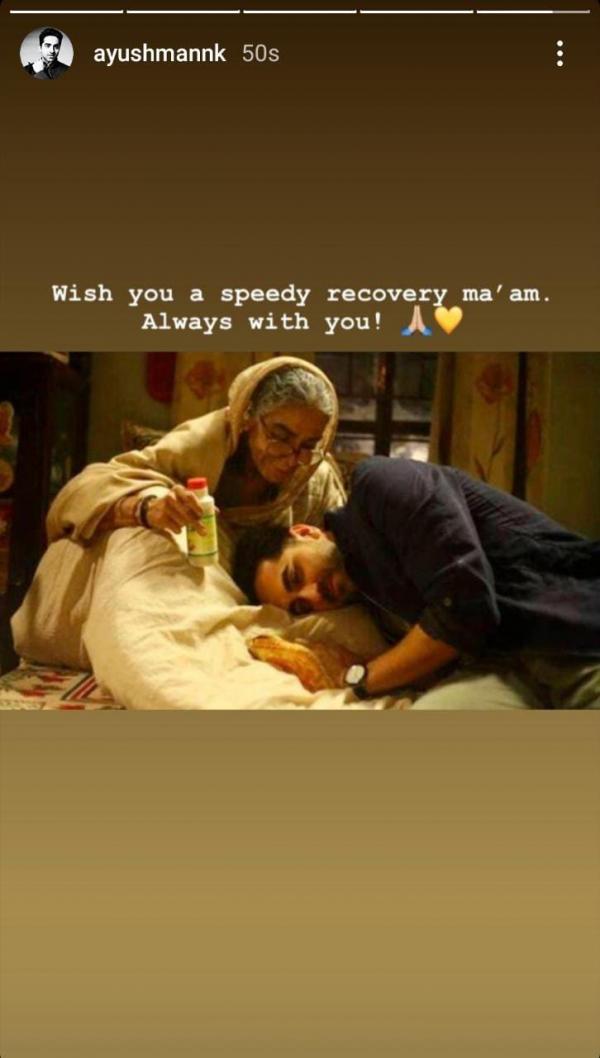 Earlier there were reports that the actress was suffering from financial constraints and hence was unable to get proper treatment. However, Sidhwani refuted such claims and said, “I saw that report came out yesterday and that is absolutely incorrect. Yesterday we were so occupied with hospital, doctor and everything that we could not even clarify that it is wrong information. Surekha ji’s immediate family is taking care of all her finance and she also has her own finances. There is no financial assistance that we are taking from anywhere else. Few film directors and actors and well-wishers have reached out to us, offering financial assistance after reading the report. I want to say that we are financially doing fine. Surekha ji’s health is under observation, but please pray for her good health. That is all we need right now.” 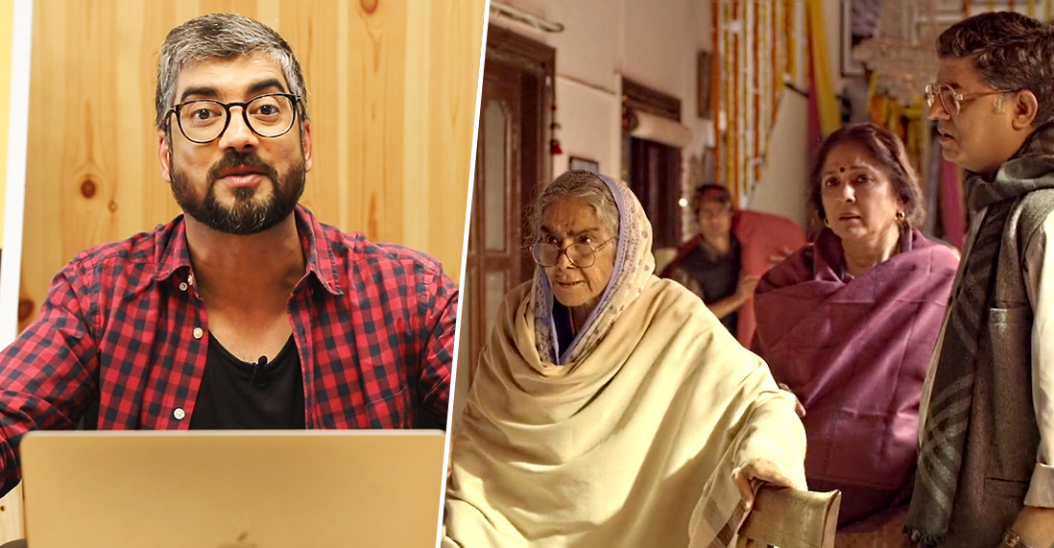 On the other hand, Badhaai Ho’s director Amit Sharma and her onscreen son Gajraj Rao have come forward to help her in these difficult times. Sonu Sood has also offered financial help. Gajraj told a leading daily, “Both Amit Sharma, the Badhaai Ho director, and I are in touch with Surekha ji’s secretary Vivek and yes, we are all there with her and we’ll extend all help we can, to her.”

She’s doing fine now and in able hands. Thanks for the concern and wishes https://t.co/FwH9hUuP3P

Amit said, “I have not spoken to anyone else, but people who are close to her- her family, nurse and manager. I will be doing my best to provide any kind of help that would be needed and I don’t think there would be any financial obstacles in her treatment.” In response to a fan’s tweet about Surekha being in need of financial help, Sonu Sood wrote back, “She’s doing fine now and in able hands. Thanks for the concern and wishes.”