On August 7, 2020, Varun Dhawan and Kiara Advani were clicked outside Karan Johar's Dharma Productions office in Mumbai. Later in the evening, they headed to the filmmaker's residence along with Anil Kapoor and Neetu Kapoor. While fans assumed that it was a casual weekend meet, the gathering was apparently for an upcoming film. According to a leading daily's report, Varun, Kiara, Anil and Neetu have been roped in for director Raj Mehta's romantic dramedy. Raj, who directed Kiara in Good Newwz, has been working on the script for a while now. As per a source close to the development, the yet-to-be-titled film will go on floors by either October end or early November.

"It’s a script that Raj and his writing partner Rishabh Sharma have been working on for a while now. The untitled film is a romantic dramedy and should go on the floors around October-end or early-November," the source told. 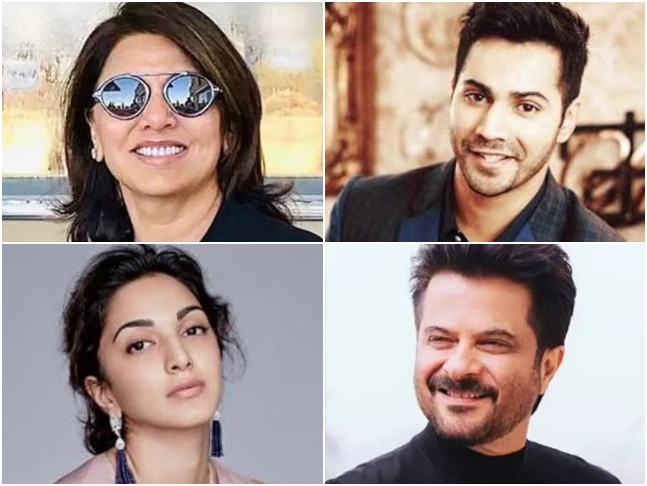 Reportedly, Anil and Neetu will be playing Varun's parents. It is believed that their track will be high on humour. The yet-to-be-titled film marks the maiden collaboration of Anil and Neetu with Varun and Kiara.

Workwise, Anil was last seen in Mohit Suri's Malang which released in February this year. Neetu did Besharam in 2017 with her husband Rishi Kapoor and son Ranbir Kapoor before taking a break. Varun featured in the lead role in Remo D'Souza's Street Dancer 3D while Kiara led Netflix's film Guilty.