Advertisement
HomeBOLLYWOODENTERTAINMENT NEWSThe pressure is less in web because there is no discussion on box-office figures: Abhishek Bachchan on making his OTT debut with 'Breathe: Into The Shadows'

The pressure is less in web because there is no discussion on box-office figures: Abhishek Bachchan on making his OTT debut with 'Breathe: Into The Shadows'

After receiving appreciation for his 2018 film Manmarziyaan, Abhishek Bachchan is all set to venture into the web space after a gap of two years. The actor, who recently completed 20 years in the film industry, will make his digital debut with Amazon Prime Video's Breathe: Into The Shadows. The web series will stream on July 10.

Though he is headlining the second season of the thriller, Abhishek said he walked into the project with a clean slate. "I loved the first episode of the first season. I purposely didn't watch the rest of the edition because I didn't want to be influenced by it. Mayank [Sharma, creator-director] has incorporated some of his learnings from the first season into this one," said the actor, who plays a parent searching for his missing child.

Abhishek believes the webspace is less judgmental as compared to films. "There is less judgment here than in cinema. That said, the pressure to perform still exists because people will judge your work — be it the social media users or the critics. There will be a discussion on whether they like the show and your performance. But, the pressure is less because there is no [discussion on] box-office figures." 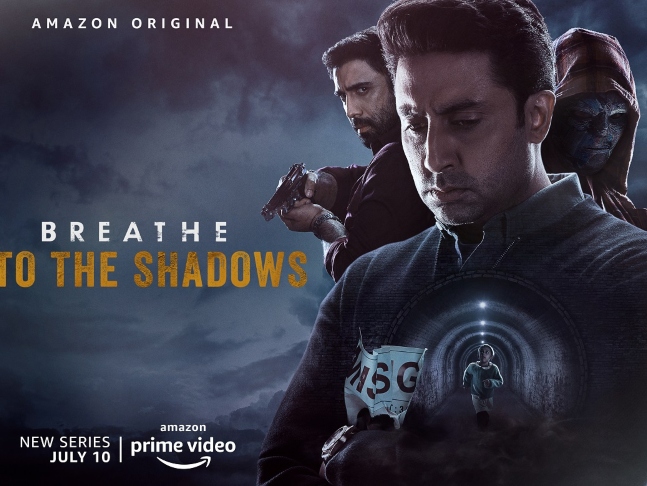 Recommended Read: Breathe: Into The Shadows Trailer: Abhishek Bachchan can go to any extent, even kill, to find his kidnapped daughter

With several films being web-bound, the dialogue around theatres losing their charm has intensified. However, Abhishek believes the advent of OTT has raised the bar. "The past two years have been a brilliant time for cinema, too. The streaming services are pushing filmmakers to up their game. However, the experience of going to a movie hall cannot be matched by an OTT platform."