Advertisement
HomeBOLLYWOODENTERTAINMENT NEWSHe has been dedicating a few hours daily to develop the first draft: Salman Khan reportedly writing a love story amid lockdown; plans to produce it

He has been dedicating a few hours daily to develop the first draft: Salman Khan reportedly writing a love story amid lockdown; plans to produce it

After impressing fans with back to back songs amid lockdown, Salman Khan is now all set to have taken writing again. A leading daily has learned that the superstar, who has tried it all during the lockdown, from sketching to singing and creating music videos, is now penning a love story and also planning to the producer it.

"Salman often comes up with one-line concepts; his keen interest in storytelling can presumably be attributed to writer-father Salim Khan. For long, he has had a love story about a young couple in mind. The lockdown seemed like an opportune time to revisit the idea. Salman has been dedicating a few hours daily to develop the first draft, and hopes to have the script ready by the year-end," said a source in the know. The romantic drama will apparently be produced under the actor's home banner. 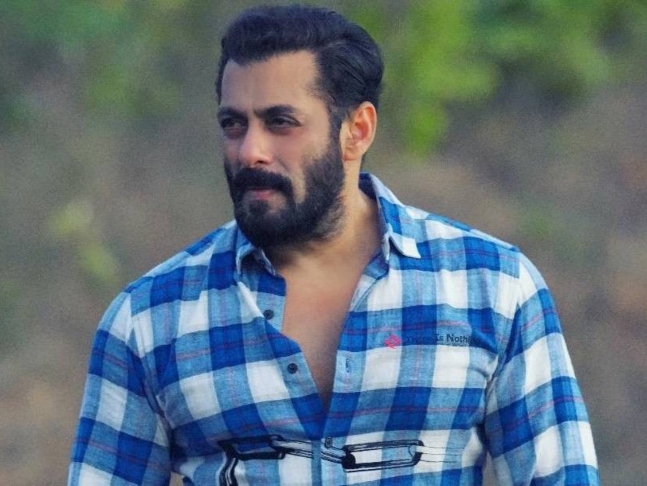 Earlier there were reports that the actor will start his own show reportedly titled House Of Bhaijaanz. It is said to be aired on Colors. As per sources, the superstar's Bollywood friends, house helps and other staff at the farmhouse will make an appearance too. It is being reported that Waluscha De Sousa will be turning host for the show which is produced by SK TV and Banijay Asia.

Watch: ‘My mother saw me dancing with my shadow and thought I was po