Actor Arjun Kapoor desired to work on the remake of the iconic comedy Hera Pheri along with Bollywood's livewire Ranveer Singh. Asked which film he would love to remake with his Gunday co-actor, Arjun said, "I would love to do Hera Pheri with Ranveer and Paresh Rawal. Similarly, Main Khiladi Tu Anari is another film that I would love to remake with him."Priyadarshan's Hera Pheri released 20 years ago, and has attained a cult status among the buffs over the years. The film starred Akshay Kumar, Suniel Shetty and Paresh Rawal as three good-natured men struggling in life, who get rich thanks to a freak twist of fate involving a wrong telephone number and a sinister kidnapping gone haywire. Tabu also played a pivotal role in the entertainer, which set the template for new-age comedy in Bollywood. 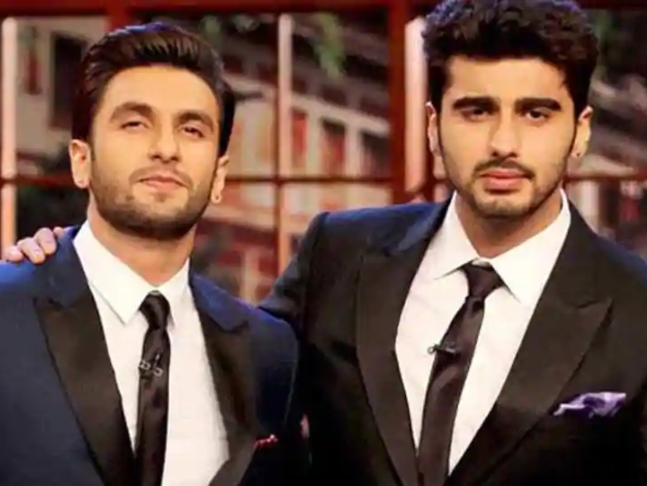 Recommended Read: Watch: Virat Kohli nails 180-degree landings on first attempt but Arjun Kapoor steals the show with his hilarious commentDuring the interaction on social media, Arjun went on to say that his uncle and actor Anil Kapoor inspired him to pursue his passion for acting. "I used to spend a lot of time around him and on-sets and get inspired from him," Arjun said, adding that he has also always looked up to stars like Jackie Shroff, Govinda and Suniel Shetty.The actor also confessed that if he were to play a superhero, he would like to play Wolverine. Looking back at his journey from ‘fat to fit', Arjun said he had to quit things like rice and sugar to be in shape and worked hard to prepare himself to get into acting. He encouraged his fans to take up some physical activity.He felt the lockdown is 'a fantastic opportunity to reinvest and reinvent in our health because jaan hai to jahaan hai'. Arjun opened up about his life and career in a Helo live session.