Advertisement
HomeBOLLYWOODENTERTAINMENT NEWS‘Nobody is telling me what it means,’ says Amitabh Bachchan as Bhumi Pednekar calls him a ‘baller’ once again on his latest post

Amitabh Bachchan is stumped by Bhumi Pednekar's compliment. She has called him the "most baller person ever", and he is confused about the expression. What's more, she has done it twice over!

Early on Thursday, Amitabh Bachchan took to Instagram to compare himself with what he was 44 years ago. Sharing a still from his 1976 film "Kabhi Kabhie" and a picture from his upcoming Gulabo Sitabo, Big B wrote: "Srinagar, Kashmir .. 'KABHI KABHIE' .. writing the verse for the song 'kabhi kabhi mere dil mein khayaal aata hai ..' AND .. Lucknow, month of May .. 44 years later ( 1976 to 2020 ) Gulabo Sitabo .. and song playing .. ban ke madaari ka bandar.. Kya they Aur Kya bana diya ab (What I was and what I they have made me now)."

Reacting to the post, Bhumi Pednekar commented: "44 years later and still giving us such memorable characters. I'm telling you, you are the most baller person ever." This is the second time Bhumi has used "baller" as a compliment for Big B, and the veteran actor was unable to understand what she meant back then, too. 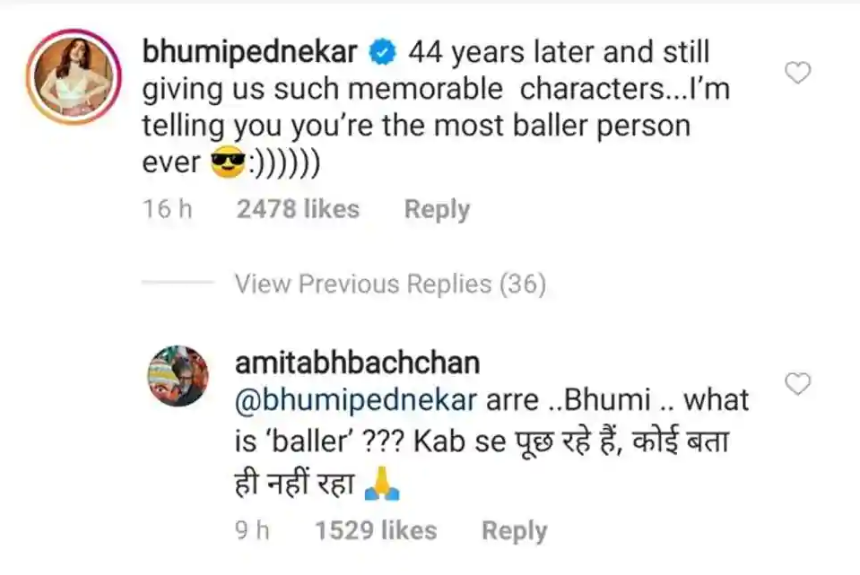 On Thursday, he wrote: "Arre Bhumi...what is 'baller'? Kab se pooch rahe hain, koi bata hi nahi raha (I've been asking for a while now, no one's telling me)." To clear the veteran actor's confusion, a netizen explained: "Baller means extremely good or impressive." Most users agreed with Bhumi, saying Amitabh Bachchan is a 'baller' indeed! 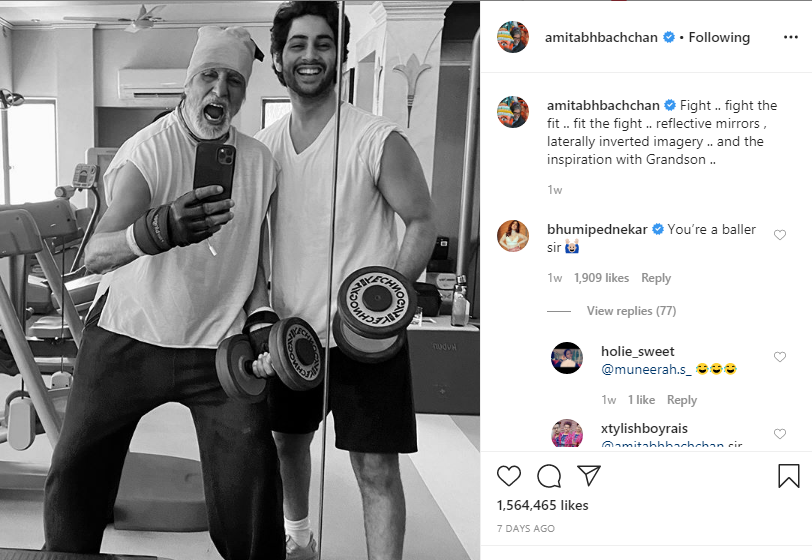 The first time Bhumi used the expression was when Big B shared a selfie with his grandson, Shweta Bachchan Nanda's son Agastya recently. Commenting on his post, Bhumi Pednekar had complimented him, saying: "You're a baller sir." "Eh?? What's a baller...woh Jo ball fenkta hai (the one who throws a ball)?" Big B had asked then.