Advertisement
HomeBOLLYWOODENTERTAINMENT NEWSI would request Helen not to come when I was recording, would have eloped with her if I were a man: Asha Bhosle

I would request Helen not to come when I was recording, would have eloped with her if I were a man: Asha Bhosle

Ask Playback icon Asha Bhosle to pick her favourite among the numerous actresses she has sung for in her illustrious career and response will be "Helen!" Asha Tai, who recently launched her YouTube channel, heaped praises on the actress-dancer. The singer was Helen's voice for decades and together the two have belted numerous hit dance numbers. "She was so pretty that the moment she would enter the room, I would stop singing and look at her. In fact, I would request her not to come when I was recording! Do you know that famous story when I told Helen that I would have eloped with her if I were a man! That is true," revealed the legendary singer.

From recording in a studio with live rehearsal to sending an audio recording via the Internet, Asha Tai has observed a huge transformation over an ongoing career since 1943. Now, at 86, she is gearing up to share many stories from her life, apart from her music, in the digital space. Talking about her new venture, the National Award-winning singer shared, "I have sung so many songs composed and written by veterans like O P Nayyar, Khayyam saab, Shankar-Jaikishan, and they are all celebrated. That is great. But I also want young and good lyricists, composers, and music directors to come forward and grab the opportunity to create music. I would like to encourage them. So, on my channel, I will talk of and share my experience on how we struggled to find space here. I am sure they will also feel inspired by knowing them. There are several unreleased songs that were composed by RD (Burman) and I have them all. I will slowly release them, sing them on my channel. I want to share them with our fans."

Remembering those good old days, she said: "Kishore (Kumar) da and I used to do so much of madness. We were great friends. I will share the story of our friendship with my fans. I have worked with so many artistes like Geeta Dutt, (Mohammad) Rafi saab. Raj Kapoor saab used to visit our recording studio. Madhubala, Nargis ji would visit us to hear the song that we were singing for them. Chintu (late Rishi Kapoor) used to come with Raj saab. Woh bhi to chala gaya (he too left us). I will share my best memories with my fans." 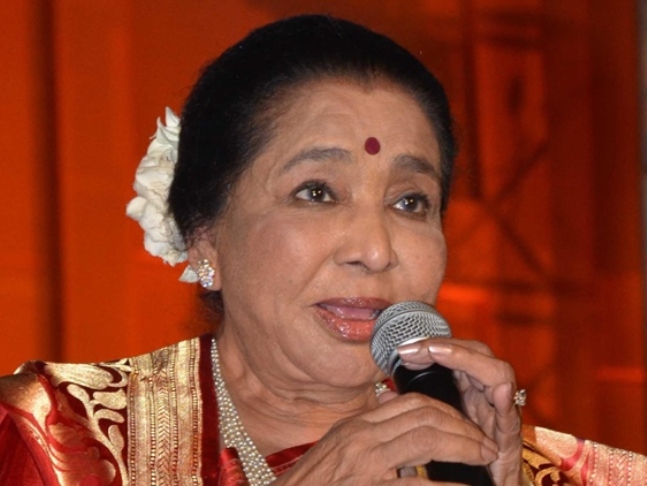 Asha Tai also sheds light on the changing music scenario of today's time in comparison to yesteryears. "I am old now. I have seen a sea of transformation inside the recording studio. When I started singing in the studio, we had the culture of singers, composers, writers, film directors and even actors sitting together and sharing their inputs and feedback on the song being recorded. All of us used to feel that we are doing teamwork. Aaj kal sab badal gaya, but main apne yaadon ki pitara lekar ayungi." Ask the singer what has been her driving force over the years and she shared, "I have a different personality on stage when I dress up. I interact with fans, take their request - that is different. But there is a moment that happens when I stand in front of the mic and sing the song. That is pure - rather, the purest - moment that I live as a singer. That's the time creation happens. In all these years, that is the only thing that has not changed. I cannot explain that moment but I know when I am singing, it happens. I live for that moment and will be living forever."

Asha Tai also shared that to beat the blues of COVID-19 lockdown one should shake a leg to her dance numbers like Piya tu ab to aaja and Sharara sharara. "Ghar par baithke dukhi nahin hona, mere gaane pe dance karo na. Don't be upset, sab theek ho jayega. Before the recording of a song, just to set my mood right, even I used to dance! Then I would come out of my room and sing the song with a very composed body language. How can you sing Yeh mera dil pyaar ka diwaana without dancing!" 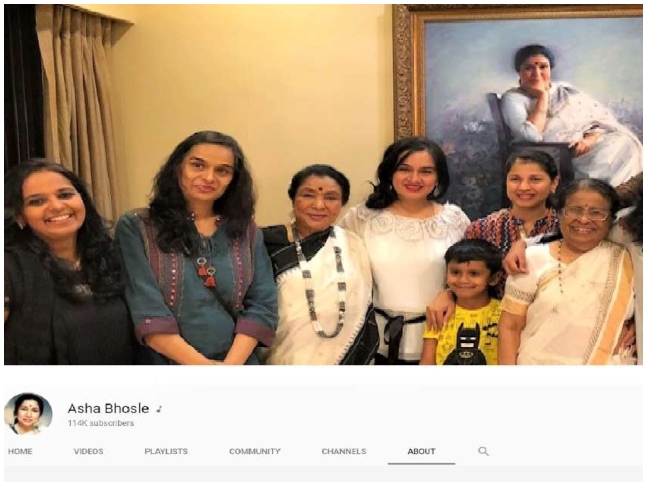 Asha Tai credits her granddaughter Zanai as a reason why she was inspired to explore the new space. “She reminds me of myself. Although she is much younger than me, she sometimes says things from which I can learn and educate myself further. I like that. Sensing my enthusiasm, Zanai egged me on to have my own channel to record my life’s experiences,” Bhosle said.