Bhushan Kumar, over the years, has been responsible for producing some of the best films of Bollywood. Be it action or rom-com, the producer has an eye for blockbusters. Now, as he awaits the ongoing nationwide lockdown to lift to resume work on Ajay Devgn's Bhuj: The Pride Of India and John Abraham's-Divya Khosla Kumar's Satyameva Jayate 2 amongst several others, Bhushan has been planning a surprise for the audience. Well, yes. The head honcho of T-Series, during an interview with a leading daily, confirmed a sequel to De De Pyaar De and Sonu Ke Titu Ki Sweety. Bhushan told that Luv Ranjan and he have sequel ideas in mind for both. For the unversed, Luv produced and wrote the story of the former film and directed the latter.

“Yes, Luv Ranjan and I have a sequel in mind for De De Pyaar De. We are definitely doing Sonu Ke Titu Ki Sweety 2, it’s a great franchise to take forward,” Bhushan told during the interview. 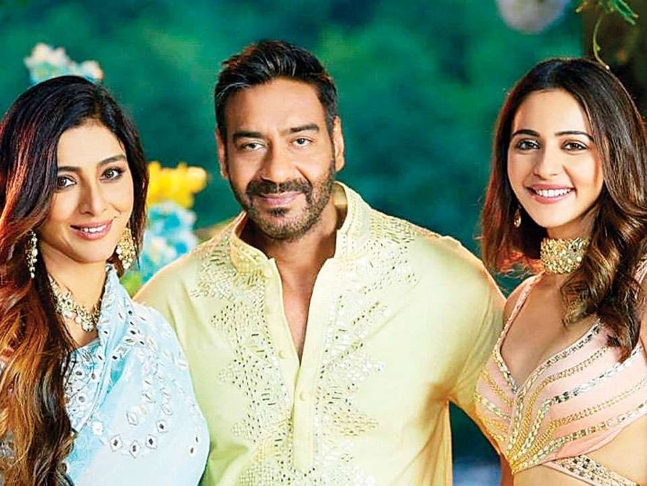 Speaking of De De Pyaar De, the film featured Ajay, Rakul Preet Singh and Tabu in the lead roles. It revolved around Ayesha, a 26-year-old girl who falls in love with Ashish, a 50-year-old man. Soon, a twist in the tale comes Ayesha expresses her desire to meet his estranged wife Manju and the couple's grown-up children. As per the buzz, the sequel will orbit around Ayesha introducing Ashish to her parents. The original film released on May 17, 2019. Talking about Sonu Ke Titu Ki Sweety, the film that told the tale of two best friends-Sonu and Titu, catapulted Kartik Aaryan to fame. The rom-com featured Kartik as Sonu, who is Titu aka Sunny Singh's childhood best friend. Soon, their friendship is tested when the latter decides to settle down with Sweety, played by Nushrat Bharucha who is hell-bent on breaking their friendship and is behind Titu's money. The Luv directorial released on February 23, 2018.