I For India: Karan Johar’s and Zoya Akhtar’s initiative garners more than Rs 52 crores; Ranveer Singh dons his ‘Gully Boy’ avatar to rap a song while Farhan Akhtar performs on 'Rock On' tunes

Karan Johar and Zoya Akhtar came up with an applause-worthy initiative called  I For India that saw several Bollywood and Hollywood celebrities as well as cricketers coming together to raise funds for those affected by the Coronavirus Lockdown. The concert garnered more than Rs 52 crore in funds. Besides several celebs, Ranveer Singh and Farhan Akhtar also performed for the benefit.

@ranveersingh rapping Doori for the I for India concert!

On the other hand, Farhan Akhtar performed his song, Tum Ho Toh, from his film Rock On with his band and also read out a poem in Hindi. Watch him below:

Thank you to all who donated generously to @give_india last night towards the fight against Covid-19. Thank you to @karanjohar & @zoieakhtar for bringing all the artists together. #socialforgood

Karan Johar spearheaded the concert where the celebs performed from their homes. He also shared the amount raised.

From our hearts to yours. Thank you for watching. Thank you for responding. Thank you for donating. #IForIndia started out as a concert. But it can be a movement. Let’s continue to build a safe, healthy & strong India. I For India. Please donate https://t.co/yzXMagyy3z@GiveIndia pic.twitter.com/MTGxXi3kgk

From my home to yours. Watch me on India’s biggest fundraising concert - #IForIndia, a concert for our times. Sunday, 3rd May, 7:30pm IST. Watch it LIVE worldwide on Facebook. Tune in. Donate now. Do your bit. Link in bio. #SocialForGood 100% of proceeds go to the India COVID Response Fund set up by @give_india

He also expressed gratitude to everyone for supporting the I For India fundraiser to battle COVID-19. 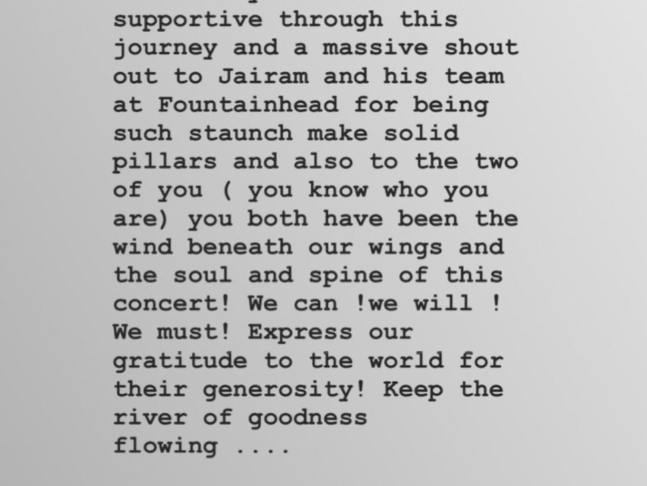 Zoya Akhtar's cause was supported by her father noted lyricist Javed Akhtar as well.