Riddhima Kapoor Sahni, after two days of her father Rishi Kapoor's sudden death, reached Mumbai yesterday night. A resident of Delhi post marrying Bharat Sahni, Riddhima started her journey from the capital by-road on May 1. Due to a stringent nationwide Coronavirus lockdown, she couldn't reach Mumbai for the funeral. After seeking due permission to travel by road and not fly, Riddhima is now finally with her shattered mother Neetu Kapoor and brother Ranbir Kapoor.

Riddhima, the firstborn of late Rishi and Neetu, reached Mumbai last night with her nine-year-old daughter Samara Sahni. While leaving Delhi for Mumbai, she shared an update on Instagram stories. Riddhima posted a video taken inside the car and wrote, "Driving home Ma. Enroute Mumbai" 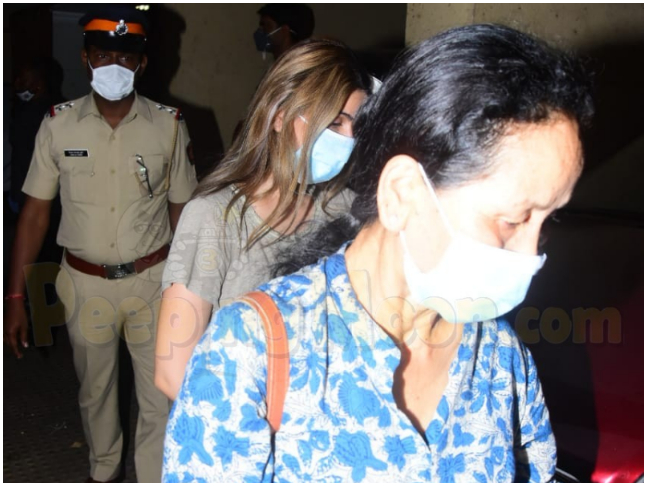 Soon after learning the shocking news of her father's demise, Riddhima posted a heart-wrenching note for him. Bidding a tearful goodbye, she wrote, "Papa I love you I will always love you - RIP my strongest warrior I will miss you everyday I will miss your FaceTime calls everyday! I wish I could be there to say goodbye to you ! Until we meet again papa I love you - your Mushk forever"

Veteran actor Rishi was diagnosed with leukemia in 2018. He was then taking treatment at a hospital in New York. Last year in September, the Chandni star along with Neetu returned to Mumbai. He breathed his last on April 30 and was cremated at the Chandanwadi Crematorium on the same day. Riddhima, although couldn't be physically present for the funeral, saw the family performing his last rites over a video call with the help of Ranbir's girlfriend Alia Bhatt. Due to the lockdown, the funeral was attended by a few family members and a couple of industry friends.