Advertisement
HomeBOLLYWOODENTERTAINMENT NEWSThey all refused maybe they thought I am an outdated director: Priyadarshan on Ayushmann Khurrana and Kartik Aaryan saying no to ‘Hungama 2’

They all refused maybe they thought I am an outdated director: Priyadarshan on Ayushmann Khurrana and Kartik Aaryan saying no to ‘Hungama 2’

Veteran filmmaker Priyadarshan has revealed that he initially approached big names like Ayushmann Khurrana, Kartik Aaryan and Sidharth Malhotra for the sequel to his 2003 comedy film Hungama. However, neither of the actors was keen on the project and did not show any interest in it. The National Award-winning director finally roped in Meezaan Jaaferi for Hungama 2 that also stars Paresh Rawal, Shilpa Shetty and Pranitha Subhash and says that the new stars must have thought him to be ‘outdated’.

Priyadarshan told PTI, “I didn’t go directly to meet them but my concept was narrated to a lot of actors like Ayushmann Khurrana, Kartik Aaryan and Siddharth Malhotra. They all refused to do the film. Now, I am working with Meezaan. They all refused because maybe they thought I am an outdated director, because I was out of the Hindi film industry for five years.” 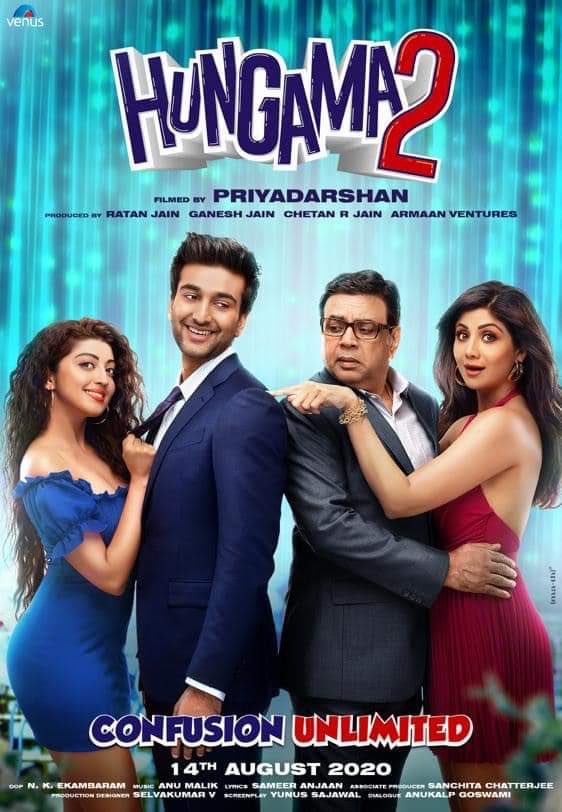 He further said that he like working with actors who believe in his convictions and said, “They seemed disinterested. They don’t tell it to you on your face. I don’t like to beg to actors and I prefer to work with somebody who believes in me. Many times when you request an actor to do a film, they show respect to you, offer you coffee and nicely they will avoid you, because maybe they don’t trust you.”

Talking about the sequel, he said that both the original and the sequel has one thing in common and that is confusion. He said, “It is a film of total misunderstanding. The old film is about misunderstanding and confusion and same is the case with Hungama 2 but the story is different.”

The original Hungama gained a cult status and starred Paresh Rawal, Shoma Anand, Akshaye Khanna, Rimmi Sen, Aftab Shivdasani, Tiku Talsania, Rajpal Yadav and others. The film is immensely popular and holds a place in one of the best comedy films of recent times.