One should head to actor Kartik Aaryan's social media accounts to get entertained amid the ongoing lockdown period. From posting hilarious pictures to making goofy videos and conducting interactive sessions, Kartik has been doing his best to lighten up the mood of people. On Sunday, he was back with another goofy video, which he has made with his sister. In the video, the actor was seen taking a bit of his chapati and clearly hated it. He then moved towards his sister, held her braid and turned her around."No compromise on food quality," he captioned the video. The siblings' video has left netizens in splits.

However, the video did not get down with a lot of people including the celebs, who slammed him for promoting domestic violence during Coronavirus lockdown. Sona Mahapatra, Rituparna Chatterjee, Onir are few celebs called him out on social media. The actor has now deleted the controversial video.

RECOMMENDED READ: WATCH: Kartik Aaryan shares a hilarious video with his sister, gets a tight slap from her in the end

Meanwhile, the entire episode has turned out bad for Sona as well. The singer had claimed in her tweet that she thinks such misogynistic content in Bollywood is his new "PR strategy". Giving examples of Kabir Singh and Indian Idol, she wrote, "Put out misogynistic content or even hire a multiple #MeToo accused & then wait for the feminists to speak up & protest & thus amplify? Free ka publicity."

This guy has become a youth idol by consistently starring in misogynistic films &is happy 2extend it to his disgusting #lockdown video. DV in India is skyrocketing many women stuck 24/7 with their https://t.co/EF3ixCUdY6 this out #India.He influences many more millions than Tangoli https://t.co/g6dyLFvnEf

However, netizens slammed her instead and wondered if she was following some sort of PR strategy, further telling her to look at herself first. 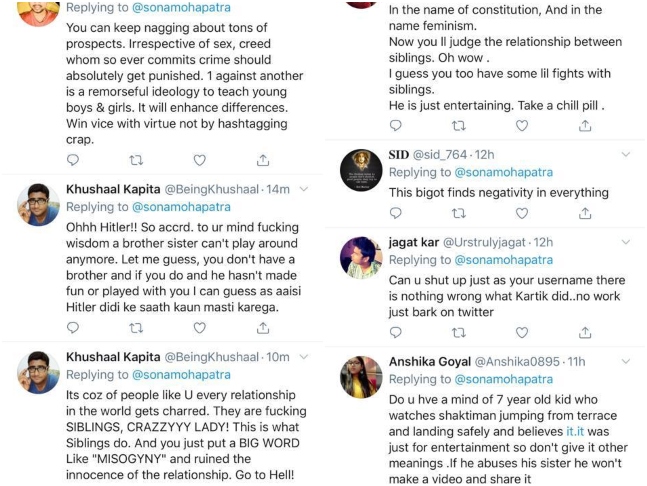 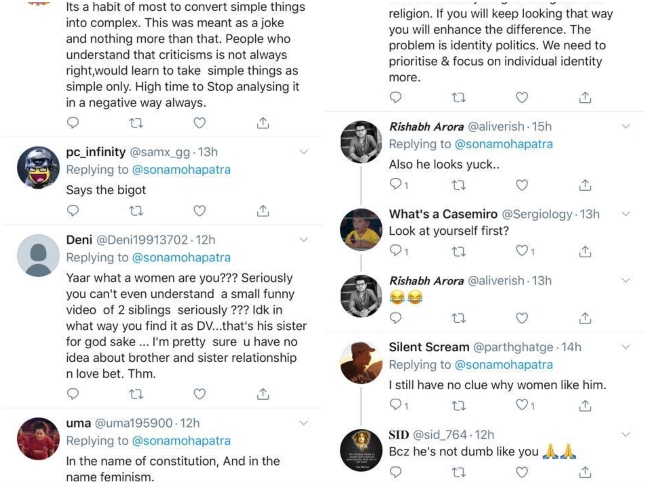 Kartik and Sona are yet to comment on the issue.