The outbreak of Coronavirus in India and especially Mumbai is turning out to be fatal with each passing day. With the number of COVID-19 positives multiplying at an alarming rate, the State Government of Maharashtra, as well as Brihanmumbai Municipal Corporation (BMC), has chalked down hotspots all across the city and the areas under red zone are under strict isolation regulation. One of the containment zones in Mumbai is Andheri West's Oberoi Springs building. Apparently, Oberoi Springs is the address of several Bollywood and television celebrities including Vicky Kaushal, Rajkummar Rao, Chitrangada Singh, Krushna Abhishek, Chahatt Khanna and many more. The plush residential building which is close to Citi Mall, was partially sealed after a 11-year-old girl was tested positive for Coronavirus.

Arjan Bajwa, who also stays in the same complex, during an interview with an entertainment portal, told that the residents of the A and B wing are under strict isolation while C wing members aren't even permitted to step into the lift. The wing that is completed sealed has Prabhudeva, Chahatt, Chitrangada, Arjan and Vipul Shah as neighbours. 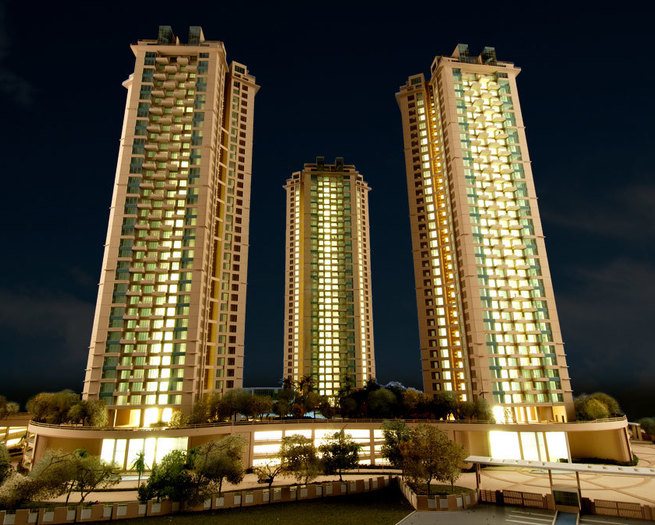 Not just Oberoi Springs in Andheri, buildings where television actors like Tanmay Vekaria aka Bagha of Taarak Mehta Ka Ooltah Chashmah, Ankita Lokhande and many others were sealed due to Coronavirus positive patients.

‘Don’t make headlines using my name as we are NOT related,’ says

You and I: Shamita Shetty & Raqesh Bapat make romance Instagram official with a lovey-dovey photo from their first dinner date