Karan Johar’s ambitious project Takht is one of the most-anticipated films. The film marks Karan’s first attempt to delve into a period drama. It traces the tumultuous relationship between Mughal Emperor Shah Jahan’s son Dara Shikoh and Aurangzeb. It has a stellar cast too that includes Anil Kapoor, Kareena Kapoor Khan, Ranveer Singh, Vicky Kaushal, Bhumi Pednekar, Janhvi Kapoor and Alia Bhatt. However, now according to reports another well-known actor has joined the cast in the form of Jaaved Jaaferi.

Jaaved told a news agency about him joining the film’s star cast. He said, “I'm playing the head priest of Shah Jahan's court. I'm the qaazi who is in-charge of all the religious affairs. It's a very strong part." Takht is scheduled to hit screens on December 24, 2021. 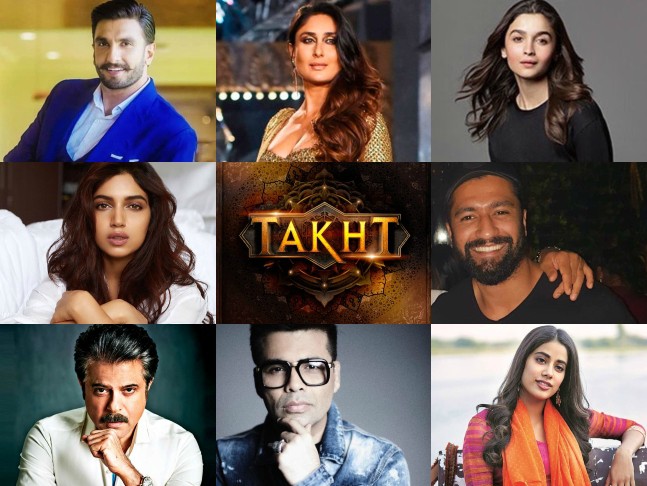 RECOMMENDED READ: It upsets me when people ask about 'Takht' release, not on top of 3000 priorities: Karan Johar opens up on the monumental loss film industry is going through at COVID pandemic times

Meanwhile, on the work front, Jaaved will be next seen in Akshay Kumar and Katrina Kaif starrer Sooryavanshi and Varun Dhawan and Sara Ali Khan starrer Coolie No. 1. He was last seen in Netflix’s film Maska that had Manisha Koirala, Prit Kamani and Shirley Setia too.

Bhagyashree reveals Yash Chopra called her ‘the most stupid girl in