Advertisement
HomeBOLLYWOODENTERTAINMENT NEWSIt was a challenge for me: Farhan Akhtar on gaining 15 kgs in 6 weeks for ‘Toofaan’

Farhan Akhtar shook the nation with his first look when the poster of Toofaan, his next film, was unveiled. With an unbelievable physique of a boxer, the actor definitely set new benchmarks after acing a league of challenging roles with each of his characters. In real life as well, Farhan is known to be the fittest actor for his choices and has maintained great discipline and regime with his fitness. He has never explored the non-fitness route, but with Toofaan, it will be the first time we see him working against this for one of his looks.

To portray the part of a competitive sportsperson, Farhan has undergone major body transformation and has trained in professional boxing to absorb it to the core. He first had to lose weight and build a physique to look the part. After which, he had to undo all of that for a portion in the film that required him to put on 15 kilos in 6 weeks. His body transition from fit to heavy was a massive challenge for his team and him to overcome. 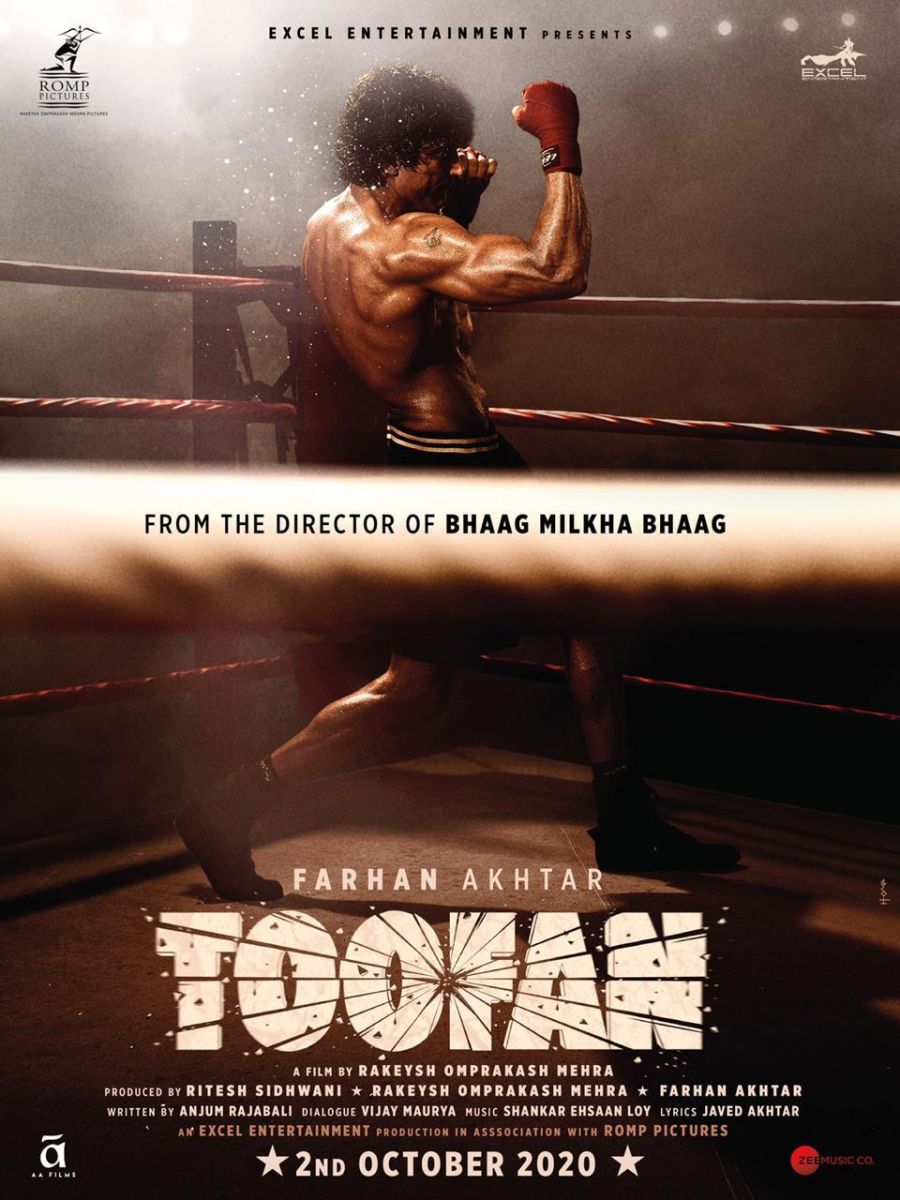 RECOMMENDED READ: Watch: Farhan Akhtar shares a cute video on how he is enjoying self-isolation and self-quarantine with his ‘paw-dorable’ friend

Telling us about his journey to gaining some and shedding none for a character, Farhan says, “For me, fitness is a way of life and not just a routine. Irrespective of my craft, I choose to live a healthy and disciplined lifestyle. I’ve always refrained from indulging in things that could have adverse effects on my body. It was a challenge for me to adapt to a way of living that was completely contrary - with monitored exercise regime, less physical activity and high consumption of fats, carbs, starch. It was tough. Although I balanced consumption of fried food, the starch and fats made up for it and here you go, that’s how I gained an extra 15 kilos!”

It is certainly no child’s play to fluctuate between different body weights and transformations but Farhan has left any stone unturned when it comes to his commitment for character. He has worked exceptionally hard to ace the look of a professional boxer in this one. Previously, he essayed the role of Milkha Singh, a track and field sprinter in Bhaag Milkha Bhaag (2013). The audience is excited to witness Farhan on screen after the tremendous metamorphosis on Toofaan.

The film has a great storyline and has being shot across Mumbai at real locations like the Dongri slums and the Gateway of India. Toofaan also stars Mrunal Thakur and Paresh Rawal. With all the insights from his trainers and peaks into his training sessions, Farhan Akhtar has been keeping his fans updated with his journey on Toofaan. The actor always sports a unique look in each of his films, be it Rock On (2008), Luck by Chance (2009), Zindagi Na Milegi Dobara (2011), Dil Dhadakne Do (2015), Lucknow Central (2017) or last year's The Sky is Pink.

Farhan is all set to step into the boxing ring with Toofaan. The film is scheduled to release on the 18th of September 2020, presented by Excel Entertainment and directed by Rakeysh Omprakash Mehra. Toofaan is an Excel Entertainment Production in association with ROMP Pictures.